Home
Technology
What is an Arcology and How Close are We To Having One? 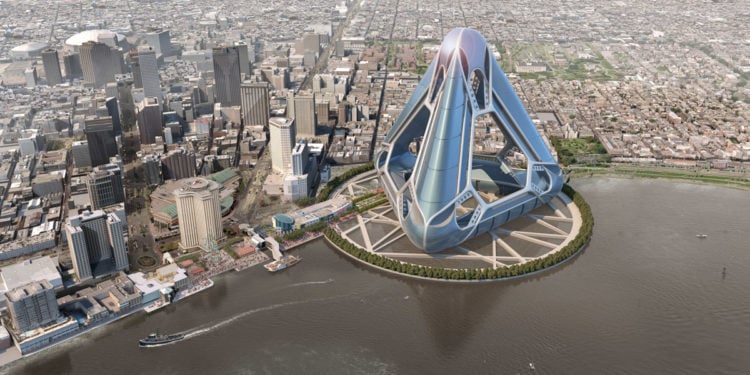 Arcology is a term that comes from combining “architecture” with “ecology.” As for why those two words were combined to create that particular term, well, that takes some explaining because arcology has more than one potential meaning that are connected with one another. In short, there was once an Italian architect who lived in the United States called Paolo Soleri. There were a number of notable things about his life, but he tends to be best-known because of his interest in urban planning. In particular, Soleri was famous for wanting to create arcology in the sense of “architecture coherent with ecology,” which was motivated to some extent by his less than enthusiastic opinion of hyper-consumption. Today, an arcology is one of the most sought after emerging technologies that doesn’t quite exist yet.

Regardless, Soleri’s vision resulted in the concept of the arcology in the sense of a human habitat with a hyper-dense population with a minimized impact on the surrounding environment. As such, the concept of the arcology puts a huge emphasis on a number of principles that support this core cause. For example, the people living in an arcology must have convenient access to all of the infrastructure that they need, thus the hyper-dense population rather than a situation in which the residents are spread out over a much bigger region. Likewise, proposals for arcologies tend to incorporate various ways to minimize the consumption of water and other limited resources, which play into the overall emphasis on efficiency. As a result, people who consume a lot of science fiction should have no problems recognizing arcologies when they see one, seeing as how they tend to be depicted as entire cities packed into singular buildings of a truly monumental scale.

What Are the Advantages and Disadvantages of Living in Arcologies?

The single most notable characteristic of the arcology is pretty much its single biggest upside. Essentially, the design of arcologies means that they use up less resources while providing the same products and services to their residents when compared to conventional cities. Perhaps unsurprisingly, this is very much in line with a lot of the latest thinking on urban planning. After all, the planet is expected to continue seeing population growth for decades and decades to come, though there are some estimates to put the hypothetical “peak population” in the 2040s. Moreover, as more and more people are lifted out of poverty, the planet’s population is consuming more and more of its scarce resources, thus putting further strain on its ability to support modern civilization. Finally, urbanization is still proceeding, so much so that about 68 percent of the planet’s population is expected to live in cities by 2050.

Under these circumstances, there is an enormous need for increased efficiency when it comes to city layouts. Arcologies take matters to much further extremes than most of the proposals that come up, but considering the scale of the challenges that are said to await us in the times to come, it is possible that they are exactly what we will need to overcome those challenges.

Of course, there is more to arcologies than just benefits for human civilization as a whole. As stated earlier, one of the goals of arcologies is to give their residents more convenient access to the infrastructure that they need, which doesn’t just reduce the consumption of scarce resources but also makes their lives that much easier. Moreover, it should be mentioned that arcologies are also supposed to be designed to encourage more social interaction between their residents as well as more interaction with the surrounding environment, both of which are actually pretty important problems in their own right.

Unfortunately, there are also some serious downsides to arcologies. For instance, arcologies are huge buildings, which in turn, means that building them comes with some serious costs. As a result, the parties with the resources needed to fund them aren’t particularly enthused about funding them, particularly since they are still very much an untested concept at this point in time. Moreover, even if someone managed to build arcologies, there would still be the matter of convincing people to move into them, which is bound to be a huge disruption to the societies that contain them. On top of this, arcologies would have to have thoroughly tested designs because the hyper-dense population means that a single error could have a very negative and a very widespread effect on a huge number of people, thus creating an even greater need for testing that is going to be very expensive in its own right.

How Close Are We to Seeing Arcologies in Real Life?

No arcologies have ever been built in real life. Furthermore, there are no arcologies that are in the process of being built in real life. Even Soleri’s experimental town called Arcosanti is still a long, long time away from reaching completion in spite of the fact that it is meant to house just 5,000 people rather than the hundreds of thousands or even the millions that are envisioned for more ambitious versions of the basic concept.

However, there are some popular trends that seem as though they might lead to something similar to an arcology at some point in the far distant future. For example, more efficient buildings have been becoming more and more popular for some time now, not least because of the cost savings for the people who own and operate them. Likewise, it is interesting to note that there has been a push towards vertical farming as a way of providing urban dwellers with much more convenient access to nutritious food for very similar reasons to those behind the initial concept of the arcology. On top of this, it should be mentioned that the urge to build immense buildings is by no means extinct in the present time, as shown by the existence of the Shanghai Tower that boasts space for office, retail, and leisure use. Theoretically, it is possible that these trends will combine into something similar to an arcology in the times to come, though in practice, interested individuals might not want to count on that happening until it actually happens.

20 Things You Didn’t Know About Sendbird