Home
Lifestyle
Health
What is Trypophobia and What Can You Do About It?
Prev Article Next Article 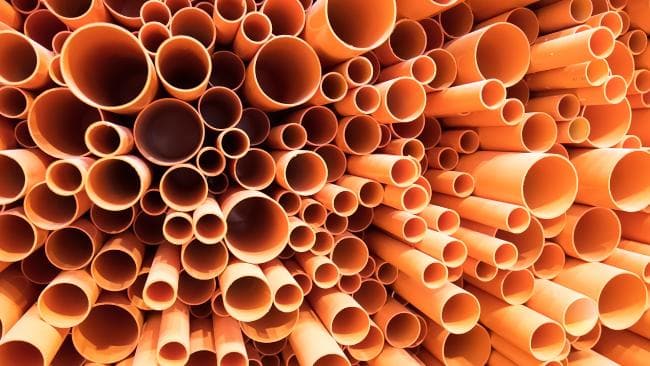 There are many conditions from which humans can suffer and these are generally classified as either a physical or a mental condition. While some of these are officially recognized as a condition in their own right, there are others that are not yet officially recognized and are put under the broader umbrella of other conditions. One example of this is trypophobia. So, what is trypophobia and is there a cure for this unusual condition?

Trypophobia is a very specific phobia that is a fear of irregular patterns, such as clusters of bumps or small holes. At this time, the condition is not recognized officially as a mental disorder. However, it is classed in the broad category of specific phobias. Therefore, those suffering from this condition are usually diagnosed as suffering from a specific phobia and treated accordingly. This diagnosis is only made if the sufferer responds to related stimuli with fear rather than disgust. There are different levels to which a person can suffer from specific phobias and psychiatrists rate these from mild to severe. This relates to the regularity of the person suffering symptoms and the severity of their reaction to stimuli, the extent to which the condition is impacting on their life.

What Are the Symptoms of Trypophobia?

The main symptom of trypophobia is fear and this can present itself in many ways and lead to a range of physical manifestations of fear. It may trigger an autonomic nervous system response, and this can vary from one person to the next. Typical symptoms may include shaking, goosebumps, visual discomfort, an uncomfortable feeling, palpitations, a crawling feeling on the skin, panic attacks, itching, nausea, sweating, and even illusions.

What Can Trigger the Symptoms?

There are many different things that can trigger the symptoms of trypophobia as there are so many things that can have irregular bumps or holes. One example of a potential trigger is fruit that has holes created by insects eating into the fruit. Another example is bumps or holes on the skin of either humans or animals as a result of bites or infection.

What Causes This Condition?

The cause of this condition is unknown, but there are many theories relating to potential causes of trypophobia. One proposed theory is that sufferers are experiencing an unconscious reflex reaction that is based on biological revulsion. Some venomous animals have similar characteristics to imagery that triggers trypophobia. These animals include snakes, spiders, and some insects. The theorists believe that an evolutionary alert instinct means the human brain processes these images as a threat.

Similarly, another theory suggests that a trypophobic reaction is a survival instinct as humans see irregularity as a potential threat. These patterns are associated with infectious diseases and this causes an aversion in sufferers of trypophobia. However, another theory proposes that trypophobia is triggered by spatial infrequencies.

Is There a Cure for Trypophobia?

At this time, there is no known cure for trypophobia. However, one effective method of treatment that can help to reduce the symptoms is exposure therapy. This type of therapy involves a person facing the things they fear. In the case of those suffering from trypophobia, the therapist would expose them to images or items that have bumps or holes.

The purpose of such therapies is to desensitize an individual against the things they fear. This can normalize bumps and holes to a person with trypophobia and, in turn, this can reduce the negative reaction and the subsequent symptoms they usually experience.

Another treatment that can help to reduce the symptoms, although not necessarily cure the condition, is cognitive behavior therapy. This is a skills-focused therapy that helps people to diffuse negative emotional responses. The therapy helps them to change their behavior by thinking about thinking about the triggers differently and replacing negative responses with positive ones.

Although trypophobia is not recognized as a mental health condition, it is classified as a specific phobia. Despite there not being a cure for this condition now, there are therapies that professionals can use to reduce the symptoms and reactions of sufferers, including cognitive behavior therapy and exposure therapies. It is believed that these can help people to change their responses to stimuli that usually triggers a negative reaction.