Home
Cars
The 10 Most Expensive Porsche Cars Ever Sold 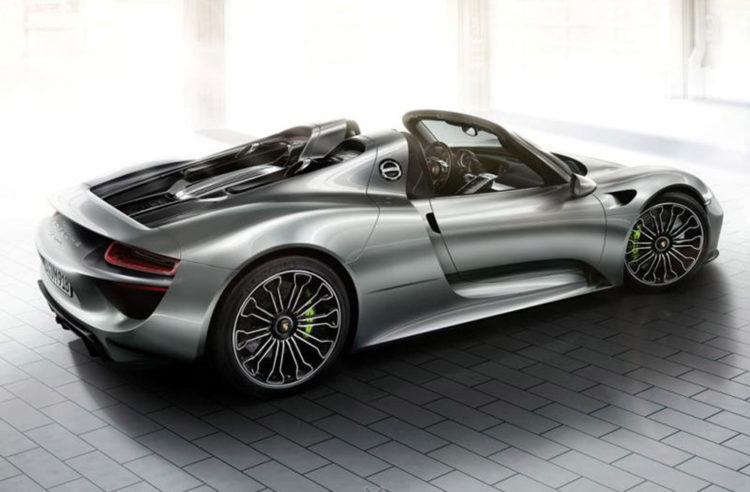 Porsches are one of the most recognizable and the most popular names is sports cars. They are a German made automobile that specializes in high-end, high performance sports and race cars. They are cars that have long been favorites for those who can afford them, celebrities, and the wealthy, since these are cars that are pricey and not everyone can afford them. The company was founded in 1931 and since then, the Porsche brand has participated in motor-racing with a decent amount of success. Porsche has developed a long line of many models where some have grown in popularity as well as in price. No matter what the reasoning is for their increase in value, some people have paid in the millions to get their hands on one of the highly sought after models of Porsches and we have the models that have been sold for over a million dollars. Here are the most expensive Porsches ever sold. 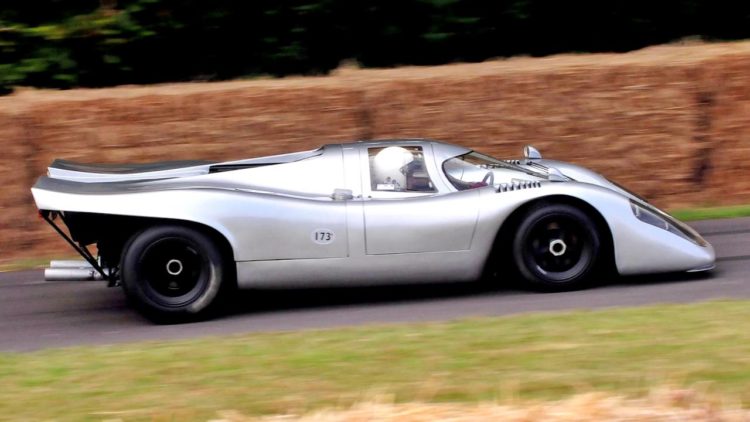 This is a car that has won many 24 hour endurance races over the years, and was a legend. Through the years, changes regarding safety of race cars were required and along with everyone else, Porsche adhered to the rules and regulations and made the necessary changes and the 917K is one of the cars that resulted. The “K” stands for Kurzheck, which means, “short tail” in German, and although the racing version has a more up-sweep to the tail, the road version was altered a bit to make it a more suitable car for the road. Although many changes were made for the road travel version, one thing was kept the same between the race and road version, the engine was kept the same; a 5.0-liter V12 engine. This Porsche was sold for $2 million, one of the most expensive Porsches ever. This Porsche is different in that it is one of the lightest weighted cars in its class. Built by Bayer MaterialScience technology, a major plastics producer. All the materials used to construct it are light weight, which means that it does not take much acceleration at all to get this car to move. The car weighs just 1,496 kg and is powered by a 3.8-liter 4-cylinder DOHC engine by Porsche, which happens to be the very engine that powers the Porsche Carrera S. The concept car was introduced at the 2006 Geneva Motor Show in 2006 and one of the cars sold for $2 million dollars. 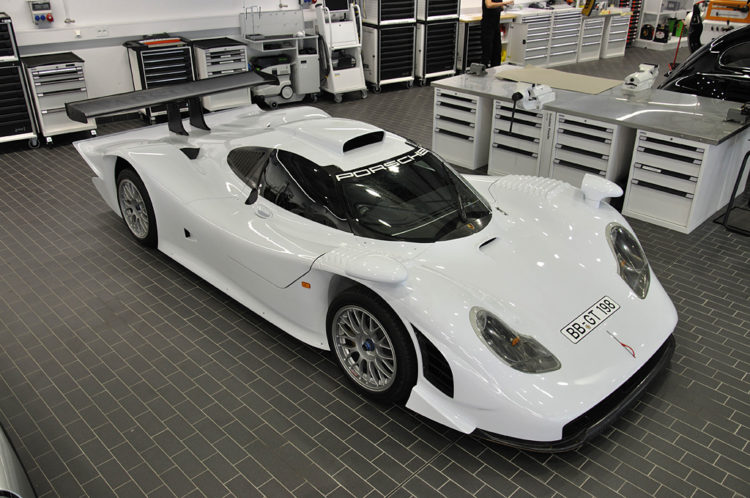 Porsche has always designed their racing cars first, before the road version, which was the case for this particular model, as well. Designed to compete in the GT1 race class, the 911 GT1 was not a success at first. Porsche tried multiple times to get it right and in 1998, they finally did. It proved to be a champ on the racetrack. After the fact, Porsche made the necessary adjustments to make the car road worthy, giving it a 3.2-liter 4-cylinder DOHC twin-turbo engine and the automobile manufacturer only made a limited number of the vehicles. This Porsche sold for $2.2 million, making it one of the most expensive models ever sold. Porsche had to come up with a new design for its winning Porsche, the 917, after racing regulations declared it unsuitable. Due to the changes, Porsche developed the Porsche 911 Carrera RSR 3.0 IROC in 1974. The differences in the two models were that this newer model featured a wider front spoiler, wider wheel arches, along with the signature rear wing, which happens to be the beginning of the rear-wing-craze, (if you ever wondered). The car was designed with a 3.0-liter 2-cylinder SOHC engine that gives you 330 hp. The car sold for $2.3 million, the seventh most expensive Porsches ever sold. 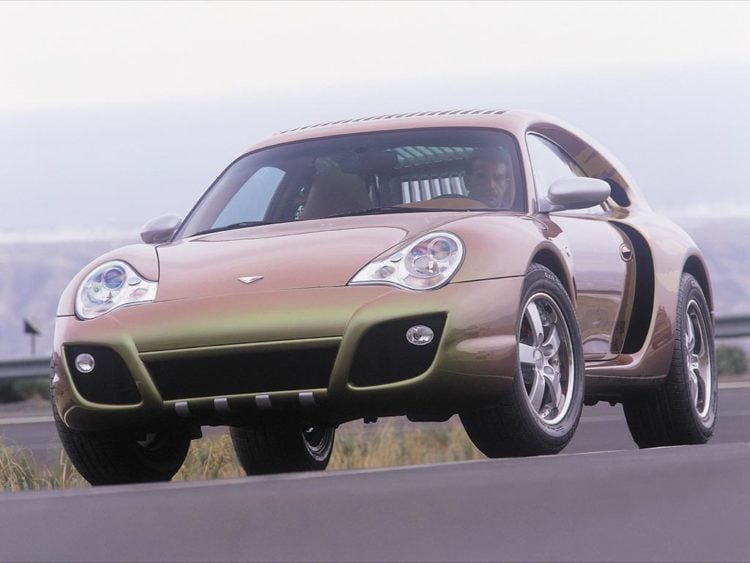 One of Porsche’s most unique designs by far, the Porsche Rinspeed Bedouin offers the driver many features, including a unique way to instantly get more space in the cabin. This car can turn from a four-seater wagon to a two-seater pick-up-and-go in only two seconds, just with the touch of a button. Not only do you get to choose on the number of seats to use during each drive, but the car is the ultimate in fuel efficiency, running on natural gas with almost no Sulphur to burn. The engine put in this machine is a 3.6-liter 4-cylinder DOHC twin-turbo engine that many enthusiasts agree, is not too shabby for a car that is considered eco-friendly. First introduced at the Geneva Motor Show in 2003, now, 14 years later, the car sold for $2.5 million. Only 37 units of the Porsche 718 RSK were built, and it is said to be the closest version of the automobile maker’s first race car, the Porsche 550, and the 718 RSK was developed in an effort to keep the 550 alive, in a sense, perfecting the ingenuity and the integrity of a winning legend. Some differences in the two include, a lower front frame for the 718, which gives the illusion of the letter “K”, which is where the name RSK stems from. The original RSK was developed in 1959 and is considered to be the best year of the model. The 918 RSK was designed with a 1.5-liter 2-cylinder DOHC engine. One of the models was in the actor, Jerry Seinfeld’s possession, which he sold at an auction earlier this year to a new owner who reportedly paid $2.86 million for the memorable Porsche. 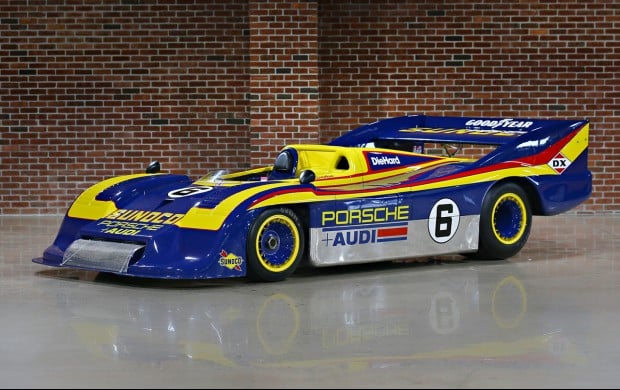 Another one of Jerry Seinfeld’s Porsches from his collection, the Porsche 917 Can-Am Spyder was not one that was built for the long endurance races like many other Porsches before, this one was built to be able to take on the North American Can-Am Challenge race series, which requires differences in the construction of the car. Because a more powerful engine was needed, Porsche designed the 917 Can-AM Spyder with a 54.-liter V12 turbocharged engine, which gives the driver 1,580 hp. This car is said to be one of 16 Porsches owned and sold by Seinfeld at a Gooding & Co. auction and this particular model brought him $3 million from the bidder and auto enthusiast who won it. This particular Porsche has quite a story and has been through multiple changes over the years. It was originally a 1970 model Gulf-JWA Le Mans 917K Coupe, and numbered 026. The car was driven by Mike Hailwood and David Hobbs during the 1970 Le Mans when a rain downpour caused a crash so severe that it required extensive repairs, including a repair and renumbering of the chassis from the 026 to the 031. It was then reissued as a 1972-73 Porsche 917 Interserie Spyder. This Porsche is equipped with a 5.4 liter, flat-12 cylinder, 630 horsepower engine and weighs about 1,600 lbs. It was sold at a 2010 auction in Monterey for $3.9 million dollars. 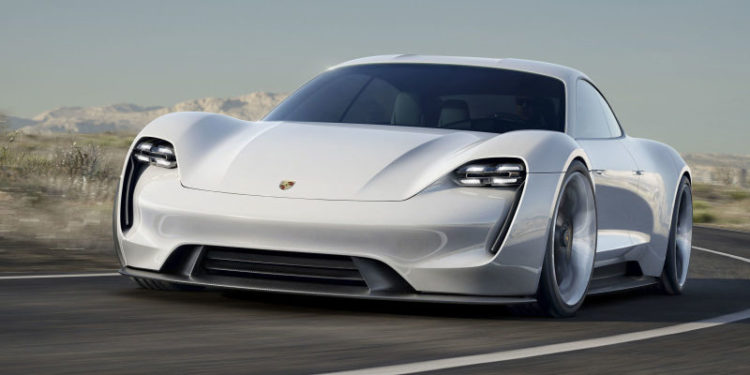 Ok, here we go, down to the final two most expensive Porsches ever sold. Here we have the Porsche Mission E and what a strikingly beautiful model it is. One of the sleekest designs by Porsche, and not only that, but it is the first ever, all-electric sports car by Porsche, hence the letter “E” in its name. The car was designed with a 600 hp 800-volt lithium battery. The car can travel over 500 km on just one battery charge and only charges in 15 minutes, using the Porsche Turbo Charging system, which is remarkable in itself. The car was also designed with an all-wheel drive system with Porsche Torque Vectoring. One very cool feature that you don’t hear of, is the unique eye-tracking, gesture-control hologram instruments at your control. Very cool! It’s no wonder this car sells for $4 million dollars. Here we are, number one Porsche for the most expensive of their automobiles ever sold and it’s been mentioned earlier – the Porsche 550 Spyder. This car was sold at the Bonhams Goodwood Revival Sale for an unbelievable price of $6 million, but it is legendary. This is the original version and has had no restoration done to it, as a matter-of-fact, it’s said that it even smells like the 1950’s. Only 46 units of the model were ever made and it was designed with a 1.5-liter 2-cykinder DOHC engine, which was more than likely, considered a hot little engine in the day. This is the most expensive Porsche ever sold and it is one legendary car.