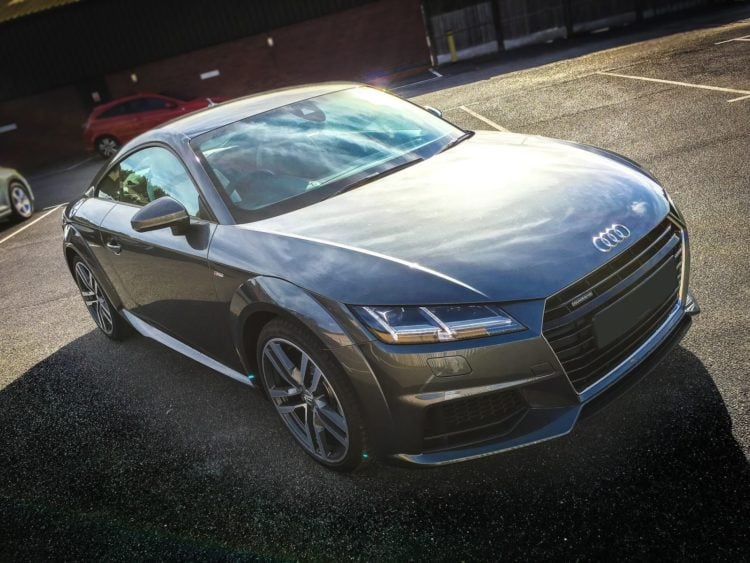 When it comes to the spending we do in this country, now more than ever Americans seem to want to keep their money here at home. Clothing, electronics, and motor vehicles off all types are the particular focus; many would rather support jobs on the home front than ensure employment overseas. One way consumers know to do that is to buy products that are made here at home.

There really doesn’t seem to be any issues with this…until one considers that little foreign car they have always wanted to buy. Unfortunately, it is a foreign car, and they are only interested in buying American, 100%, and all the way. Well, there is good news for you, if you fall into this particular category. While the car you’ve been daydreaming about bears the name of a foreign manufacturer, there is a better-than-average chance that it was made in the good old United States. Since approximately 1970, when Chrysler bought 15% interest in Mitsubishi, there have been foreign cars that are made right here…just like there are American autos with parts and assembly that are central to foreign soil. To put it simply, if you’ve been holding out on that little red car just because it doesn’t say Chevy, Ford, or some other USA-based company’s name, well, you may have just been waiting in vain.

So, we decided to help. Below is a list of ten foreign cars that are built right here in the good old US of A. Maybe there are some listed that you were already aware of, but then there are likely two or three that will surprise you. There are listed from #10 to #1, from the least surprising brand (in our opinion) to the ones we wouldn’t have guessed if the company CEO had told us for himself. Whether you’re in the market for a particular car but have passed it up time and again due to its lack of American heritage, so to speak, or you just want to educate yourself on something new, this is the right piece of light reading for you. Settle in and discover…

10 Foreign Cars You Didn’t Know Were Made in America

The only vehicle produced by the plant in Chattanooga, Tennessee is the Volkswagen Passat. 2011 only saw production of around 22k of this mid-sized family car, but every year since then can boast 100k annually. According to The Street, right around 42% of the parts that make up the Passat are American-made as well, but they are working to get that number up to 84%, and they are striving to get to the point where they are actually putting out around 600k vehicles per year. The Passat really shouldn’t surprise to many for making this list, as it is one of Volkswagen’s biggest sellers here in the states.

Toyota boasts the largest share of the American market, and that for good reason. With facilities in Mississippi, Kentucky, Texas, and Indiana, they are able to keep up with the large sales volume, which is a very good thing, considering all they sell. The Kentucky plant has actually been putting out Toyotas for public purchase since 1988, and puts out the Avalon for US consumers only. But the Camry beats them all out since it is constructed of more than 75% US-made parts. It is the third best-selling vehicle in the States to boot, right behind the Chevy Silverado and Ford F-150. We’d keep production here if we were them. The Ameriocan Accord was a bit different. It was bigger for a mid-sized car, and it boasted a lot of room on the inside. The one produced for Europe and Japan was the opposite. It was redesigned, however, in 2013, and the smaller one was eliminated. The bigger American version took over for all, and thus they are now made outside the US as well, but most released here are made here. As far as sales, it ranks 14th, and it is only one of three passenger sedans in the top 15, which is pretty good, statistically speaking.

In 2009 the Lafayette plant produced its three-millionth vehicle, which happened to be a Steel Silver Metallic Subaru Outback. The Outback is one of the most durable and trusted vehicles on the road, and it has a reputation surrounding that durability. With sales staying high, the five-millionth Lafayette vehicle was produced in 2016…a blue one. Today, Subaru makes a variety of their cars in this very plant, including the Impreza and the Ascent, which is an SUV.

Toyota has proven to be a go-to when it comes to being the producer of strong, dependable, long-lasting trucks for more than forty years. In the beginning they were a bit small, but today Toyota’s larger trucks have given most other brands a true run for their money. The Tundra is one of the most popular, though it is long overdue for some updates. It used to be built exclusively in Indiana, but production moved to Texas, which seemed to win an even larger fan base than before.

Honda Manufacturing of Alabama is the plant responsible for Odyssey output, as well as the Honda Pilot and Honda Ridgeline. But the Odyssey was the very first vehicle the plant manufactured, and that’s not its only claim to fame. It is also the first Honda plant to have engine machining and die-casting done entirely on site, meaning that much more of the Odyssey is American that what we would expect. As a matter of fact, more than 75% of the Odyssey’s parts are produced in the USA.

Manufactured in the USA for sales in the USA, the Titan is a full-sized pickup that the Canton plant puts out along with the Nissan Frontier. The more popular of the two, the Titan boast incredible room, comfort, power, and other extras that many don’t have, and is on the higher end of the pickup price list, but that doesn’t seem to hurt sales. People are more than pleased that this is an American-made truck, resulting in it being referred to as one of the ‘most American’ pickups owned in the nation today.

Kia and Hyundai pretty much fall under the same consideration, with the Hyundai Santa Fe being produced at the very same Georgia plant as the Sorento. With a design center located in Irvine, California, Kia has had the ability to design and produce around 300k vehicles per year at the Georgia factory since 2010, consisting of the models they are best known for: The Sorento and the Optima. While the Kia has yet to get to the same market-share level as Hyundai, they are steadily working on it, and making fair progress, we might say.

If you are driving a BMW that is part of the X Series, you can safely bet that it was manufactured at BMW Spartanburg, which is located in Greer, South Carolina. The plant is currently the highest producer for several models in the X Series, including the crossover SUV. The plant opened in 1994, and has since gone through expansion which made it possible to put out nearly a quarter of a million units per year. The United States is BMW’s largest target market, meaning that having a plant here at home that produces Beemers was one smart move…more than smart.

Since 1997 Mercedes has been manufacturing vehicles in the good old USA, employing more than 4,000 people who work to put out R-Class, M-Class, and GL-Class models. But when they announced that they would be adding the C-Class line to the list in 2014, it really did a lot for the company. Sure, the models there were making were worthy of praise, but the C-Class’s addition was a much needed boost on the higher end of the scale. Since then, DaimlerChrysler has fallen apart, but it hasn’t hurt either Mercedes or the state of Alabama, with both continuing successful US production, making the American consumer as happy as could be.

Well, there you have it: 10 American-made foreign cars. Now you can advance forward with your decision to buy that Toyota, or to get your wife that Mercedes, or whatever the case may be. This list should allow you to buy American with peace of mind, knowing that there are workers right here in this country benefiting from your decision. So, happy shopping, and may the car you buy give you years of pleasure.