Home
Personal Finance
10 Reasons Why The Centurion Card is Worth the $2,500 Fee
Prev Article Next Article 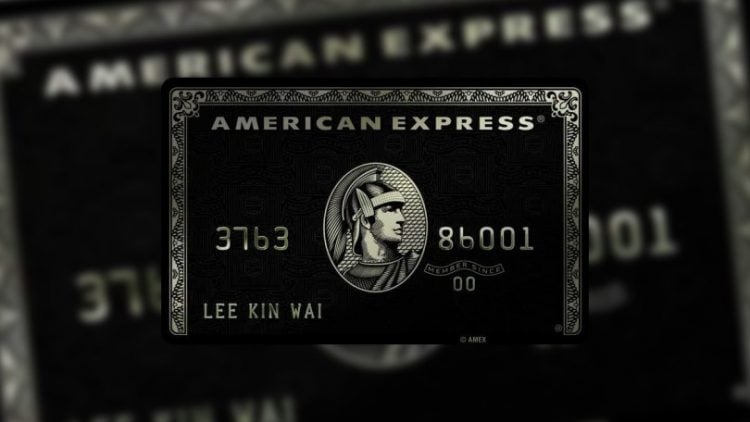 The American Express Centurion Card – also known simply as the ‘Black Card’ – has caused quite a buzz since its release in both wallets and popular culture alike. Known as being the choice card among big spenders, its no wonder it comes complete with a hefty fee or two. With a $2,500 annual fee, it’s clear that this card is exclusive to big spenders. Not only that, it comes with a one time fee of $7,500 just for joining.

The Centurion Card is available by invite only to those already holding an American Express Platinum Card who tend to make larger purchases on a consistent basis and have a reputation for always making on-time monthly payments. If you happen to be one of the lucky contenders to receive an invitation to be a card holder but are unsure if the fees are worth it, the below information should help clear things up.

Because if you didn’t, we wouldn’t be here right now, would we?. The Centurion Card is offered to only the biggest of spenders. Some cards are more rewarding toward those who make small purchases while some are more rewarding to those who make large purchases. This card rewards the latter group. This card specifically appeals to those who make their big purchases in the travel sector. If you’re already the type to spend $2,500 on traveling on your average month, this card will more than pay for itself while offering some added luxuries. No card can match the savings offered by the Centurion for those with a lot of money running through their cards.

2. It Comes with a Concierge and Travel Agent

Speaking of traveling, American Express offers a free-of-charge concierge and travel agent to all of its Centurion Card holders. This alone, some would argue, makes up for the $2,500 fee right off the bat. Concierges, available at hotels, airports and by phone, offer nearly any service you can think of and deliver them in a polite and professional manner. They are bound by a confidentiality agreement as well, keeping your information safe and secure. The travel agents are responsive and will get you where you want to go, when you want to get there. The travel agent/concierge service is what most sets the Centurion Card apart from the American Express Platinum Card.

3. You Get Free Airline Tickets

Upon purchasing a full-fare ticket through a selected airline, American Express offers its Centurion Card holders access to one free companion ticket, allowing you to bring a friend or relative on a trip at no extra cost. First class upgrades can also be had for cheap, assuming you once again decide to fly with an eligible airline. These offers are typically only valid on international flights.

4. You Get Free Nights at Hotels

While American Express might not put you up for a week in a hotel at no charge, those with a Centurion Card who stay at select hotels will be given one free night extra at no charge to them. Extra privileges are also offered at many other hotels worldwide.

5. It Comes with Travel Insurance

6. American Express Has Its Own Lounges at Airports

Another treat for those who fly. Much like Platinum holders, as a Centurion holder, you will receive complimentary access to American Express’ Centurion lounges at select airports. During busier hours, you will also be given access to a quieter, Centurion holder exclusive area within the lounge. There are also several drinks reserved for Centurion holders such as a drink from the Balvenie line, an excellent single malt scotch, as well as Veuve Clicquot champagne, both of which are also free of charge.

7. It Has No Spending Limit

Well, no official spending limit, that is. Each Centurion Card has its own limit primarily based upon its holder’s payment history. Those who sometimes pay in a less-than-timely fashion may be limited to a few thousand dollars, while some holders may have access to millions. The largest known purchase made with a Centurion Card to date accounted for $36 million, which is certainly saying something. Those with lots of money to spend who pay close attention to their payments will enjoy virtually limitless spending.

This all depends on the restaurant you choose to eat at, however. Because the list of applicable restaurants is always changing, it wouldn’t make sense for me to list them all off here as it would become dated rather quickly. For the curious, it may be worth looking into what restaurants they currently offer guaranteed seats at, though, just to get a feel for everything they have to offer.

Restaurants aside, American Express will also get you into a variety of public events guaranteed. Once again, the list is always changing. The Super Bowl; however, is a prime example of a public event that Centurion Card holders have no issue getting into, even at last minute.

If you like shopping but hate lines, your American Express concierge can actually find a retail store outlet of your choice with no customers at the time so you can shop in peace and quiet while enjoying immediate service without worrying about waiting in line.

Lastly, one of the awesome, traveling-related benefits of being with Centurion is its deals on cruise boats. Even if you’re looking to rent out an entire yacht, American Express will generally give you a great deal of cash back on that purchase. Standard cruises will also generally offer some pretty generous cash back. As an added bonus, your concierge/travel agent will be able to find you the best deal, making your cruise even cheaper than it already is.

In the end, it’s really up to the card holder to decide. Perhaps you don’t find yourself using any of these services as it is. Fair enough. But if you do? Going with the American Express Centurion Card can, despite the $2,500 monthly fee, be the most cost-saving endeavor you’ve ever taken up. For anyone who travels on a monthly basis, I would say the Centurion Card is hands down the best card to have at your disposal. Through concierge service, free hotels, great airline ticket rates and single malt scotch, you really can’t go wrong with Centurion.