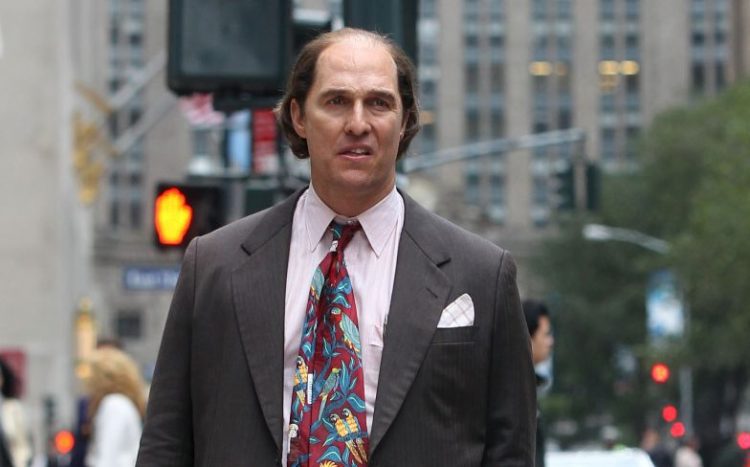 Go anywhere in Hollywood and there will be thousands if not more that will be able to grant you a long list of what it takes to become a success in whatever you do. Among those thousands perhaps a hundred or so will be able to grant any real insight on what it truly takes to get ahead and make something of yourself. While many can tell you what works for them, few will be able to give a relatable and realistic view that could possibly translate to the general public. Matthew McConaughey is one of those few whose story could possibly be relatable, as his manner is so casual and laid back that it’s often hard to believe he is a world-renowned celebrity and not just another down to earth good ol’ boy out for a stroll.

The range he has taken in his roles show that he has obvious talent, and the career he’s established over the years has proven that he is without a doubt a very versatile individual that can portray the simplest and the most outlandish characters. His rules for success are quite simple and concise, laying a well-defined roadmap towards what could the easiest guidelines to follow.

The more you enjoy what you do, the easier it can become. By taking enjoyment in your life and your work you can find a great deal of enjoyment in not only the end result, but the procession of steps it takes to get to wherever it is you’re going. If anyone ever seems to take true joy in their job it would be McConaughey, who seems to be smiling even when his on-screen situation demands a more serious lean.

If you love what you do don’t take half measures. Taking shortcuts and cutting corners often implies that you don’t enjoy what you’re doing, or even halfway respect the process that you will need to engage in to get to that final point. If you take a look at some of McConaughey’s roles you’ll find a man that is willing to do whatever it takes to make his character believable and as real as can be. From “The Dallas Buyer’s Club” to “Reign of Fire” he’s managed to enter each persona he plays with a passion and zeal that is simply astounding.

As it was said in one of the points above, McConaughey seems to always be having fun. The sparkle in his eyes never seems to go away no matter which character he portrays. From his earliest days to the current time he seems to be a man that truly loves what he does and has a great deal of fun throughout the entire process. This is what it takes to really find satisfaction in one’s position in life, the act of just letting go and having fun from time to time.

7. Do your due diligence

Make certain you know what you’re getting yourself into. In any venue, with any platform, know your way in and out of any given situation that you might find yourself in. Know what it takes to exist in that point and time, and know what it will take to create a workable and believable scenario while you are there. McConaughey is very well known for delving so fully into his roles that if not for his distinctive look, one could almost believe that they were looking at a completely different person. To bring such life to his characters he gets to know his roles to such a degree that if you didn’t know him from his past works you might think that he that type of person.

6. Create your own weather.

Go ahead and scratch your head a bit at this one, as it’s a line that doesn’t make a lot of initial sense when first read. However, once you get the idea of how to “create your own weather” you will understand quite easily that what this means is that in order to follow every other line on this list you must be willing and able to create your own environment. You must be able to step outside of yourself and the world you know at that moment to create something inherently unique and engaging that will set you apart from everyone else. Innovation is how life keeps moving forward, and how it is able to remain interesting and new.

If you only do what you know you’ll only produce what people expect. It’s very true that you can slice a loaf of bread many different ways, but in the end it’s still the same loaf no matter how it’s cut. In order to get past the known and do something different and perhaps even unexpected, you’ll need to get outside of that comfy little spot you’ve existed in for so long and do something else that others won’t expect of you. For instance, think of the difference between McConaughey in “Wolf of Wall Street” as opposed to “The Dallas Buyer’s Club”. Despite his telltale accent there’s no doubt that this man steps outside of his comfort zone on a regular basis.

If you see the chance to do something great then take it, don’t hesitate. Those moments don’t come around often enough that you can afford to just casually miss them and expect to get another one. If you have the means to take the opportunity given to you then by all means take it. While McConaughey has had his obvious ups and downs in Hollywood, he’s always been one to grab hold of an opportunity when it comes along and ride it out for better or worse.

Don’t go for half measures. If you love what you do and want it that badly then be the absolute best you can be at all times. Should you feel the need to go into anything with only a half-hearted attempt, then it isn’t the right venue for you.

It’s bound to happen, but flinching in life can be the same as flinching onstage. Where actors get another take to get it right however, in life you face the consequences of “flinching” at the wrong moment. Just a few seconds of indecision and life can change in so many different ways that you might find yourself wondering how things could have been different, how they could have been changed around to make everything a little better. The moment you flinch, life tends to take notice.

Above all, keep the creative spark that is the drive behind most things that are done in life. It doesn’t matter if you’re an actor, a writer, an accountant, or a server in a restaurant, maintaining that creative nature is just as important. Creativity drives the act of dreaming, which can help inspire hope. Hope is the reason that life is worth living at all. So no matter what advice you take, remember to look at life with a creative and engaging eye, you might see something that inspires you.

With his deep accent and charming look it might seem like Matthew McConaughey is little more than a run of the mill Hollywood hunk, but the truth is that he is a much deeper personality than this. He is the type of actor that knows how to remain humble but can run with the big names and feel completely at ease, and without a doubt he is one of the more down to earth success stories in Hollywood.

10 Rules of Success According to Jonah Hill

10 Rules of Success According to Vin Diesel

10 Rules of Success According to Seth MacFarlane