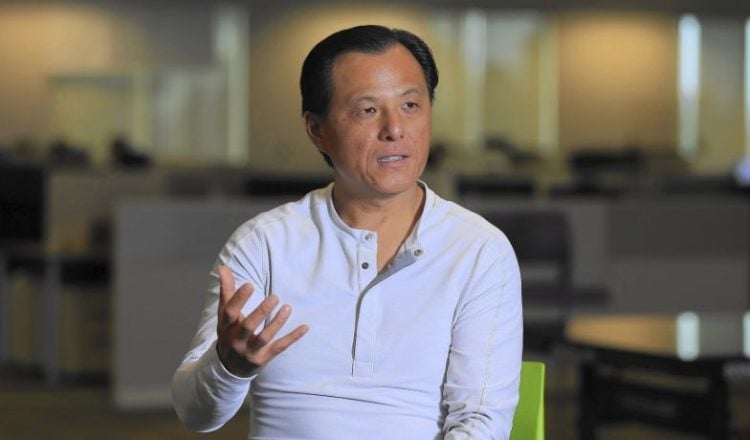 Anthony Hsieh is an entrepreneur and self-made billionaire. Hsieh is best-known as the founder, chairman, and CEO of loanDepot.com, a nonbank mortgage lender. It is a California-based company but also has headquarters in Texas. He has established a long and successful career as a mortgage industry expert and this is a field. He has worked in the loans industry for over 30 years. Hsieh has built a reputation for integrity, innovation, and market timing. This has led him to become extremely successful despite the many housing and economic cycles He has navigated throughout his career. Here are 10 things you didn’t know about Anthony Hsieh.

Prior to founding loanDepot.com, Anthony Hsieh founded LoansDirect.com. The entrepreneur did this by acquiring a mortgage brokerage company in 1989 and transforming it into an online loan company. Hseih did this at the right time as it was just when the Internet was taking off. Throughout the 1990s, this mortgage lender was one of the most successful and profitable. In 2001, E*TRADE Financial acquired the company.

2. loanDepot.com is the Second Largest Nonbank Consumer Lenders in the United States

Hsieh’s company, loanDepot, has expanded to become the second largest nonbank consumer lender in the whole of the United States. It also ranks as the fifth biggest retail mortgage originator in the nation.

3. His Business is Rapidly Expanding

Due to its success, loanDepot.com is continuing to expand at a rapid rate. Across the country, loanDepot.com now has over 6,500 employees. Of these, more than 1,700 are licensed loan officers. Between them, they hold in excess of 12,000 loan licenses.

Another company founded by Hsieh was HomeLoanCenter.com. Anthony Hsieh founded this company in 2002. It was ground-breaking as it was the first online lender that offered consumers a full spectrum of home loan products. The loans were tailored to the individual and the website displayed live interest rate quotes. In 2004, HomeLoanCenter.com merged with LendingTree, an IAC/Interactive subsidiary. Hsieh continued to lead the business for three years after the merger.

5. He is Creating a Brick and Mortar Presence

Although the majority of Hsieh’s business takes place online, the entrepreneur also wanted a bricks and mortar presence. He achieved this by acquiring iMortgage and mortgage Master. These businesses have 130 branches in physical locations around the United States. They do not handle the online loan applications.

As an industry expert, Anthony Hsieh regularly contributes to a range of media publications on the topics of finance, loans, and mortgages. Some of the publications for which he has contributed include The Wall Street Journal, USA Today, Money Magazine, The Los Angeles Times, and Associated Press.

7. He Has Regularly Commentated on Television

Another way that Anthony Hsieh has shared his industry expertise is providing commentary on a wide range of television shows. These include the Fox News Channel, CNN, and CNBC.

8. Hsieh is a Keen Sailor and Fisherman

Despite having a busy professional life and many responsibilities, Anthony Hsieh still finds time to enjoy his hobbies. He is passionate about the ocean and loves spending his free time sailing and fishing. This is something Hsieh has enjoyed since his childhood.

9. He is Owner of Team Bad Company

Anthony Hsieh enjoys sports fishing, so he became the owner and captain of Team Bad Company. Hsieh is also one of the anglers in the team of seven. They use a specially outfitted technologically advanced 101-foot vessel for competitions. They are one of the world’s most successful fishing teams and have won in excess of $6 million of prize money. Hsieh has personally caught both Blue and Black Marlins of over 900lbs. The team travels the globe to participate in the biggest competitions.

10. Hsieh Has Big Plans for the Future

Although he has already achieved a phenomenal level of success, Anthony Hsieh is not yet satisfied and has big plans for the future. He is planning for loanDepot.com to provide a wider range of loans from all sectors for consumers. By diversifying his company’s lending origination portfolio, Hsieh hopes that the company will remain sustainable in all market conditions. His business is also in the process of developing an app, which is something that loanDepot.com doesn’t have right now and that is in demand from consumers.