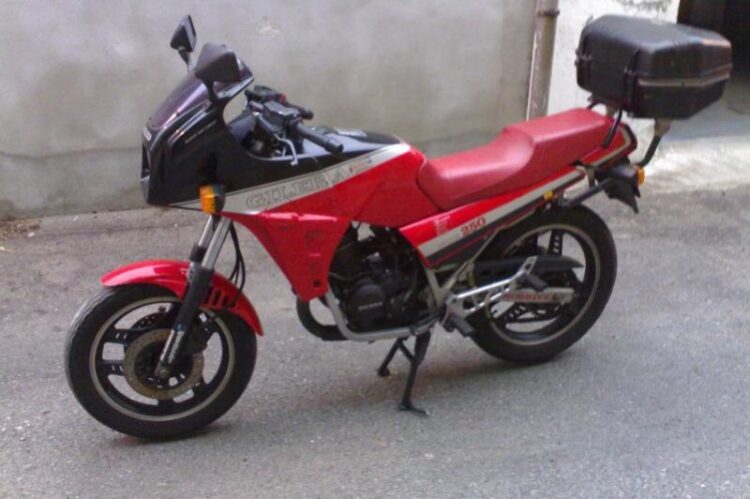 This motorcycle uses liquid as its cooling system for its engine. Most people assume that they can use regular water for their engine since the liquid is mostly water. However, according to McNally Institute, regular water freezes and rusts; hence, alcohol-based coolant is used. This cooling system is advantageous in several ways. Compared to air-cooled motorcycles, this cooling system reduces engine breakdowns. Since the liquid is in the engine throughout, the engine continually stays cool. That means the engine can function without overheating. As for air-cooled motorbikes, they have to trap air from the atmosphere. However, they do not trap enough air to cool the engine in most instances, hence tend to overheat and break down easily. Most motorcycles are a nuisance because of the sound they make. Using such motorcycles will only attract angry faces from neighbors. Thankfully, liquid-cooled engines reduce noise by absorbing the sound made by the running motorcycle parts. According to Science Daily, some physicists demonstrated how liquid absorbs sound using liquid foams.

The motorcycle uses a two-stroke engine. In an engine, four essential processes occur, e.g., compression, power, exhaust, and intake. The engine uses two piston strokes to complete those processes. It can do this with a crankcase and the underside of the moving piston. Although most cyclists prefer four-stroke engines, two-stroke engines still share some advantages. The engine does not have valves. Valves usually increase the weight of engines, hence making the entire motorcycle heavy. Therefore, with a heavy motorcycle, it becomes difficult to accelerate with it or go over a hill. If you were relying on it for a race, you would lose. Since it does not require valves, it is also beneficial to the manufacturers in terms of cost effectiveness. That means they will not need to buy the necessary parts to make valves. In most engines, they have to be positioned in a particular way. If not appropriately positioned, some oil may spill out; hence none of it may reach the engine. Since this engine does not use valves, it can be positioned in any way, and it will still continue running.

We earlier mentioned the significance of having a light motorcycle in terms of acceleration. Gilera understood that and made this motorcycle which weighs 352.7 pounds. According to Flow Racers, any weight above 500 pounds is considered heavy for a motorcycle. Besides fast speeds, it is also possible to maneuver with this motorcycle due to its weight. That means when you turn, especially while overtaking, you will not apply much effort in turning in the other lane. Apart from overtaking, you will be able to take sharp corners without losing your stability. That would explain why motorcyclists hardly lose control of their bikes in motorcycling races. Due to its lightweight, it is quite limiting. Like most sports bikes, this motorcycle does not have room for an extra passenger. Even if you could carry a passenger, it would beat the goal of achieving fast speeds since they would make the motorbike heavier.

This motorcycle uses the most common transmission called chain drive. In this transmission, the motorcycle is powered when chains transfer power from one place to another. The chains move when the output shaft spins. Eventually, the movement of the output shaft spins, and the chains cause the wheels to move. Chain drive is the most effective transmission when it comes to fuel efficiency. That is because they are as effective in transmitting power as engines. They have a transmission rate of 98%. So, when you power this motorcycle, you will be using chains to transmit more power than the engine. Also, in this transmission system, its chains are lightweight. Once again, they do not add unnecessary weight to the motorcycle. Another benefit of it being lightweight is its ease of service. For instance, you can easily remove the chains out of this motorbike without feeling the struggle you would with heavy chains.

Compression ratio is the measure of how much air and fuel can fit in a cylinder. Fuel in an engine is not enough to get the motorcycle running; the piston must also combust the petrol to facilitate the motorcycle’s movement. So, the pressure must be high enough to get the motorcycle going. Therefore, if the pressure is high, the temperature in the engine will also be high. High temperatures are ideal since fuel will be combusted completely. This motorcycle has a compression ratio of 12.5:1. This compression ratio is considered very high. Since fuel will be combusted completely, it is good for fuel economy. That means it will not emit any of it into the atmosphere as waste. At the same time, you will get fast speeds from it since it utilizes the fuel in the engine rather than eliminating some of it.

Few people know what features constitute a sports bike. Hopefully, by reading this article, you understand what makes the 1986 Gilera NGR 250 an ideal sports bike. In racing, acceleration is key to winning in races. So, this motorcycle is fast because of its lightweight, compression ratio, and transmission type. Although speed is a desired trait in this motorbike, you also have to appreciate how friendly it is for the environment. Due to its high compression ratio, it doesn’t eliminate a lot of waste gasses into the atmosphere. The gasses contain carbon dioxide, which is responsible for global warming. So, if you are passionate about environmental conservation, this is the motorcycle to get.