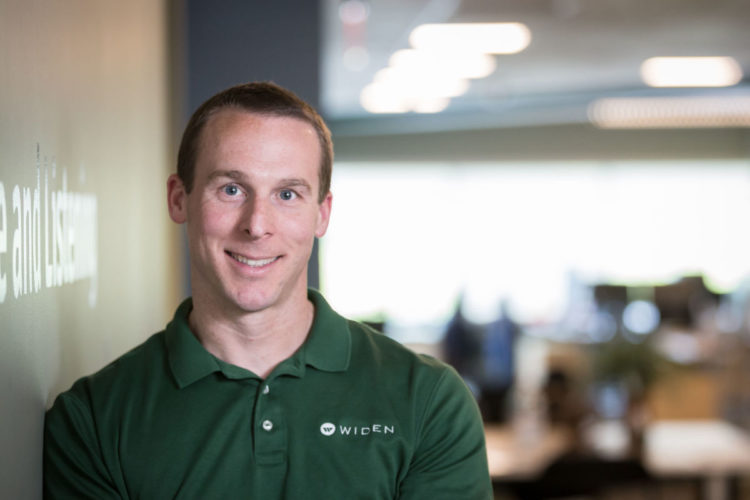 Matthew Gonnering, the current CEO of Widen Enterprises, has made truly great leaps and bounds throughout his career thus far. However, there are many people all over who know very little about this new leader within Widen, and that’s why we are here. In this article, we are going to give you a little insight into the life of Matthew Gonnering, and see where he is planning to take the 61 year old company in the years to come. So, let’s get started.

Matthew Gonnering is only 41 years old, but has been deemed very wise beyond his years, as well as very experienced and cunning in this role and position that he has taken on.

He had just recently gotten his degree in business administration (we’re talking just a year after graduation) when he took the opportunity at Widen Enterprises as a sales representative, and he was able to quickly move up the ladder through position and promotion from that time on.

He’s Made A Big Influence On The Widen Family:

Early on in his career at Widen Enterprises, Gonnering made a lasting impression on the Widen family, namely with Reed Widen, who is the president and chair of his father’s business. Because of this impression, Reed Widen and his family have invested in Gonnering to get him to his current role, even with continuing his education to advance him even further intellectually with what the business entails.

He’s Looking To The Future:

Once Gonnering fully takes on the reins of Widen Enterprises, which will be effective come April, he has major plans for advancement. With ideas to reach new heights with the advancements of technology and to leverage sales in all different departments, Gonnering truly seems to have no fear.

His Education Is Vast:

As we mentioned before, Matthew Gonnering earned his Bachelor’s degree in Business Administration from St. Norbert College in De Bere, Wisconsin. Since joining the company, however, he has been continuing his education; He is currently enrolled in UW’s Executive MBA program, and is expected to graduate from that program come May.

Matthew Gonnering has a highly motivated spirit, and has no fear of failing whatsoever. He has major goals for the company coming up once he takes his CEO status in April of this year, and he has the drive and passion for this business to get the job done that needs to get done. He ultimate goal is to keep the company going for another 60 years, and so on.

He’s Been In High Positions At The Company Since 2009:

Matthew Gonnering has, in fact, been the Chief Executive Officer for Widen since 2009, and he has been working since to create and help develop new business models for the company in entirety. Although technology continues to advance and change as the years and even months go on, Gonnering is committed to getting the business at the top of the chain.

He Is Married With Kids:

He Loves To Be Active:

Matthew Gonnering has many different hobbies and activities that he likes to do during his free time. This includes things like hunting, fishing, reading, and working out. He also likes to coach basketball during his spare time as well.

Makes The Effort To Be Involved:

Gonnering, also during his spare time, is quite involved within his community and other endeavors. To name a few, he is the lead missionary for Love Begins Here, in which he helps middle and high school students to explore their faith and provide service work to those in need. He also a board member for the Catholic Diocese of Madison foundation, and is on the marketing committee for the St John Catholic Baptist School.