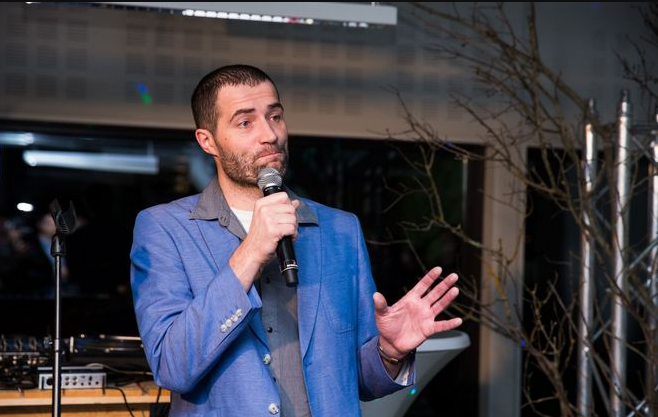 Hailing from Estonia, Timo Rein is one of the most well-known names in the tech world today. He is the co-founder and CEO of Pipedrive, a leading activity-based sales management firm. It is used by over 60,000 sales teams all across the world. The business pulls in approximately $1 million in revenue per month, marking it as one of the most successful sales solutions companies globally. Rein started his career at Vain & Partners, working as a sales consultant and trainer. He worked for some famous clients, including Coca-Cola and Nissan. These were just two names on his 30 to 40-name list, and he worked with up to 500 individuals per year.

Though Rein isn’t that well known by most Americans, he is definitely worth learning a bit more about. He is a fascinating guy, with some great ideas about business. If you are curious about this tech entrepreneur, read on to learn about Ten Things You Didn’t Know about Timo Rein.

He Once Sold Books Door-To-Door

During the year 2000, Timo Rein worked for Southwestern Company (now known as Southwestern Advantage), a company that recruits college students to sell educational books. He performed quite well, ending up in the top 1% of his 4000-man team. He considers this sales experience crucial to his current success.

His First Full-Time Job Was as a Recruiter

When he was still in college, he spent four years interviewing those who were applying for specialist and manager positions. This gave him invaluable experience for his future as a tech entrepreneur, teaching him how to choose the best person for the job. It likely taught him some great interview skills as well, something that he used often during the founding of Pipedrive.

He Is Closely Involved in the Hiring Process

Timo Rein knows that finding the best fit between the employee, the job, and the rest of the team is essential for the continued success of any company. Despite his position at the top of a multi-million- dollar firm, Rein makes sure to have personal input on every hiring position. In fact, he even personally talks to every single candidate, ensuring that his company hires the best person for the job.

He Believes in Targeting Influencers

When you are in technology, the most valuable thing you can have as a start-up is exposure. Rein recognizes the need to get one’s products to the right people. When Pipedrive was starting up, they focused on the top technology accelerators who had portfolios that would benefit from the type of business he was starting. This clearly proved quite successful, seeing as Pipedrive is so lucrative today.

He Has a Three-Step Method for Success

The first step is to enhance your question-asking ability. If you can ask the right questions, you will get valuable answers that will improve your understanding of business. The second step is to put 100% of your energy towards things in your control. Doing otherwise is a waste of time. Finally, you should make your best effort in everything you do. Going all in is the only way to survive as an entrepreneur.

Before Rein started Pipedrive, he had two children already. During the start-up stages of his firm, his wife was also pregnant with a third child. He did his best to balance fatherhood and entrepreneurship, and even underwent a trying time in which he believed his wife was bound to miscarry. Despite this tough life, he eventually succeeded with Pipedrive, making his wife and kids very proud of him.

He Makes Personal Connections with his Clients

One method of data-gathering that Timo Rein greatly approves of is the use of qualitative interviews. These allow him and his team to understand their customer better, and thus serve their needs more accurately. In the long run, increased customer satisfaction will lead to more sales, and thus a more successful business.

He Has Four Steps to Being a Good Leader

His first step is to find the very best talent available, and put them in key places in your team. The next step is to get everyone working together towards a common goal. Then, you must step back and let your team do what you trained them to do. The fourth step is to serve them – if you are constantly available for questioning and advice, your team will respect you more and thus achieve the firm’s goals more easily.

In a letter to his own company, Timo Rein admitted that he was not a perfect leader. For example, he said that he once believed that he could read people well. However, he ended up misreading quite a few people during his time as CEO. He resigned himself to the fact that he was still learning, especially how to hire employees for the proper fit with company culture and the work itself.

This entrepreneur holds a BA in Psychology from Tartu University in Estonia. This training, which he completed in 1999, probably helps him read his new hires and his clients. It is no doubt an invaluable set of knowledge to have, especially in a field like sales.