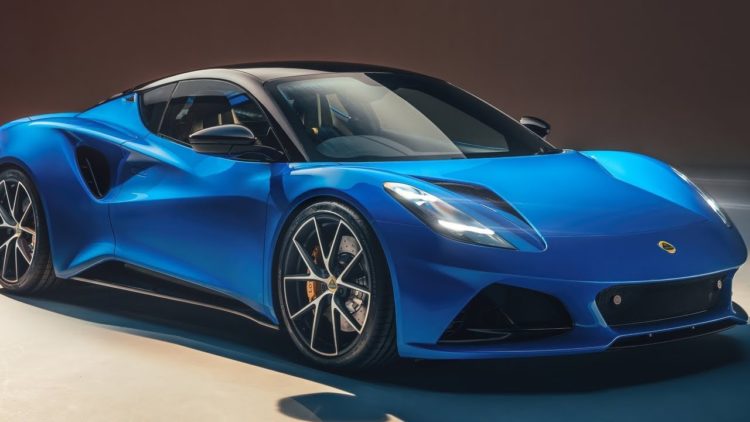 Lotus loyalists are eagerly waiting for the Evija, which is set to be released any time soon. But before Lotus goes electric, it plans on making one more machine with world-class internal combustion – the 2023 Lotus Emira. According to the British Automaker, the Emira is a representation of everything Lotus has achieved to date. The Managing Director, Matt Windle, called it ‘the embodiment of our progress’ and a ‘game changer.’ And from what we have seen, it is clear that the Lotus Emira is more than a swan song. It is a significant company milestone and a taste of what is to come. Let’s take a closer look:

Powered by AMG, the Lotus Emira is the first sports car engine produced by Lotus in more than a decade. It boasts of a 2-litre, 4-cylinder turbocharged engine produced by Mercedes Benz’s performance division. Its top features include:

Lotus’ Design Director, Russel Carr, and his team have produced a modern, memorable, and timeless car that still honors the traditional look Lotus fans love. The 2023 Emira is the first sports car from Lotus to adopt the design language that was first demonstrated by the Evija hypercar. It has an exotic supercar appearance, complete with technical detailing, sculpted surfaces, and a contemporary look. Additionally, the Emira marks a new level of finish and fit for Lotus with the premium look and feel of its materials and forms. Its body is shrink-wrapped and its proportions optimized for the best driving experience. According to Russel, the 2023 Emira “…captures the visual drama of an exotic supercar, with great proportions, wide footprint, and a cabin that sits low down between muscular haunches.”

The line of modern cars from Lotus have all used engines from Toyota, up until now. While this is also true for the rear-wheel-drive Emira, this car has more to offer. According to Roadshow, the Lotus Emira will carry the same V6 supercharged engine found in the Evora GT complete with two transmissions: a six-speed automatic and a six-speed manual. The Emira will also contain another engine – this time, not from Toyota. Motor1 says this second engine is a 2-litre, 4-cylinder turbocharged engine from Mercedes-AMG with an 8-speed dual-clutch automatic.

According to Lotus officials, the lightest version of the 2023 Lotus Emira weighs in at 3,097 pounds. This impressive weight can be attributed to the automaker’s signature aluminum chassis. Something else to look forward to is the hydraulically-assisted power steering, which provided more feedback than electrical systems. But while these are standard Lotus features, the Emira has new features like:

The Emira also has behind-the-seat storage, rear cargo area, cup holders, large door bins, and a front trunk. Additionally, it is the first model in the line to have active driver-assistance features like automatic braking, rear cross-traffic alert, lane-keeping assist, and lane-departure warning, to mention a few.

This is the first time that AMG and Lotus have partnered up, with the former joining the Emira programme as a technical partner. This partnership has seen some major adjustments to the in-line 4-cylinder engine that has been present in all Lotus cars before this. Now, the unit has been fitted with a now exhaust and air intake system to deliver smooth and functional rear-wheel drive. As mentioned earlier, this is not the only change to the Emira unit because the car has two engines. The second one – which Lotus loyalists are familiar with – is the 3.5-litre supercharged V6 Toyota engine that is present in the Evora and Exige. The two work together to give you better power than before. Generally, the V6 unit produces more power than the 2-litre AMG unit. This is because, although the latter can produce 416 hp, it only goes up to 360 hp in the Emira. The V6 has also been detuned from the 416 hp level in the Evora to 400 hp in the Emira. Don’t be discouraged however, because the Emira produces 317 lb-ft of torque – as much as the Evora GT, according to Car and Driver. That aside, the 2-litre makes the Emira 2023 one of the quickest mid-range engine sports car in the market with speeds of 0 to 62 mph in under 4.5 seconds.

The Emira is projected to be available in the US market in fall 2022 with prices set to start at less than €72,000 (£60,000). According to Road & Track, the car will be available to buyers in two trims. Depending on your needs and preferences, you can choose between the Tour Model and the Sport model. As the name suggests, the Tour model is suited to daily road use. It is fitted with premium Eagle F1 Supersport tires from Goodyear and has relatively softer springs. The Sport model, on the other hand, has stiffer springs in comparison. Its tires are Michelin Pilot Sport Cup 2 with more grip. Lotus is also offering an optional Drivers Pack containing launch control and the Michelin Pilot tires. It is important to note that the 2023 Emira is the last ICE car that Lotus will produce, which explains why they have gone all out on this impressive machine.

As you can see, the 2023 Lotus Emira is the perfect embodiment of the transformation and progress of the Lotus brand. It offers all the signature features than loyalists have come to expect from the British Automaker – dynamic driving performance, impressive aerodynamics, and beautiful design – along with a host of other great new features. It also marks a significant step forward for Lotus as the company gears up to go electric. The Emira perfectly builds on the legacy on its predecessors to provide maximum comfort, technology, functionality, and practicality.