In the flurry of activity going on at Adidas, what does it hurt to throw one more frenzy stirring sneaker into the mix? The hot-selling brand has officially announced the launch of the new NMD R1 Tri-Color in a new version of the immensely popular shoe that was first introduced for sale in 2015. The Tri-Color quickly became one of the most beloved of the bunch with a striking combination of red, white, blue and black that proved to be irresistible to an already adoring fan base.

There’s actually a lot to talk about. It’s been three years since the initial launch of the model and it’s only gotten better. The highly anticipated release revealed a stylish and sporty Three Stripes color scheme with big changes on the midfoot. The three stripe design has been ousted and in place of the black tonal stripes is a variation of red/white/blue but the black base is still there. It was time for some upgrades and embellishments in the new alternate. It gets a regular black mesh replacement for the Primeknit upper along with the retention of the red heel brick, but a new black forefront brick replacing the OG blue. On the tongue is a blue trefoil logo and the new NMD R1 Tri-Color gets a midsole that’s a classic white Boost.

The new NMD R1 Tri-Color was first made available through adidas.com overseas. This gives enthusiasts enough time to learn about what’s coming shortly and the buildup of anticipation has been monumental. The delay of the stateside release to later fall has had everyone planning their strategies for obtaining theirs. If we’ve learned anything through the Yeezy releases earlier in the year, it’s been that pre-sale is a privilege that you don’t want to miss out on or you’re going to pay several times over the suggested retail price for the new NM R1 Tri-Colors. 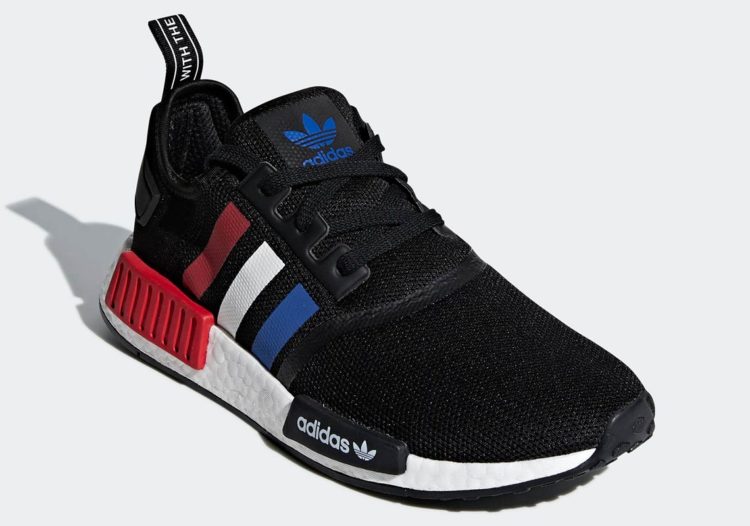 Where can you buy them?

The NMD R1 Tri-Colors in a core black with collegiate royal and footwear white comes with a recommended retail selling price of $130. You’re fortunate if you can find them for this price though. When they’re in stock, you can order your pair from adidas.com and if they’re not available, they also offer them at a variety of online sites including retailers and auctions. 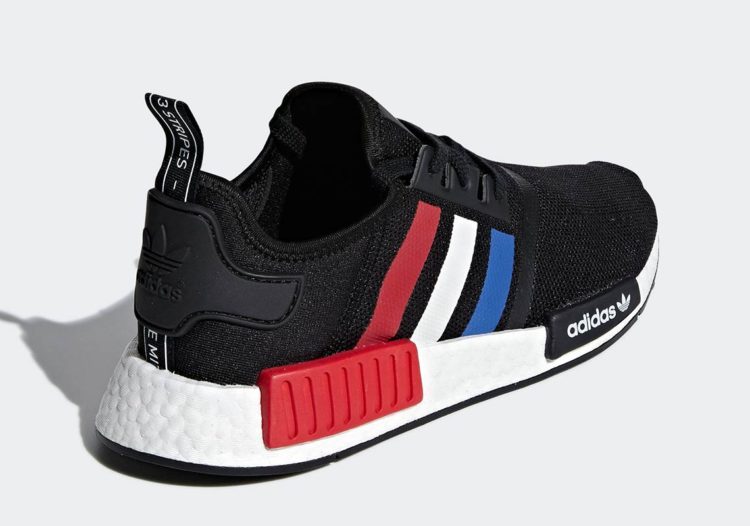 How much do they cost?

Although Adidas offers them for the suggested retail price of $130, if they’re not available there, Fight Club offers them for a starting price of as low as $160 but they do go up to as high as $245 on this site. At Kixify the NMD R1 Tri-Colors start at roughly $208 and go all the way up to $408. The price depends on the size and all the shoes are brand new on this site. At Stockx.com the lowest selling price for the model has been $151 and the highest winning bid has been as high as $535, but this isn’t the norm. The average selling price on this site is an average of $254.

Like so many of the recent specialty releases of Adidas unique models, the NMD R1 Tri-Color is one of those phenomenal products that are in high demand and it sells off of the retail shelves at brick and mortar stores so fast that they can’t keep them in stock. This is one of the factors that makes them in such high demand and drives the price up so high. They are one of the most highly desired Adidas models on the market today.

The Adidas NMD R1 Tri-Color is now available and you can certainly find them, but it’s not likely that they will be priced at the recommended $130. This is now becoming the norm when it comes to special edition shoes. A good rule of thumb to follow when a new release is scheduled is to attempt to pre-order to get the best value. You can always keep an eye on the popular auction sites but beware of knock-offs because there are a few counterfeits out there. Protect your investment by going with a trusted vendor.