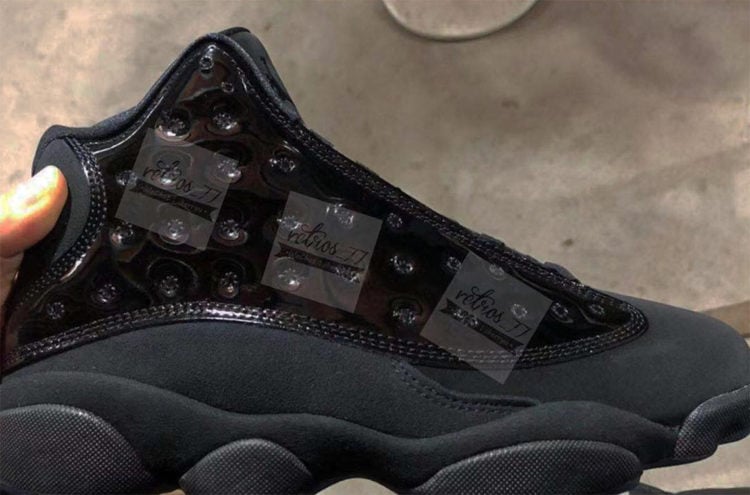 Few people dispute the notion Nike Air Jordans are iconic. As far as sneakers go, they’re some of the most prized and sought after on the planet. Across all of its sneaker lines, Nike is known for innovation and pushing the envelope of performance footwear. Now, it’s offering something completely new – and showing fans it can still surprise. Nike has just released a very special Air Jordan shoe. It’s called the Air Jordan 13 ‘Cap and Gown’ and it is specifically designed for graduation wear. Yes, that’s right. Nike has made a sneaker specifically for use with a…cap and gown (get it?) Okay, so it sounds a bit silly on paper. It sure looks fly on the feet though. And would you expect anything less? Let’s take a closer look at the Air Jordan 13 ‘Cap and Gown’ sneaker and find out how you could get your hands on it.

Make Your Nikes a Sensation at Graduation

So, firstly, the idea for the ‘Cap and Gown’ sneaker was born in summer 2018. In May, the Air Jordan line produced a ‘smart’ version of its popular Air Jordan 11 shoe. The goal was to celebrate the year’s high school and college graduates and create a shoe that doesn’t look out of place on that long walk up to the podium. The ‘Cap and Gown’ version of the 11 sneaker turned into such a big hit that Nike wants another shot at it. In May 2019, it’ll release the Air Jordan 13 ‘Cap and Gown;’ its latest interpretation of ‘graduation-cum-lifestyle shoe chic’ (is that a thing?) Whatever you want to call it, we love it. We’ve had a peek at what’s to come and it’s smart, slick and quietly cool.

The Air Jordan 13 ‘Cap and Gown’ is black all over, like the earlier iteration, so it really can be worn to your ceremony. Unlike the previous shoe, this one has leather sides with softly indented spots. It has patent leather panels accompanying suede hits on the toe, heel and lower half. The all black theme runs across the laces, lining, sole unit and branding. It’s a pretty cool shoe that manages to look exciting and contemporary while also complementing the environment it’s intended to be worn in. When you think of it, it’s exactly what Nike has always done best. It’s just that nobody expected them to get it so right when the environment is a goofy looking cap and cape.

Giving Back and Creating a Statement

It’s great that Nike is paying homage to hardworking students all across the country. Don’t forget though, it’ll receive a huge amount of publicity out of this. There’s nothing wrong with that, it’s just bound to have influenced the brand’s decision to give actual graduates early access in 2018. You don’t get better publicity than this. It means Nike could repeat its offer to give (soon to be) graduates first dubs on a pair of Cap and Gown’ 13s. There’s been no confirmation yet, but we’re saying keep your ear to the ground. Last year, graduates were invited to register for early access codes on the Nike SNKRS app. We’re not sure if they gave everybody who signed up an early pass but there were definitely some lucky folks who got the shoe way before it hit stores.

For everybody else, it’s reported the Air Jordan 13 ‘Cap and Gown’ sneaker will be priced at $200. This is slightly more expensive than the earlier version but it does have an upgraded construction. We’re also told it’s the thirteenth signature sneaker to come from the Air Jordan line. Don’t worry though, even if the number brings you bad luck on the day, you’ll be styling it out like a fiend. Who said you can’t wear sneaks to graduation?

If nothing else, it’s proof that Nike is still striving, still pushing to break boundaries and do brand new things with its shoes. It’s why we keep buying them. They’re iconic because, in a way, Nikes are limitless. They can be shabby chic. They can be upmarket. They can be sporty, casual, rugged, fancy and everything in between. No matter what kind of a sneaker fan you are, there’s a dream Nike shoe out there for you.