Home
Watches
A Closer Look at the Ianos Avyssos 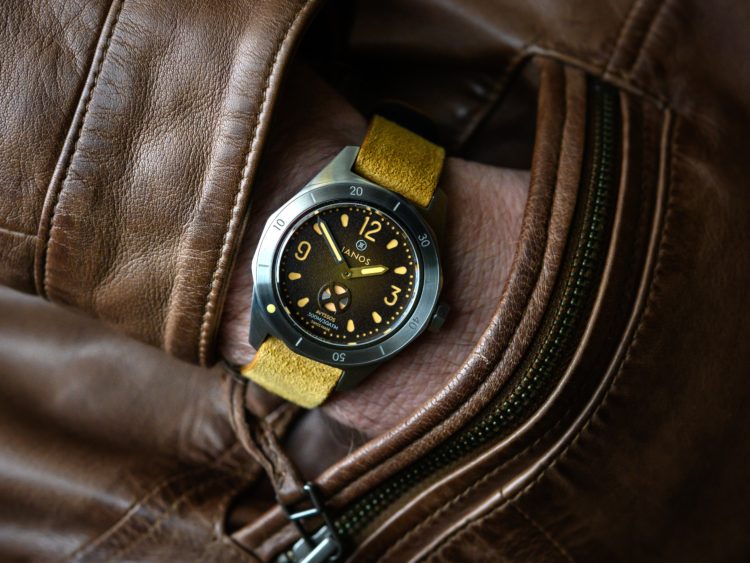 The Ianos watchmakers have a 60 year history in horological creation and while they’re not among the oldest, they’ve made their presence known on the scene. They’ve announced their first diver called the Ianos Avyssos, bearing the surname of the founder of the company. The roots of the watch go back to Greece which bears its own heritage of undersea tales of the lost city of Atlantis, and the Greek divers who found the oldest clock mechanism in the world in an ancient shipwreck off Antikythera.

The Ianos Avyssos is the product of the ancient history of Greek underwater exploration and it has a history that goes back to 100 B.C. It’s closer to an antiquity based inspiration than vintage. The first diver line is well worth a closer look and examination. It’s every bit a legitimate diver with its steel case and flat mineral glass crystal that gives it water resistance up to 300 meters.

The case of the Ianos Avyssos, which is Greek for Abyss, measures 44 mm in its diameter with a uniquely crafted “skin diver” styled case. With the brilliant case back features we’ll get to in a moment the length of the watch is 54 mm. It’s made of stainless steel with a brushed finish. When you flip the watch over, the case back is as impressive as we’ve seen when it comes to stylishness. The rectangular shape of the embellishments feature a round cutout in the brushed steel with girders encasing the round open window that proudly displays the inner workings of the movement. The outer solid part of the case back is engraved with the specifications of the watch and lets you know that the movement is Swiss made. A flat mineral glass crystal protects the mechanics from dust while allowing observers a decent view of the caliber. 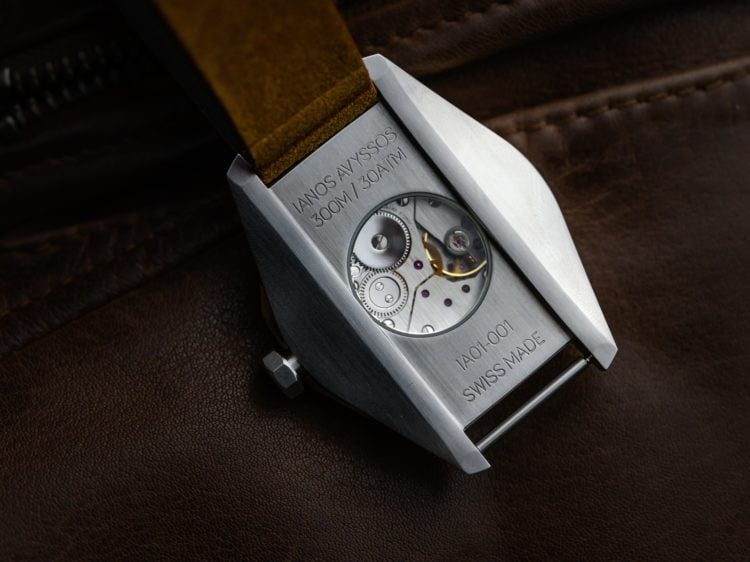 The background of the dial is an interesting combination of colors that you would expect to see when diving off the Greek isles. It’s a melding of deep olive green that graduates into a deep midnight blue that represents the depth of the sea and the aesthetics of the underwater environment. A symbol of the antiquated clock mechanism that was recovered from the ancient wreck is placed at the 6 o’ clock position, which is also the running indicator, serving as a tie between the modern day and centuries past. The hour numerals are shown for 9, 12 and 3 with the remainder of the cut out markers joining them in a light tan color which stands out remarkably well against the dial to give the watch a high degree of legibility. Further enhancing this characteristic is the application of lume to give it readability in low light conditions, like those you would find deep under the ocean’s waves. The hands are a chunky stile and are also lume treated. The bezel is made to be easy to grab with an overhang onto the case.

The movement is an ETA 7001 hand winding without date. It only adds 9.54 mm to the depth of the watch for a more comfortable fit on the wrist. Although not a terrible ornate movement and it bears no special plating enhancements, it’s bridges, big balance wheel and winding gears offer an interesting spectacle to the observer. 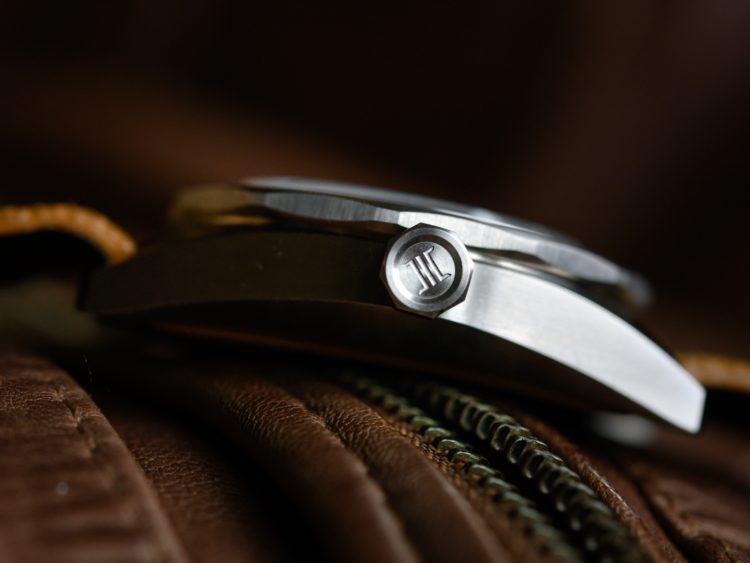 Ianos chose to use a pull through NATO strap in a sandy coloring that is reminiscent of the beach. It pulls through the cutout channel where the lugs. There is something about it that is pleasing to the eye and it has to be the simplicity of the band that affixes the watch to the wrist. The material is calfskin with a suede texture that is ultra soft on the top. The makers had the foresight to add layer of polyurethane with resistance to sweat and water to the bottom of the suede.

We’ve been informed that the Iaonos Avyssos will be made available for sale to the public sometime in the middle of February 2019. The steel version of the watch will be listed at $725 CHF which will be available in three different dial colors. The PVD version, not referred to previously will be offered for 760 CHF.