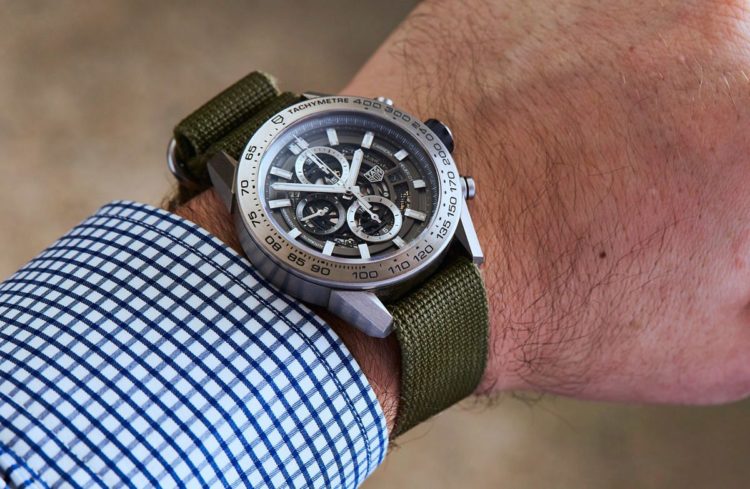 TAG Heuer has long been the go-to name for high-quality watches. In fact, there was a time, several years ago, when this was actually the only watch company that most people thought of when they thought about watches of exceptional quality. It wasn’t until much later that other watch companies started coming along who were producing products that were designed well enough to provide some honest competition. When that competition came along, TAG Heuer decided to step up their production of new watches, and one of the more modern results was the TAG Heuer Carrera Heuer 01 Grey Phantom.

This is a watch that is designed for people that simply aren’t willing to wear just anything on their wrist. They want something that has some substance to it and they want it to be a high-quality item that isn’t going to break or stumble in its time keeping ability every time it takes a little punishment. For these individuals, wearing a watch with the TAG Heuer name isn’t so much about making a fashion statement. In reality, it isn’t about making a statement at all unless it’s one about quality and precision. These are two things that the company has been known for, for several decades. Once again, they have outdone themselves with this particular watch. 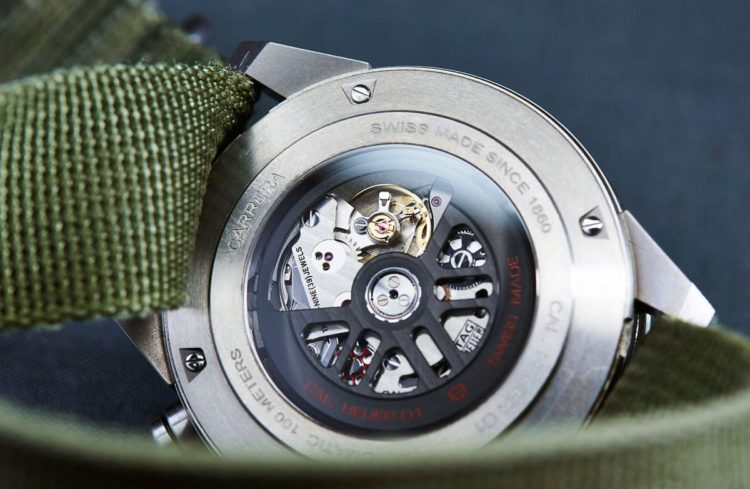 There’s a reason this watch is referred to as the Grey Phantom. It features a titanium case and bezel, along with a wristband to match. Even the face of the watch has certain features that incorporate the same grayish color as the rest of the watch. This includes the three hands and the skeletonized face of the watch itself. With that being said, it doesn’t seem to make the watch any harder to read, even in relatively low light. It does, however, make the watch look incredibly unique. It gives it a modern-day appearance like many of the other skeletonized watches, yet it also manages to look remarkably classic. It’s a hard combination to create, but it’s one that TAG Heuer has created with relative ease. You might expect a company like this one to be able to pull something like this off, and by all accounts, it seems as though they have exceeded even their own expectations.

Some people aren’t so crazy about the wristband, so if there are any complaints, that would probably be the one. It’s really not a problem though, especially when you consider the fact that the watch can easily be removed from the wristband and placed on something different that is more to the owner’s liking. Whatever you might decide to do with it, this is a lightweight watch that can take the challenges of being worn everyday, even if you’re very active and you’re involved in a lot of different types of physical activities. It’s even water-resistant down to 100 meters, so you don’t really have to worry about ruining the watch when you’re wearing it out on the lake or doing some other type of water activity. 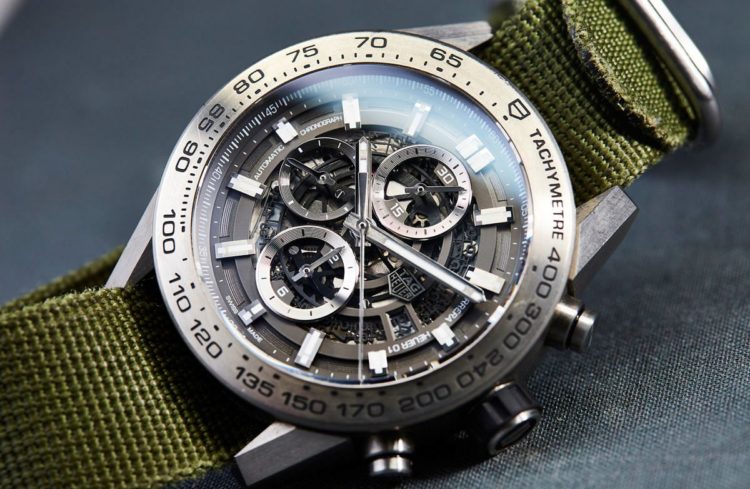 Of course, you know that you don’t even have to ask questions about the quality or performance of this watch once you realize it comes from Tag Heuer. They’re not about to turn anything out that doesn’t epitomize quality and reliable performance, as they have built a reputation on these things since they started building watches so many years ago. This is just one more example of the fine watches that they’ve been producing for generations.

One thing about this watch that does make it stand out from most of the other watches the company has produced is the fact that it sits very tall on your wrist. All in all, it’s a relatively large watch, although it certainly isn’t nearly as big as some of the other modern-day watches that are being produced. However, it makes up for its somewhat smaller size when it comes to its height. It also features a rubber encased winding mechanism, something that is relatively new for watchmakers. It definitely sets the watch off and makes it look somewhat classier than many of its competitors.

If you’ve been thinking about purchasing a new sport watch and you aren’t sure which company you really want to go with, this is definitely something worth considering. It has everything that you’ve probably come to expect from a company like Tag Heuer, it is distinctly modern and extremely creative. It really is the epitome of a high-quality watch, and you’re not likely to find anything exactly like it in the near future.