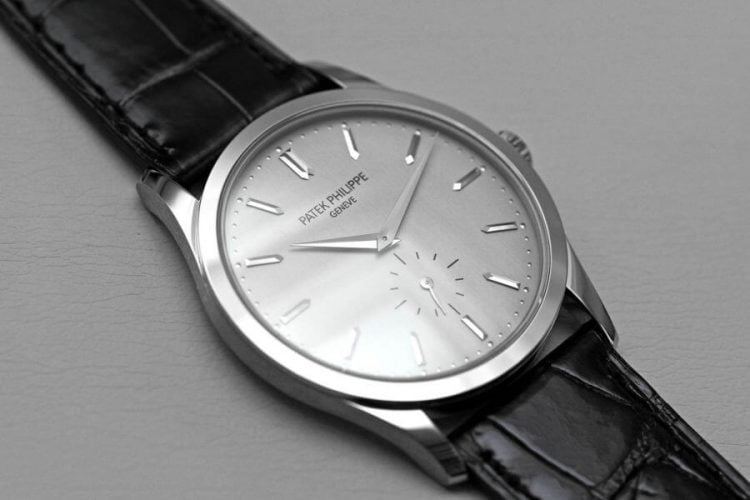 In 1932, Patek Philippe presented the very first generation of the Calatrava. In elegant style, the timepiece perfectly embodied the philosophy of the Geneva watch manufacturer. To date, the wristwatch has maintained the classical aesthetic that the marque stands for. The reliable style, horological precision, and the timeless elegance of the contemporary men’s watches have morphed the Patek Philippe Calatrava into the perfect companion through the decades. Here is everything you need to know about the watch. 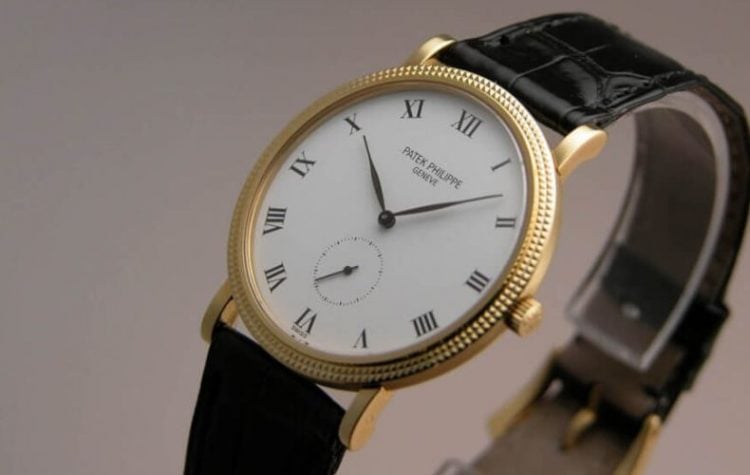 The Patek Philippe watch manufacturer has a rather successful history. The company was first started by Antoine Nobert Patek in 1839. A few years later, he joined forces with an inventive watchmaker named Jean-Adrien Philippe, marking the beginning of one of the most recognized Swiss watch manufacturers in the world. In 1932, almost one hundred years later, Patek Philippe unveiled their first Calatrava model – dubbed Ref. 96. The watch’s design paid tribute to the Bauhaus minimalist principles. As a result, all Calatrava timepieces are characterized by purism and simplicity, and combine pure design with high end precision. Only first-class materials are employed in their construction, and their timeless appeal means that they can be passed down from generation to generation.

The name “Calatrava” was derived from the Calatrava cross. As the flagship model of Patek Philippe, it is the most frequently produced timepiece by the company. The collection pays homage to the Spanish Catholic order of knights established in 1158. Their emblem is made of the Greek cross, featuring fleur-de-lis at the ends. Its origin is attributed to the monks of the order, who prevented an Arabic invasion into the Calatrava town. Antoine Patek was a devoted Catholic, and was deeply familiar with the symbolic significance of the Calatrava cross, subsequently choosing the symbol to represent his company. In fact, all pocket watches produced since 1887 by Patek Philippe are engraved with that logo, which can be spotted on the clasp, the back of the case, and the winding crown. 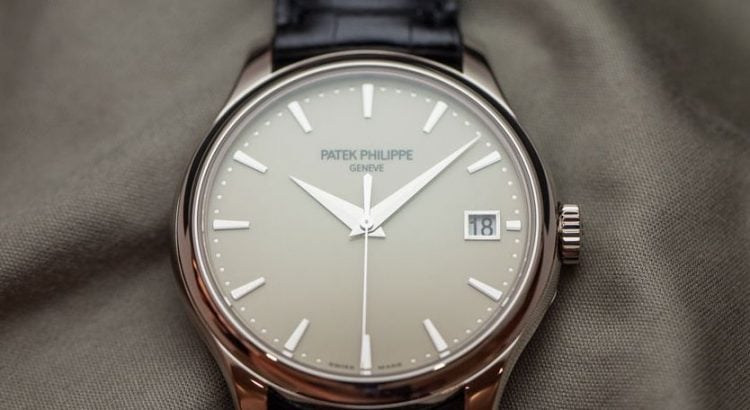 The Calatrava collection features a rare uniqueness. The models stimulate the Patek Philippe style while their refined design is befitting of any generation. Whether it’s a broadly polished or an ultra-slim bezel, or even Clous-de-Paris-décor, the wristwatches are exceedingly versatile. When the Calatrava Ref. 96 was presented in 1932, the iconic timepiece found the Stern family as the overseers of the Geneva-based marque.

The Calatrava’s polished design is evident in the black leather bracelet, slim bezel, black roman numerals, and a white dial. Today, there are several different versions of the watch. More recently, in 2015, the stunning Calatrava 6000G-012 was launched, demonstrating timeless elegance with a silvery grey dial and blue sunburst. This was accompanied by an alligator strap featuring square scales. In the same year, the Calatrava travel Time Pilot, dubbed Reference number 5524G, made its debut at Baselworld.

The timepiece honored the exquisite world of aviation watches, featuring a blue varnished dial, a calf leather strap, and a sleek white gold design. The “home” and “local” day/night indication apertures plus the dual time zone display on the watch makes it ideal for traveling. As of this writing, the watch is priced at a staggering $50,000. 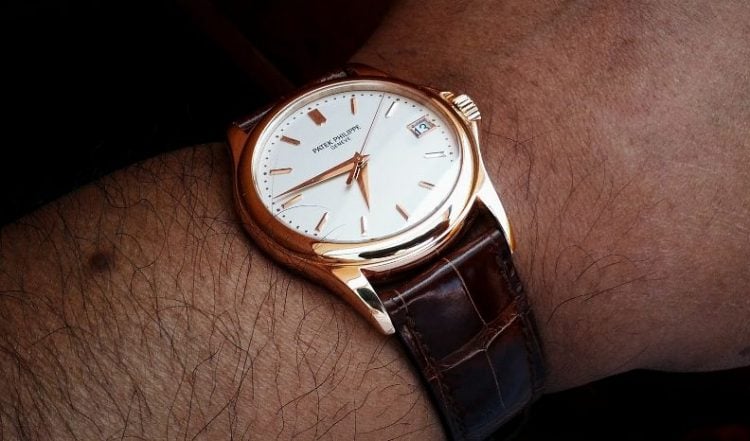 Today, Calatrava models can be found in a wide range of materials and complications. However, the general design structure maintains its classically simple and sleek appearance. Sometimes the Calatrava may include a decorated bezel, a calendar function, or a small seconds-hand. For instance, the Patek Philippe Calatrava 5123R introduced in 2012 came with a small second sub-dial positioned right above the 6 o’clock mark.

It also featured a rare 38mm rose gold & silvery opaline dial. The watch was retailed at $28,000. The simpler white gold Calatrava Reference 5120G-001 was equipped with a white lacquered dial and a Clous-de-Paris bezel. The timepiece just displayed minutes and hours, and was priced at $23,000. Other noteworthy Patek Philippe Calatrava models include Ref. 5196G-001 and Ref. 5153G-001, which are equipped with more sophisticated features like a middle sweep second hand and a date window.

But perhaps the most eye-catching Calatrava models are the Ref. 5298P-012 and Ref. 5297G-001. The former comes with a gorgeous platinum case and a diamond-set bezel, while the latter is engraved with 68 diamonds and features a white gold case. Whether vintage, new, or used, Patek Philippe Calatrava watches are extremely valuable and are one of the most sought-after by watch experts and aficionados. Not surprisingly, as the collection blends decades of experience with fine craftsmanship and traditional watchmaking. 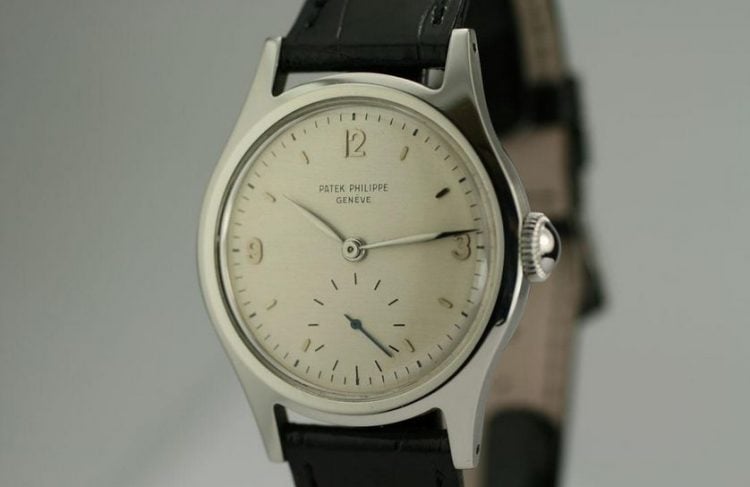 Most modern references (Ref. 96) come in white gold, rose gold, and yellow gold, among other precious metals. Of course, the dials depend on the specific model, but they are mostly cream or standard white, with some featuring a sophisticated black face. A few models, like the 6000G-012 employ a much more elegant silvery gray dial and blue sunburst. The likes of the 5227 come with a date function, but these models are slightly less popular. Unlike other Patek Philippe timepieces that use quartz movements, the Calatrava is only equipped with a manual or automatic movement, and is regarded as one of the finest engines in the history of watchmaking. The entire production process takes place in-house, and newer models can go for as low as $19,000.

Only 37 models have been released since the conception of the Patek Philippe Calatrava, but the lineup has managed to retain its impressive design. The watch is known for its understated elegance and sleek lines, and has survived through the ages partly due to its simplicity. The construction houses one of the most complex and elegant movements ever crafted. Occasionally, the movements may change to accommodate a new model. Whether your watch features a wide polished bezel, the typical hobnail pattern, or an ultra-thin case, the Calatrava is an instantly recognizable model. While luxury timepieces are hardly ever cheap, there are still considerable differences in price levels from one shop to the next. But just like Patek Philippe has always claimed, you never really own a Patek Philippe watch – you merely hold it for the next generation. 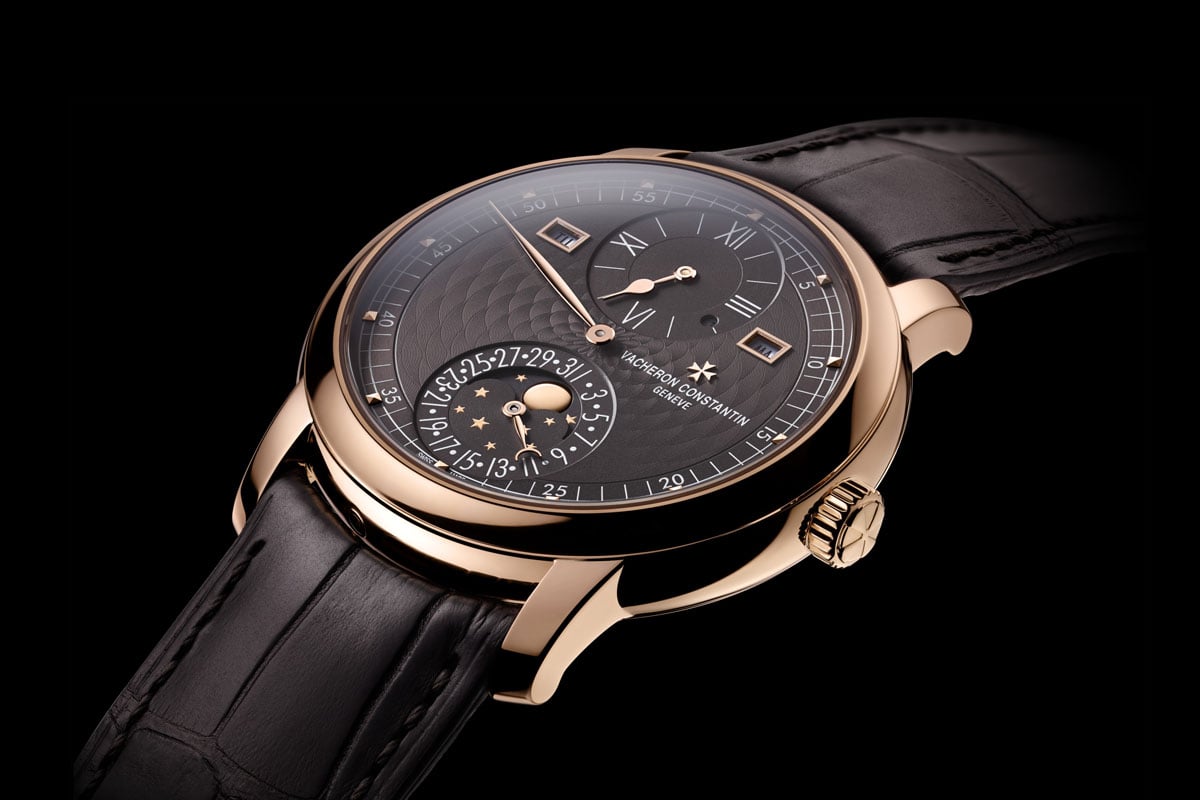 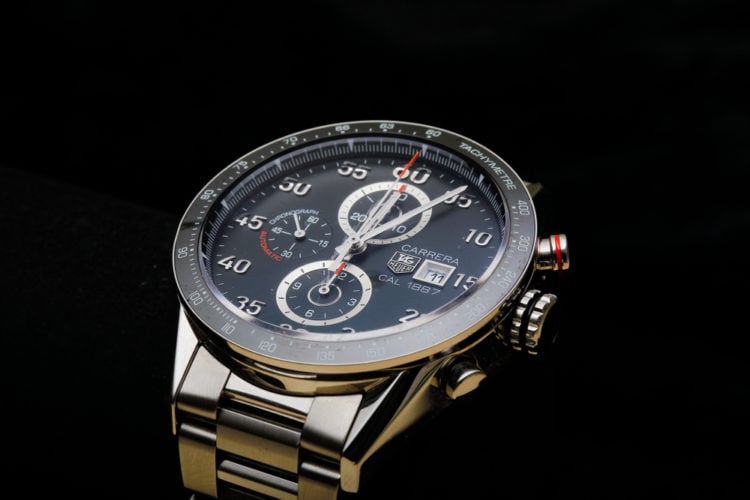 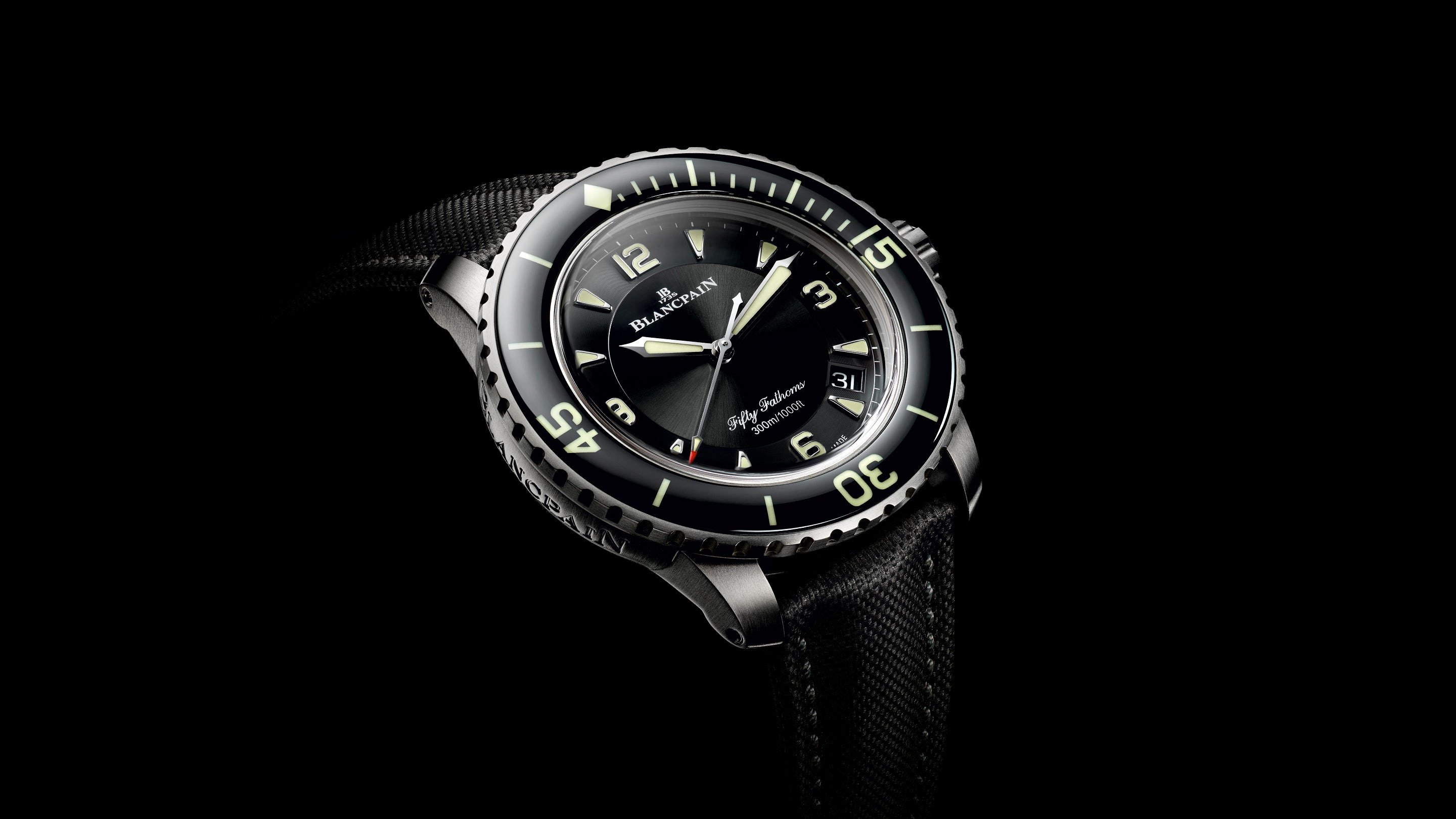 One of the most beloved dive watches ever offered was the Blancpain Fifty Fathoms. It made its first appearance in 1953 and has remained a classic ever since. Now, for 2019, there is a new… 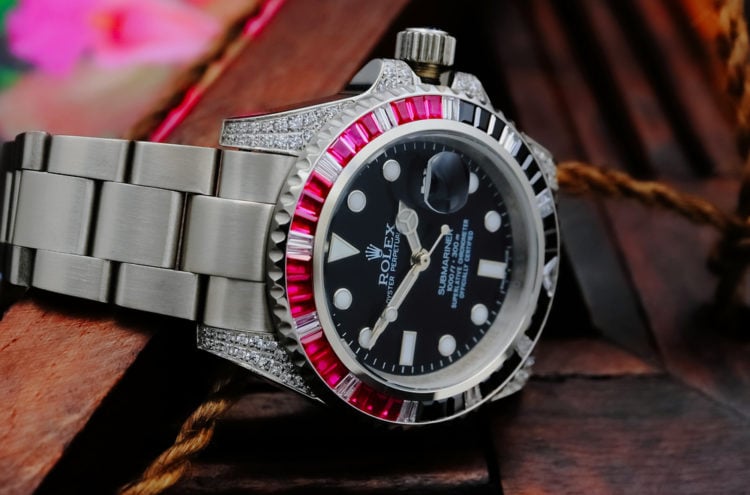 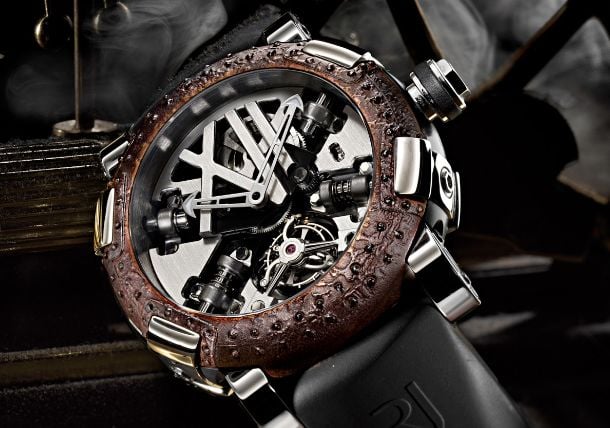 Cabestan exists as a Swiss manufacturer that is one hundred percent in-house and completely independent. The popular watch-making brand is famous for its stunning, avant-garde creations that defy and redefine the contemporary metrics of the… 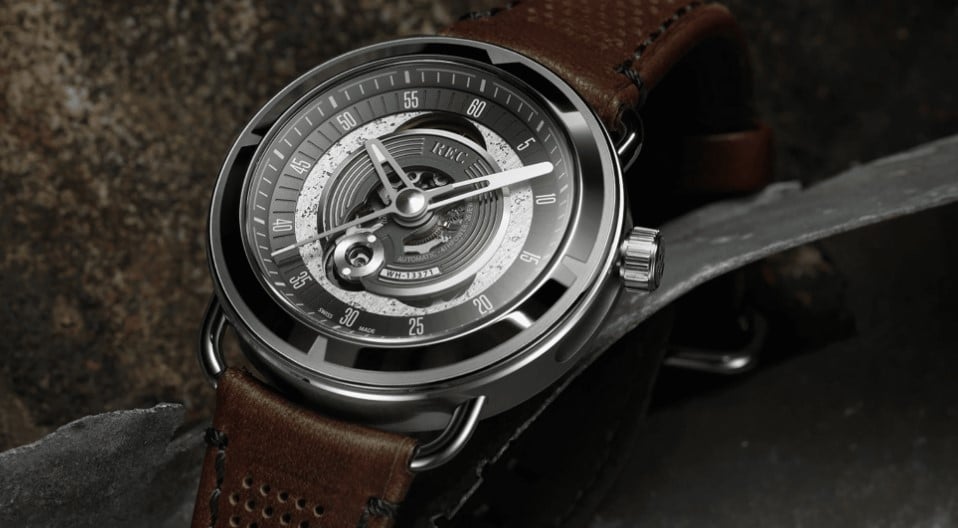