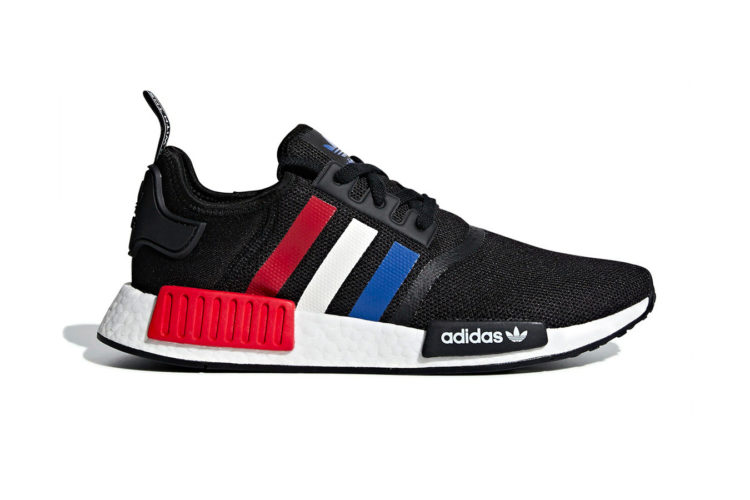 Adidas has done it again with another top-selling model that has enthusiasts of the brand clamoring to obtain a pair of yet another iconic sneaker release. This comes in the form of The Adidas NMD R1 “USA” This is a special release of a new colorway that is not that easy to find, which makes it all the more a prize to those who manage to get their hands on a pair. Here are 10 things that you didn’t know about the Adidas NMD R1 USA.

1. It’s the latest theme from Adidas in the lineup

The NMD R1 is a sneaker line that has a virtual plethora of colorways available. Themes range from the colors that represent major cities throughout the world to major social movements including the “Seoul” and “Los Angeles” colorways and the “Pride” colorway which represents the colors of the PRIDE flag. The USA colorway has recently been released and it joins its siblings as the latest version to be released.

2. The theme was intended for the 2020 Olympics

The recent Coronavirus pandemic has interfered with a great many plans by major manufacturers, particularly for those who align with major world sporting events. The NMD R1 “USA” colorway was intended for release to align with the 2020 Olympics, however, the postponement of this event has resulted in the colorway going solo. this is a lifestyle silhouette that may have lost its placeholder in history for the Olympic events, but the colors still make it congruent with the Fourth of July celebrations, so there is really no harm done in that regard.

3. There is still reason to celebrate: a symbol of resilience

The NMD R1 “USA” still represents a celebration. It has been designed with the colors of the American flag, and this is something that all Americans can celebrate. Although the country is somewhat divided at the time due to social unrest. Protesting is happening over injustices and political disagreements. The fear of illness and death because of the current state of emergency, and stay at home order that some see as a violation of their rights and freedom are big issues. Still, we are united in our common status as citizens of a great country that is going through a trial of fire on many fronts. It is a difficult and tumultuous time that provides the opportunity for our divided groups to emerge as one resilient nation. The release of the USA colorway could mark a time when our citizens endured the throes of change and made good on our chance to make the necessary changes to come out on the other side and a stronger and more cohesive collection of wonderfully diverse people who realize we’re all in this together.

The new colorway is a shoe that flies the colors of our great nation. The midsole blocks, heels, and toe boxes are shown in scarlet hues with the collegiate navy sandwiched in between them for a unique contrast. The stripes are present with bright white heel blocks and liners for an even distribution of the patriotic color symbols of the flag of the United States of America.

5. The MSRP is a little higher

The new colorway has recently been released and although Adidas has indicated a full run of the initial release, they’re not easy to find. We learned that they have been made available through adidas.com. The new USA colorway of the NMD R1 is offered at a manufacturer’s suggested retail price of $140 per pair. We compared these with other colorways and learned that the others are offered in a range from $65 to $130. This represents a minimum of a $10 increase over previous colorways of the model.

We did our research to learn more about the new Adidas NMD R1 “USA” colorway and remarkably, there wasn’t much to find. Although they’re offered for direct sale through the brand’s website, it’s been hard to find them offered through the other vendors who usually stockpile the new releases.

7. They’re at adidas.com but not under the USA title

When we finally located the USA colorway for the NMD R1, we found them at adidas.com, but not advertised with any fanfare as the USA. Instead, they are under the 3 colors including Collegiate Navy/Scarlet/Cloud White. We thought that it was interesting that the brand is not promoting the title of the shoe, and it leaves one to wonder if there is a planned change to the colorway, or if the postponement of the Olympics for 2020 has affected their promotion of the model.

The USA colorway of the NMD R1 maintains the high standards in the quality of the line. This shoe hugs the foot with a stretchy fit that is snug, yet comfortable. It provides great support without being restrictive for the ultimate in comfort.

9. Boost cushioning is to the fore

Adidas has constructed the NMD R1 USA with Boost cushioning technology. This material is known for providing a boost of energy return with its springiness and high level of responsiveness. In essence, the more energy you put out, the more that is directed back to you.

The Adidas NMD R1 “USA” is a lifestyle shoe that is crafted for comfort, performance, and fashion, but it’s not a running shoe. It’s not designed for this kind of activity, although you can run while you’re wearing them, you won’t find the type of support for that activity. Rather, it is intended to be a comfortable and supportive sneaker that makes a fashion statement. It’s the kind of shoe that you put on when you’re planning to go out to the mall or to visit with friends and family. You look good and feel good while you’re wearing them.