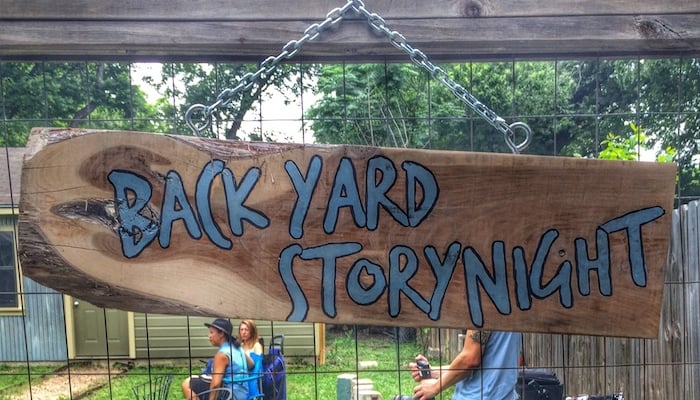 These days, it seems like people are running around trying to be everything to everyone until they have virtually no time for the things that really matter. It’s easy to get caught up in this type of lifestyle, even if you don’t really enjoy it and never wanted to get caught up in such a thing in the first place. That’s because the very nature of society here in the United States often forces people to sprint from the time they get up in the morning until the time they go to bed, often much too late, all so they can get up far too early the next day and do it all over again. As a result, many people eventually lose touch with themselves. They forget about the things that they always dreamed of doing or the things that were most important to them, those people or ideals that they hold closest to their hearts. After all, this isn’t called “the rat race” without reason. It is virtually like standing on one of those hamster wheels and running at top speed, all the while feeling as though your lungs are about to explode and you have no recourse but to keep going. However, you have to ask yourself a question. Is that really all that we as a human race in this country or meant to do? After all, people in other countries don’t live this way and they do just fine. If you have any doubts about that, take a trip to Italy, Wales or Scotland. You’ll start to see that not everyone in the world lives life at a breakneck pace, only to do things that they never really wanted to do in the first place. Fortunately, there is another way. Moreover, some people right here in the United States have decided to take matters into their own hands and bring people back to the things that matter most to them.

One group based in Austin, Texas routinely does what are called backyard story nights. You might think of it as a block party with a twist. There is no charge and anyone in the area is welcome to attend. You don’t have to live on that particular street or even in that block in order to be eligible, so to speak. If you’re close enough to drive there, you’re welcomed into the group. Just as the name implies, it’s an informal setting where everyone gets together in a designated backyard (which changes with each new event, giving everyone the chance to get involved) and you tell stories. The stories can be about virtually anything, they can be completely true or entirely made up, but they must be family-friendly. The important thing is that it gives everyone a chance to share things about themselves, whether it is something from their imagination or a story about their or their family’s past. It gives people an opportunity to reconnect, not only with others, but with themselves.

If you go to the group’s Facebook page, you’ll find that their logo is a patchwork quilt. This speaks volumes for what the group is all about. It focuses on bringing each person together, emphasizing the fact that everyone has a role to play and everyone is equally important. In short, that quilt represents the very fabric of each person’s lives and how that fabric is woven into everyone else’s in order to create something beautiful. It also reminds people that without each individual and their contributions, the beautiful quilt would cease to exist. Aside from keeping it family friendly, the only thing that the group asks is that you tell stories that have some type of positive spin. It’s okay if you want to tell a story that has a deeper meaning, but they don’t necessarily want you to get involved in a pity party and try to drag everyone else into it with you. Remember, the whole point of this is to reconnect with others in a positive atmosphere and come away feeling better for having done so.

One of the greatest things about backyard story night is that it is such an informal event. Everyone brings their own take on things. One person might tell a simple story that could be told around a campfire while others listen in. They may be the only one speaking and the story may be done in the style that you would be accustomed to experiencing at a youth camp or something similar. The next person may involve friends and in some cases, they may decide to put on what amounts to an impromptu play. You never know what you’re going to get and that’s the beauty of the situation. Each and every event is different, as different as the individuals that attend it. The good news is that if you go, you will always come away feeling more enriched than you did when you arrived.

There is another important aspect to backyard story night. It’s a great way to make new friends. The idea is for people that live in the area to come and bring their friends. You don’t have to know the people that are hosting that particular event in order to show up. It’s about everyone being on an equal playing field and learning to develop new friendships in an informal environment where there aren’t any of the social pressures that you’re typically accustomed to dealing with. These social pressures often make it extremely difficult, if not impossible, to forge new friendships that truly last. More often than not, they end up making people feel like they have to maintain a certain persona that may in fact be quite different from who they really feel like they are. In this type of environment, it’s difficult to be true to oneself. However, in an environment like backyard story night, it’s much easier just simply let your hair down and be who you really are. This is an opportunity for true friendships to be born, the types of friendships that last a lifetime.