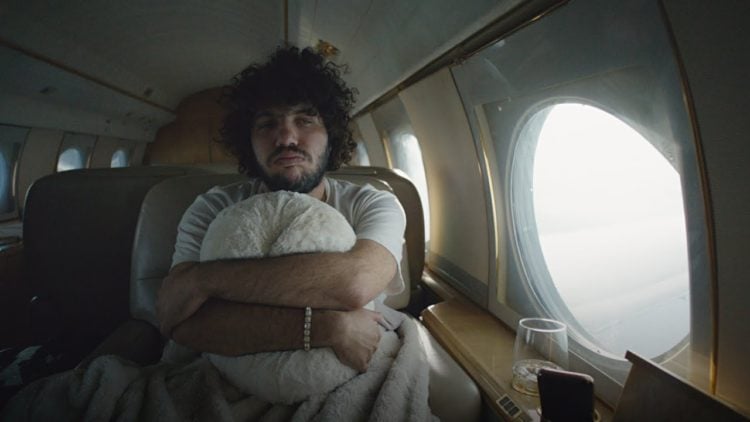 Benny Blanco is the producer for “Eastside,” one of the most successful collaborations of the year with Khalid and Halsey. In the music industry, he’s quickly becoming a legend. Benny is an American songwriter, musician, and record producer who has achieved a net worth of $16 million. Some wonder how he came to be so wealthy. Did Benny earn a fortune in the record business, or did he have other sidelines that helped him build a massive estate? We looked into his career history. Here is what we learned.

Celebrity Net Worth reports that Blanco was born as Benjamin Levin, in Reston, Virginia. He’s had a passion for rap beats since he was a child. While still in middle school, Benny experimented with beats in his room. He continued to pursue his passion for developing rap beats. When he entered high school, Columbia Records took note of his exceptional talent. Benny was recruited by producer Disco D in New York. He spent time working with him and learning the business when he wasn’t busy attending classes. His first notable collaboration came in 2007 with Spank Rock. The underground EP “Bangers & Cash” became a big hit. It was this event that launched his career as a producer.

In addition to becoming a producer, Benny is also a songwriter. Some of his songs have gone on to become hits. Rihanna performed Blanco’s song “Diamonds.” Wiz Khalifa and Maroon 5 took “Payphone” to the top of the charges. Ke$ha took “Blow” to incredible heights. Katy Perry made “I Kissed a Girl” famous. Taio Cruz performed “Dynamite,” and Britney Spears made “Circus” a popular song. It seems that there is no end to Benny Blanco’s talents.

According to Big Top 40, Benny Blanco gets credit for achieving one of the most successful collaborations of the year with his production of Halsey and Khalid’s “Eastside.” This event comes after several successes with big-name artists performing the songs that he has written. Other artists that he worked with include Justin Bieber and Ed Sheeran. Many of his songs have hit the Vodafone Big Top 40 in the number one spot. Other songs that Benny wrote include Black Widow performed by Iggy Azalea and Rita Ora, Hot N Cold with Katy Perry, Perfect sung by Ed Sheeran, Tik Tok sung by Kesha, Camila Cabello singing Crying in the Club, and many more.

For those of you who don’t know already, Benny Blanco was born on the 8th of March in 1988. He is just 32 years old. He achieved wealth before even reaching the age of 30. Blanco is still building a fortune as his career is currently on a positive trajectory. To date, Benny’s accomplishments include the production of more than 100 million in album sales throughout the globe. He is a multi-talented artist who not only produces records, but he also composes, writes songs, performs remixes, he raps, and he is a musician on top of that.

Who Is Benny Blanco?

The New York Times featured Benny Blanco in an interview to get up close and personal with the celebrity music personality. He has every right to exhibit a bit of well-earned arrogance, but he doesn’t. Benny shared that he’s achieved everything that he had on his bucket list (career-wise). He further ventured that he produced every song he wanted to, doing it his way. Blanco is an eclectic person. He sees the world through a unique lens. That lens has resulted in a barrage of successes, one after another.

Benny is a diverse professional

Benny Blanco is the overseer for two labels under Interscope Records. These include: Mad Love along with Friends Keep Secrets. He has enjoyed a great deal of variety in his career. He further shared that it’s stimulating to work that gives him a sense of extreme satisfaction. It’s important to note that Benny Blanco has preferred to remain more on the anonymous side than some of the more prolific record producers. He’s not a live performer, but he does cheer on those who do take to the stage.

Blanco prefers to keep his personal life private. While he comes across as being an extrovert, he isn’t after fame. Benny takes a wise approach to measure his success. He has earned a fortune, but he has also managed to stay out of the limelight. Benny’s decision to remain anonymous lets him enjoy a private life without being hounded by fans and the press every time the guy steps outside for fun and recreation. He feels as though he has beaten the system by enjoying all of the benefits of success without fame. This admission suggests that in his heart, he is a humble person. He is a confident person raised in a family of hard workers. His mom worked in the assisted living industry. Benny’s father worked in the intimate apparel business. Neither of his parents has a musical background, but he did note that they were supportive of his endeavors.

After looking into Benny Blanco’s career history, it’s apparent that he has earned his millions through the music industry. It’s not yet clear if he has made more from the hit songs that he has written, or from the records that he has produced. Any way you stack it, Benny Blanco has earned a massive fortune in the music industry. He’s one of those anonymous contributors who are happy to remain in the background, while others take his work and promote it to the public. He is a phenomenal success. Benny is just getting started at the age of 32. We expect to see even more great things from Benny in the years to come.