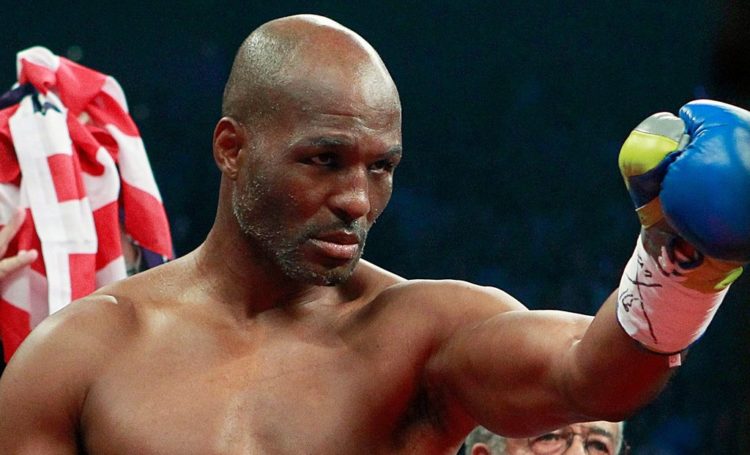 You all have heard of people who moved from being criminals to being great people. Bernard Hopkins is one of them. He was born on January 15th, 1965. Hopkins started engaging in crime at a very early age of 13 years. Criminal activities have never paid, and Hopkins could not make it through smuggling and robbery. He started stealing from people, resulting in him being jailed for six years at the age of 17. From the perspective of many people, this seemed the end of the road for young Hopkins but sometimes we have to hit rock bottom for us to rise again. Bernard Hopkins reformed after serving a sentence since boxing was becoming his interest. He later chose boxing as his career after he was released and accepted Islam religion. Joining boxing became a turnabout in his life, and that is why we know him as one of the wealthiest boxers as per Forbes with a net worth of $40 million. His journey to being a millionaire was not that easy, so let’s check out what has contributed to Bernard Hopkins net worth.

Boxing is one career that is not for the faint-hearted. It is based on continuous training, exercising in the gyms, injuries, and defeats. However, some people have been able to turn boxing into a goldmine, and Hopkins is one of them. He even explained to Forbes that you do not need to be a genius to be a millionaire, but instead, you need to make use of your talents, and it is his talent kept him going in his boxing career.

After his release from prison, Hopkins focused on boxing as he had developed a passion in it while in serving time. This career led him to collect a fortune out of it since he won 54 out of the 64 fights he fought in his boxing career. According to Ring TV, he was nearly giving up on boxing having lost his first fight in 1988.

He later refocused and got his first win after 16 months which was worth $10 million for knocking out world undisputed middleweight champion, Oscar De La Hoya. Through the competitions, Hopkins was able to make more than a modest living, making him one of the top boxer earners of all time. The earnings from boxing were high with a notable $2.5 million in the Trinidad fight. When compared to other careers, boxing pays off loads of cash within a short time for as long as you are a professional. Consequently, Hopkins rose from a criminal to a millionaire in only a few years.

Investment has been one of the ways to accumulate wealth, and Hopkins was not left behind in this. After being knocked out by Hopkins, Oscar invited him to partner with him in Golden Boy Promotion which was a boxing promotion. He gave him the role of president in the growing boxing promotion. The company recruits and maintain young individuals who have a passion for boxing. It is performing well, and its worth as at 2016 stood at $215 million as per Sport One which shows that the company has developed. Being one of the top stakeholders, Hopkins has been able to benefit through the profits of the company.

Apart from Golden Boy Promotions, Hopkins also invested in municipal bonds of the government from which he earns interest. Bonds investment is an ideal method of acquiring passive income since he is entitled to a certain amount after some time without necessarily trading. The fluctuation in the dividends from bonds sometimes avail to him lucrative sums of money which have made led to his lavish lifestyle.

Hopkins also revealed to have properties in the form of complexes that he rents out. It pays to have friends who think about your future instead of those that are only after your money. Having followed the advice of his friends to invest in real estate, Hopkins tried his luck in the business, and it has paid off handsomely.

Superstars are mainly used by companies to market their products. Being a superstar, Hopkins used this opportunity to advertise products and services of companies hence earning something out of it. A casino by the name Golden Palace Stuck paid Hopkins a total of $100,000 to have his back tattooed with the name of the online casino. Most companies have their adverts on the shorts and t-shirts of the players, but Hopkins gave in to the idea of having his back tattooed.

He reaped a fortune by placing a bet on himself when he was playing against Antonio Tarver with the $100,000 and went home with $250,000 having defeated his opponent. The online casino also recorded an increase in the number of visitors that placed bets on their site, and this was a mutual benefit for both Hopkins and Golden Place Stuck.

Magazines like the Guardian also made use of the celebrity to sell their products. Hopkins’s image appeared as a cover photo, which of course motivated consumers to grab the newspaper.

Fame goes hand in hand with television appearances. Television anchors are always on the run to reach out to people based on their credible performance. Having achieved victory in many competitions, Hopkins was not left out by the television shows. Seven of Hopkin’s fighting competitions were aired on television by pay per view, and due to the high number of viewers, he generated a total of $156 million. His fight with Oscar had a total of 1 million views bringing returns of $56 million.

Apart from pay per view, Hopkins also featured on TV shows to be interviewed, and he was able to get something out of such appearances. He appeared in television shows like “The Breakfast Club” and “The Fight Hub” which paid him nearly $200,000 for a single presentation. With many appearances, he got more benefits translating to an increase in his net worth.