How many times have you been in a European Airport and decided that you really wanted something to eat? Some airports definitely have food that tastes better than others. If you’re interested in knowing 10 of the best European Airport restaurants, keep reading. There is no doubt that these airport restaurants are among some of the best in the world. You can use this list as a guide the next time you travel.

As you might expect from most locations in France, this particular restaurant has some of the best French food that you could ever imagine enjoying. The fact that you can do so while still at the airport only adds to the level of convenience. It’s one that you really must try if you’re fortunate enough to have the chance.

Whenever people travel to or from London, they almost always think about using Heathrow Airport. Unfortunately, Gatwick Airport is often all but forgotten, except for local travelers. If you should find yourself there for one reason or another, you absolutely must try Union Jack’s Bar. It’s a great pub and it serves a menu that is just as British as it gets. Go on in, order and enjoy.

There is scarcely a better place to get truly delicious traditional German cuisine. They also have their own selection of Bavarian beers, something that you simply can’t pass up if you really want to experience the culture on a first-hand basis. In addition, the restaurant has some of the best chefs in the entire world working there. It’s something that they have become known for over the years. Their menu also changes on a daily basis, so you don’t have to worry about running out of options if you travel there more than a few times a year. If you’re in a rush, you can order one of their handmade, fresh hot pretzels and spread cheese on it. It really is one of the best things that you’ll probably ever have the opportunity to enjoy and it will leave you wanting to come back for more.

Everything in this restaurant involves traditional Dutch food and they bring a big dose of culture with it. Sit down and enjoy drinks or decide to stay a little bit longer and take advantage of many of the delicious foods on the menu. Your choices include traditional Dutch pancakes, apple pie or any range of other delicious traditional cuisine.

This establishment is considered by many to be one of the best airport restaurants in the entire world. As a matter of fact, they employ top chefs from all over the world and have developed a reputation that definitely precedes them, for all of the best reasons possible. Enjoy some of the best Spanish cuisine that you’re ever likely to experience, ranging from main dishes to desserts. The restaurant is inside the third terminal at the airport, so you have no excuse not to take advantage of this experience while you’re there.

This is one of the more unique airport restaurants in existence. They routinely prepare dishes that are very unique and personal to the particular chef working at the moment. They also prepare a number of shrimp-based dishes which are second to none. If atmosphere is your thing, you can definitely get that here as well. They have finished out the restaurant in such a manner that every single table has a bird’s-eye view of the runway. The entire time you’re eating, you can watch aircraft take off and land in the most spectacular fashion possible.

There are many different kinds of food served at this particular airport, not the least of which include traditional British cuisine. The kicker is that it’s all served so fast it will practically make your head spin. Get food that you will truly enjoy without taking forever in order to do so.

This restaurant is billed as the only Michelin-starred airport throughout the entirety of Europe. In short, it means that it’s been designated to have a level of class that you simply won’t find at any other airport restaurant in the entire region. Expect to enjoy traditional European fare in a comfortable, relaxing setting. Whether you only have a few minutes or a few hours to kill, this is an excellent place to do it.

You have the opportunity to order traditional local cuisine here and have it prepared by world-renowned chefs, or you can order off a special menu designed just for people who are in a rush. Doing so allows you to have your meals served to you within 15 minutes of ordering, so you can get on with your day. Either way, you’ll get delicious food that is sourced from local ingredients and cooked by people who know how to prepare it properly.

Here, you can enjoy food such as fried cod or even Iberian pork. There are plenty of local dishes that you can try in order to find your favorite. If you only have a few minutes to spare, you can actually order the dishes and then take them on your flight with you, saving both time and the dreaded airline food in the process. 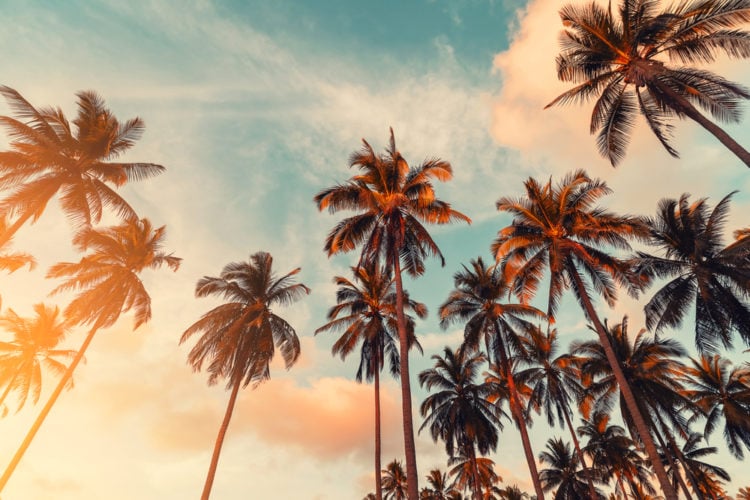 California is the Golden State that stretches over most of the western coast of the United States and is home to a plethora of flourishing cities and wealthy districts. From the flourishing trades of San… 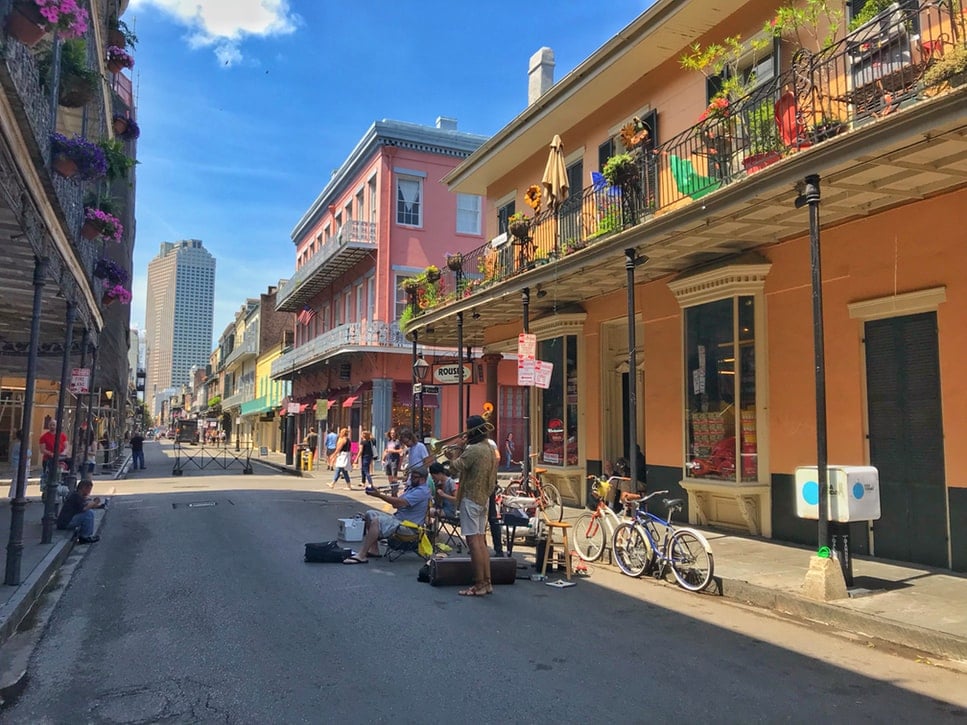 New Orleans is famous for its food, but it is also well-known for the diversity of its food. The cuisine of New Orleans is influenced by many different cultures and this is evident in the…

When you’re in the mood for a steak that is cooked to your specifications, not just any restaurant will do. Nashville, Tennessee is a city that offers some of the finest steakhouses in the nation…. 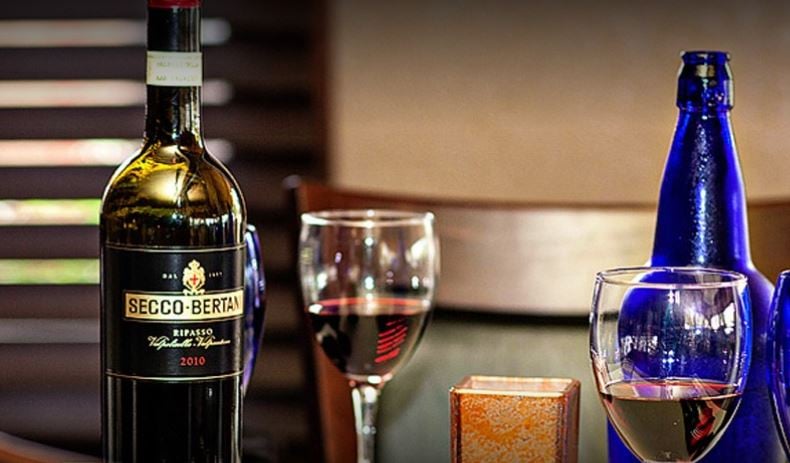 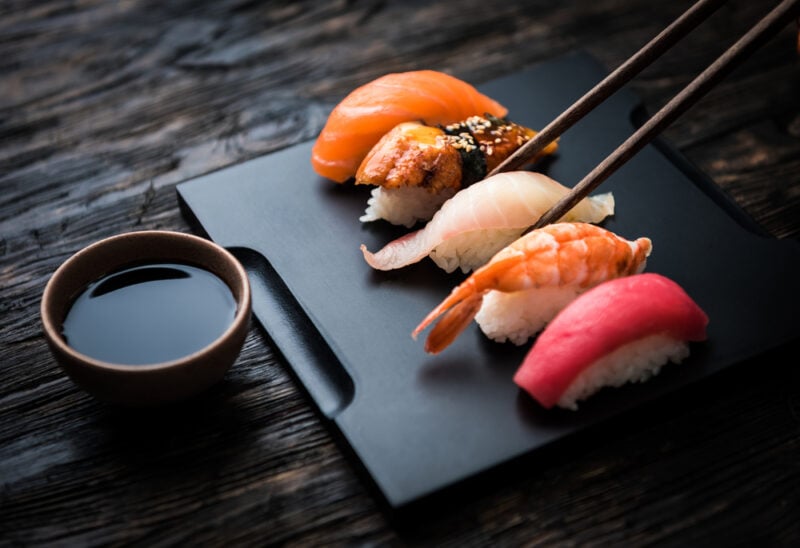 Fort Worth is known as the City of Cowboys and Culture. There is so much that Fort Worth has to offer. You will enjoy a robust local arts scene, the famous stockyards, and the daily… 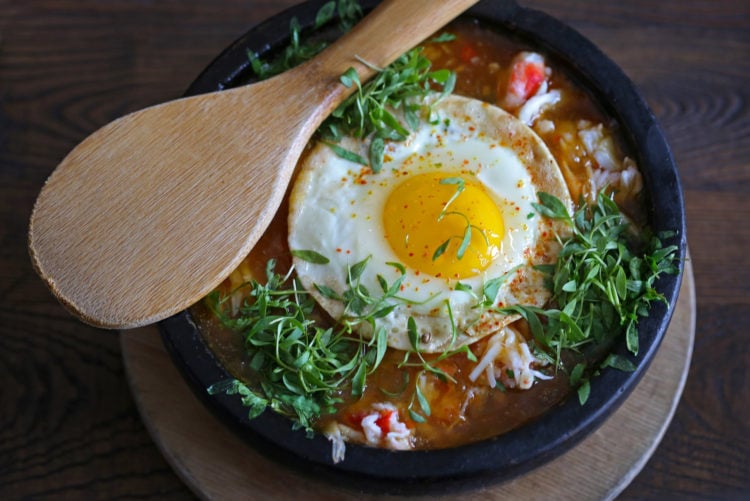 Miami has a population for being the best place to party. And of course, when there’s a party, there’s good food. Miami is a melting pot of global cuisine; they literally have everything there. Whether…