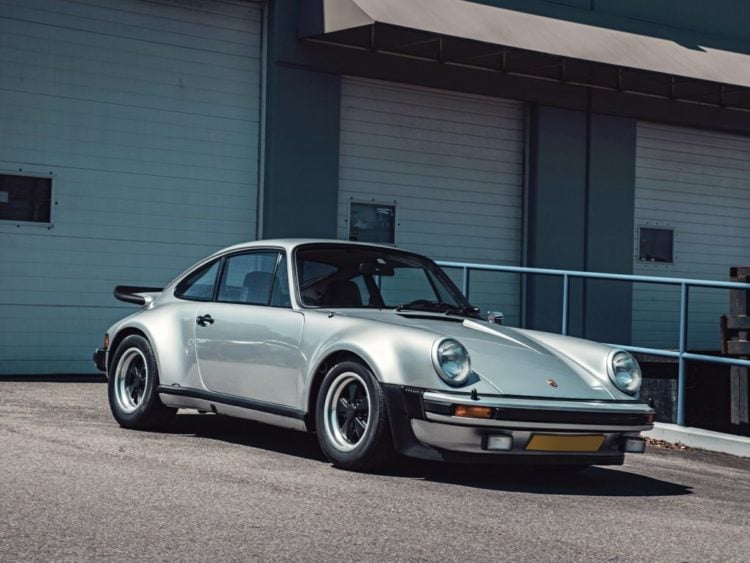 Porsche…The name has been synonymous with both luxury and racing, not to mention prestige, since the first Porsche, the Porsche 64, was released in 1938. Porsche initially opened their doors in 1931 in Stuttgart, Germany consulting and development work regarding automobiles, but eventually the government in Germany asked them to design a vehicle, and they wanted the vehicle to basically be a Volkswagen. The result of this requisition was the Volkswagen Beetle, believe it or not. It wasn’t until 1939 that the Porsche 64 was made and released, with many characteristics and components from the Beetle integrated into its design.

Now it is 2019, and the Porsche is still just as popular and well-loved as ever…probably more so thanks to years of successful auto designing, manufacturing, and of course, selling. The most popular series created by Porsche is the 911 series, and for good reason. For one thing, the Carrera is the 911’s base model, which says a lot about its start and ability to endure the times. Also, since series 911 is such a go-to model for Porsche lovers (including Steve McQueen of movie fame), the Carrera itself just seems to be a shoe in for the favorite Porsche model in the world. 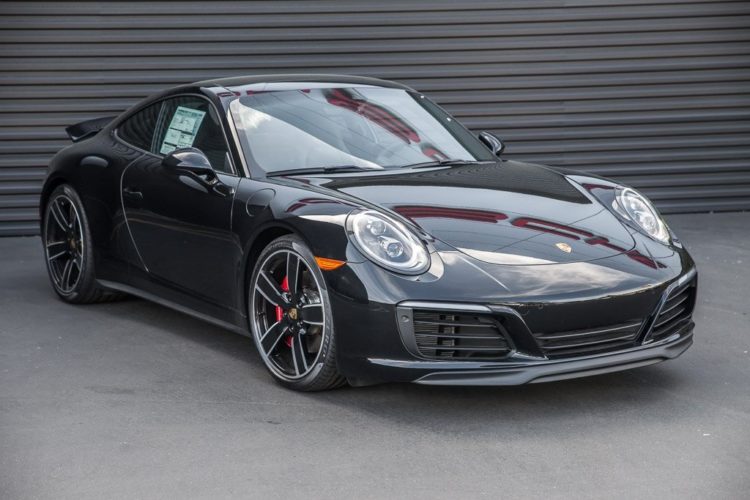 This is the original, the base car, the one that is the basis for all thereafter. It was first released in 1963 in Frankfurt, Germany at the Frankfurt Auto Show. It was larger, more comfortable, and had more power than the car it replaced, the 356. This vehicle was impactful; so impactful, in fact, that they are still making the Carrera today, fifty-six years since the original. 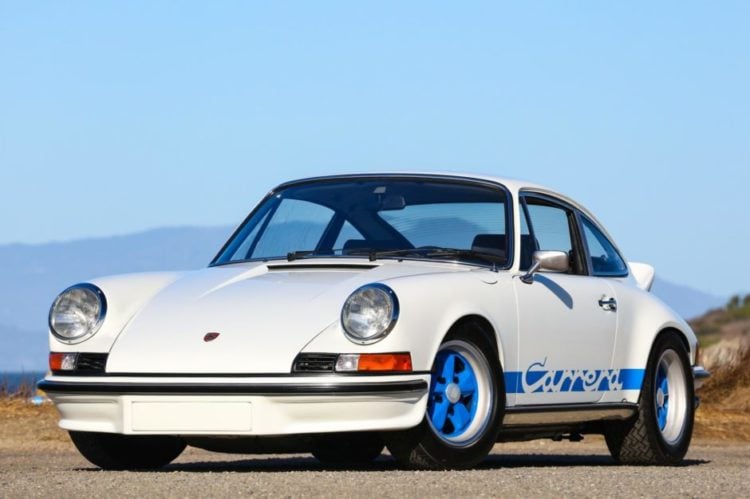 Produced in 1973 and 1974, the 91q Carrera RS was basically the next step up from the original Carrera. Only 55 units of this particular model were ever manufactured, so that makes the RS a fairly sought after piece of machinery. With that being said, the engine remained air-cooled, and much more remained the same, with a few minor, yet significant changes to make it stand alone. Recently, Sotheby’s sBold an almost all-original Carrera RS from 1974, and the vehicle was auctioned off for $1,375,00. Between 2005 and 2012 Porsche developed one of their 911 series ‘shoot off’ lines: The 997 series. Carrera was a part of this series, and was tagged a GTS. It was released in 2011. More powerful than the preceding ‘S’, this Carrera was strictly for driving pleasure. The handling was improved, as was the suspension, While some of the vehicle’s parts were certainly race-inspired, this was a car for the driver in you, not the speed demon racer. It did have one unusual characteristic: Rear-wheel drive for wide-bodied design. 2,265 models (approximately) were manufactured, so there are plenty still out there for your pleasure. It received an excited welcome upon its arrival, and today seeing one elicits the same response. The Carrera 3.2 came as a replacement for the SC series. This took place in 1984, and it’s release brought the name ‘Carrera’ to life again, and that for the first time in ten years. Considered the last of the 911 series at the time, it not only had a unique new body style, but it also came with new technology in suspension, brakes, and electronics. As a matter of fact, Porsche said that the new 3.2 was 80% new, overall. It had many updates in the engine that made it go faster and more smoothly, and the car was just as luxurious, if not more so, than ever before. 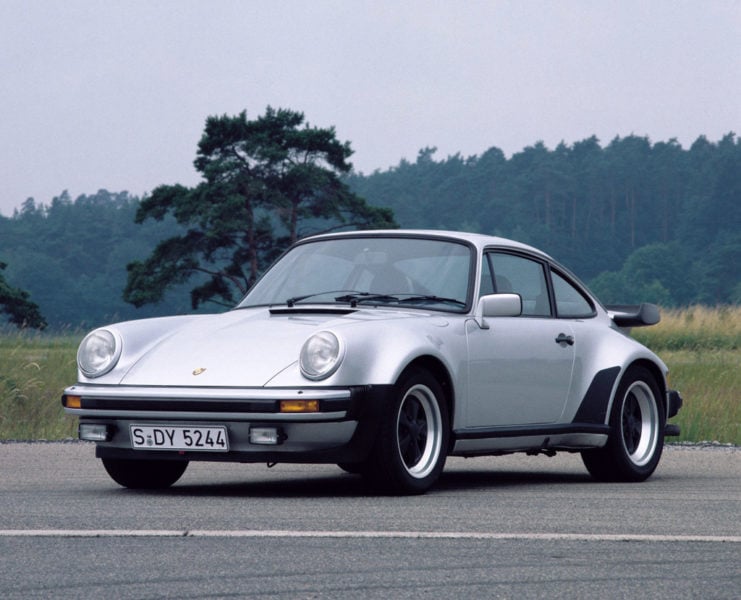 This particular beauty is from the 930 series, but it doesn’t get any points docked for this fact…it’s a Porsche, and the 930 series was nothing to spit at. Made only from ’78 to ’79, this awesome car sported a larger turbocharged engine, and a tea-tray tail spoiler managed to replace the older whale tail version. For those not aware, Porsche dropped the ‘Carrera’ model title from this car for those built and sold in North America; here in the States it was simply known as the Porsche 911 Turbo. A great car by any other name is still…a great car. Produced from 1974 to 1976, the 2.7 MFI was produced at the same time as the 2.7 CIS. We choose the MFI over the CIS for a couple of reasons. The 2.7 MFI was manufactured for marketing in every country, with the exception of the United States, so some enthusiasts may not be as familiar with this version as with others. But to break it down, the MFI version was exactly the same as the ’73 RS in the mechanical sense, while the CIS was built for the US market and sported the same 2.7 liter engine as the 911S. Both featured the same rear-end flares, which had been wielded on, before switching to the stamped type in 1974. The ducktails were actually standard in the United States, while they were optional everywhere else. We like the fact that the MFI had the same engine and other mechanics as the ’73 RS, and since it was built for other countries, had features that were optional rather than ‘forced’. Otherwise, both had a good run until they were replaced by the Carrera 3.0 in 1976. This vehicle was designed and built by Porsche as the new version of the 911. The SC was added by the company for the very first time since the company made the 356SC (but the 356 version had a racing engine in it). While there was technically no Carrera version of the 911SC (not the normal Carrera, anyway), the SC did stand for Super Carrera. It came with a 3.0 liter engine, 5-speed transmission, and fuel injection. The 911SC was built from 1978 through 1983, and they even offered a convertible version which also sported a four-wheel drive option. A very cool car indeed, the 911SC, or Super Carrera, makes our list at number four. 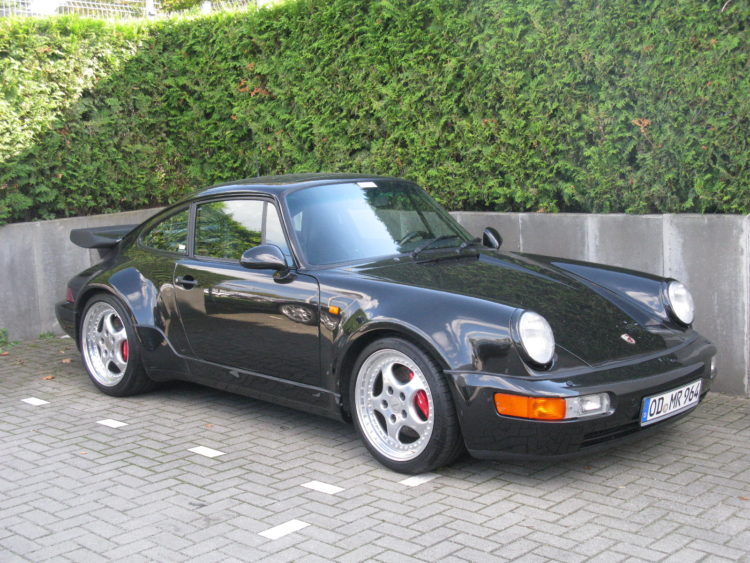 Manufactured and sold between 1990 and 1994, the 964 Turbo brought the turbocharged engine into the 964 series, introducing a new level of speed to Porsche lovers everywhere. One may hear this model referred to as the ‘965’, which was actually the name chosen for a Porsche product that never came to see the light of day. The equipment and mechanics of this car put 360 PS, or 365 hp/265 kw, directly to the rear tires. This is a fairly rare vehicle that was discontinued after 1994 to clear the way for the 993. Simply a 997 that had a turbocharger, this one came with an all-wheel drive system much like that of its larger cousin, the Cayenne. It also has a clutch system called Porsche Traction Management, which regulates the torque sent to the wheels, which in turn controls skids and slipping. A model with a varied aesthetic was introduced to the public in 2010 and was called the 997.2. It had a even better PTM clutch system and a different engine. This sleek looking Carrera model is considered one of the best Porsches out there, going from 0 to 62 in 3.4 seconds, and capable of speeds up to 322mph. Amazing, to say the least. Finally, we reach number one, and we have chosen the 2005 Porsche 911 Carrera 2 Cabriolet to fill the spot. According to Ranker, this particular Carrera was ranked by vote, not only according to the best Porsches of all time, but also according to the best 911s of all time, making it a shoe in for the number one spot on our list. Not only is it sleek and sexy, but the machine can GO, and with smooth handling all the way, it is a Porsche that rises above and beyond all others. The people have spoken, and the 911 Carrera 2 Cabriolet is indeed the best of the best.

There you are, completely educated regarding the very best Porsche Carreras ever made. Opinions may vary on this topic, as you may well be aware, but the fact of the matter is that most prefer the ten listed above, and for too many reasons to recount here. The point is that the Porsche 911 Carrera, as well as the other offshoot model Carerras, consists of that special something that differentiates a daily driver from a dream car. The Carrera, in any year and in any version, is exactly that: A dream car. So you can keep dreaming or you can chase that dream and make it your own.

Just make sure the car you have now is fast enough to catch it if you opt for the chase.