Home
Cars
The 10 Best Porsche Models From the 70s 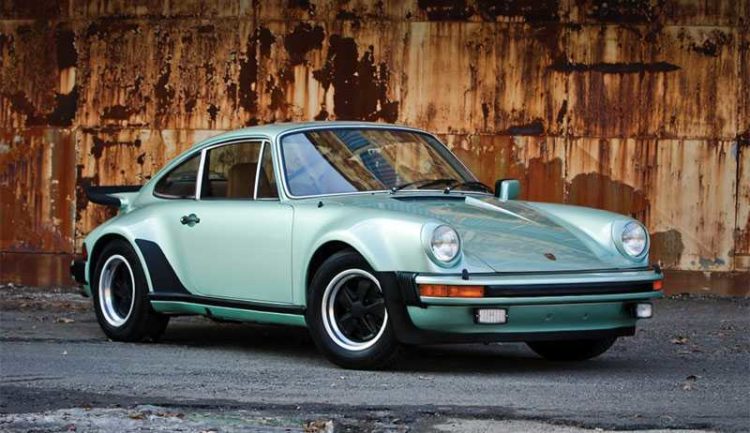 We all know Porsche…otherwise known as Porsche AG. Of course, you know them. Since 1931 this iconic company has produced some of the world’s finest luxury sport cars, as well as some of the most mind-blowing race cars. They may be all about the speed, but they have absolutely not done anything to cloud out excellence when it comes to the aesthetic. If you’re being honest, you have found yourself gazing at one of these babies more than once, and there are literally decades of Porsches to choose your favorite from. Some love the models put out in the sixties and are preferential to them. Others enjoy the 70s era and the badass look that Porsche successfully incorporated for the time. Others like their Porsches to have the newer, more high-tech appearance and operational ability. Regardless of your taste, a Porsche is one brand of automobile that will make the saliva literally drip from your mouth.

So, to honor one of the greatest sport cars of our time we have decided to put together a list of the best. No, not the best of all times, but a list of the very best…of the Seventies. Remember the Seventies? Bell bottoms, great music, and daisies, right? No, the Seventies were much more than that; they were years of freedom, and those years may have consisted of some of the last true freedom many have known. So, with that in mind, let’s sit back, relax, and reflect on Porsches from one of the greatest decades known to mankind (as far as the automotive world is concerned, anyway) …the great Seventies! 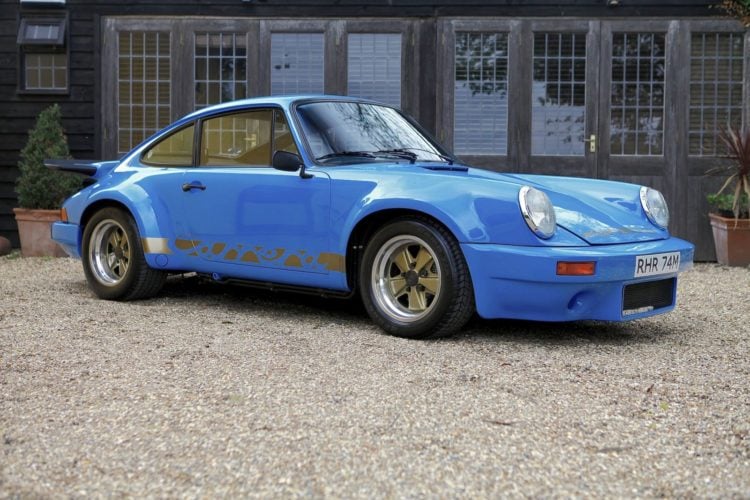 If any car screamed ‘Porsche!’, it’s the 1974 911 Carrera RS 3.0, for real. This car was lightweight (weighing only 1984.13 lbs.) and could achieve a top speed of 152.2 mph. This was no joke in 1974, a time when cars were mostly big and heavy. The Porsche was fast enough, and beautiful enough, to really knock the socks off anyone who saw it. This particular model cost twice as much as its predecessor, the RSR of 1973 (which was a 2.7 liter). The engine was actually reconstructed out of aluminum, which contributed to its light weight, and thus, its speed for the times. SO cool… 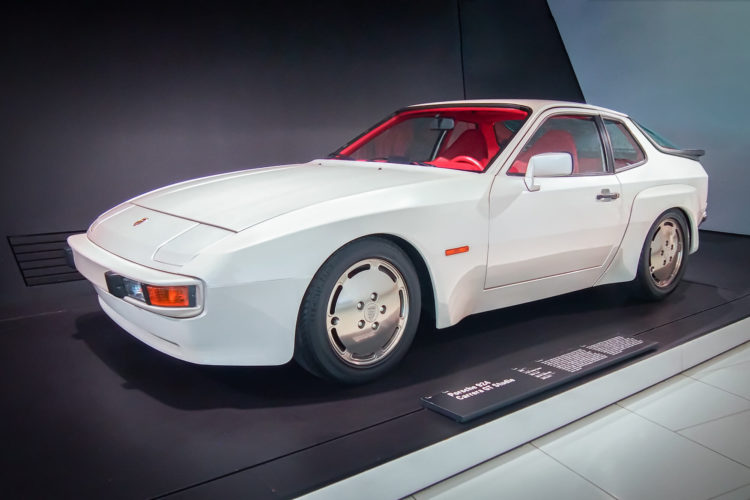 This 2-door coupe with a hatchback thrown in was one hot car by anyone’s standards. It had an engine mounted in mounted in the front of the car that managed to send serious power to the rear wheels, and the result was practically flight. With 207hp it had the potential to reach a top speed of 150mph…nothing to sneeze at. Actually, directly related to the 924 Turbo, this was one Porsche that definitely left a cool legacy. 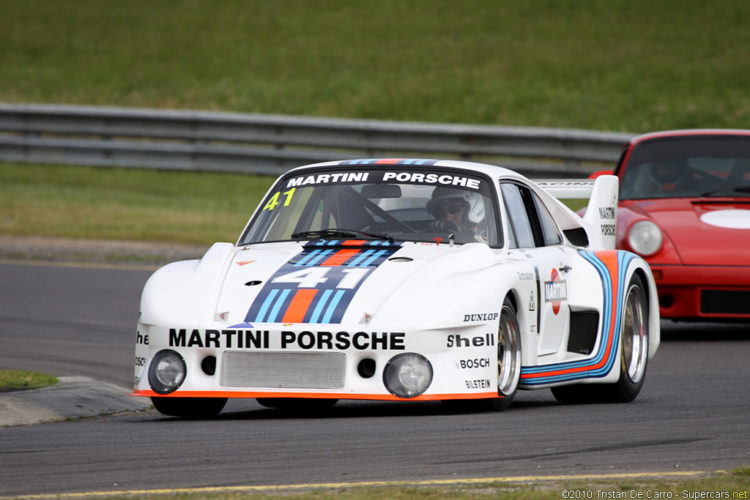 For a handful of years from ’77 into the 80s this particular model Porsche was extremely popular among the racing crowd, thanks to a turbo 2.9 liter flat-six engine that puts out 560bhp. While it didn’t get to do the deal in its own model year, the ’77 was the granddaddy of the ’79 that was the first of its kind to run Le Mans. Extremely curvy and exuding sex appeal, the ’77 easily makes our list, and is a Porsche worth remembering.

Called ‘A Legend in its Own Time’ by Porsche Road and Race, ‘Moby Dick’ was bestowed its nickname for a reason. The race car was bit much like the 935/77, with curvy hips and a bad ass look in its eyes, but it was definitely its own car. The turbo flat-six engine produced 845bph and reached a top speed of 227. This baby growled like no other, and to this day is remembered as being one of the baddest Porsches of them all. 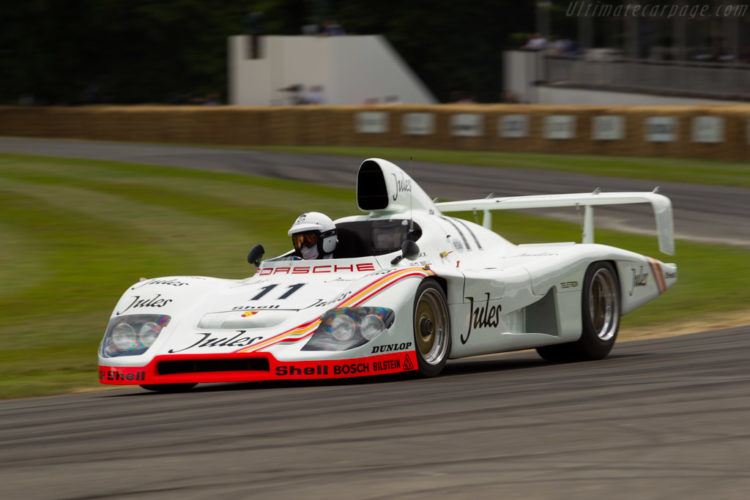 Talk about futuristic…talk about sleek. The 1976 936 Spyder was an epic car, one that you couldn’t take your eyes off of, or your ears away from. The model itself had three other years (’77, ‘78’, and ’81) that actually won Le Mans, validating that inner tugging that tells you this is one special Porsche indeed. The ’76 model started it all, however, and its combined beauty and power were what dreams were made of: It was able to reach up to 220mph, thanks to its 540hp, flat-six 2.1-liter turbo engine. Nice… 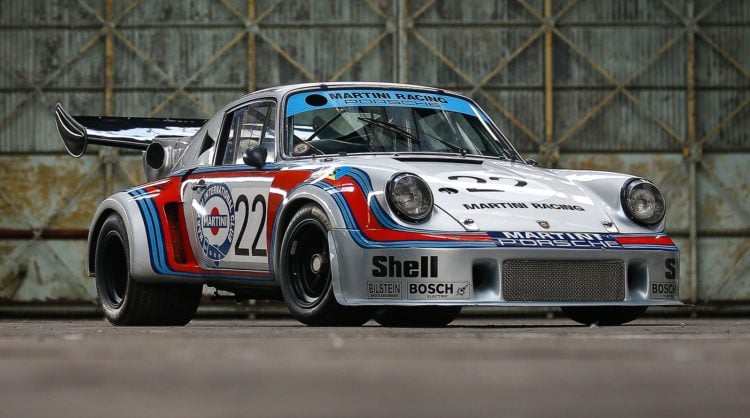 According to Supercars, the 911 RSR 2.14 Turbo had a ‘little engine, big heart’ thing going on big time. With a flat-six 2.1-liter turbo under the bonnet, this zippy little number could reach 190mph with ease. When Porsche produced this racer, they turned a big corner: This was the very first turbocharged 911, and people would never look at this particular model the same way again, and with good reason. Its vents were oversized, its body style out of this world, and the whole package was able to compete at the 1974 World Championship for Makes. All of that says a lot…not too shabby, eh? 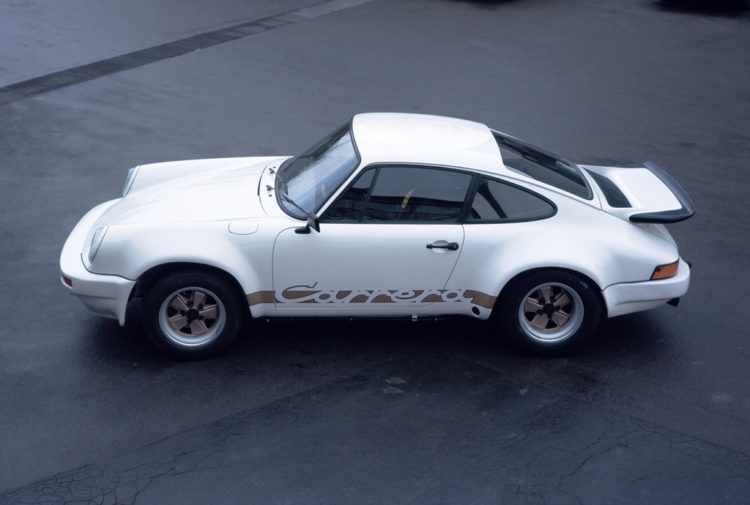 The body style of this particular Porsche is one of their most popular designs, and almost immediately recognizable with the eye; the long nose, blunt, hatchback-style rear, and clean basic curves are trademark to the brand, right? But it should be known that the 911 RSR Carrera 3.0 was designed and produced with hard-core racing on the brain. It had a simple flat-six and no turbocharge, but it offered 280bhp, and that was enough muscle to push things as far as 178mph. That might not seem like much, but according to several sources, it was enough for this car to be king for many years among those in the international racing scene, and it reigned at the FIA World Championship, IMSA, and Trans Am. Very impressive, indeed. 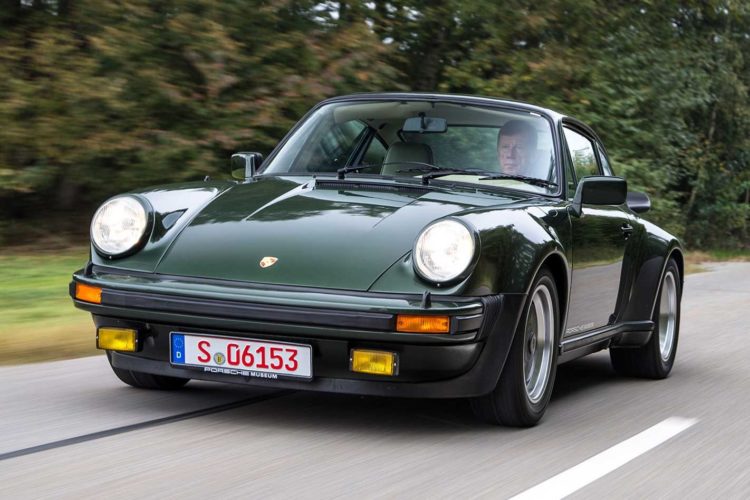 Right at the middle of the decade, Porsche put out this single turbo flat-six and called it the Type-930. It had rear wings that were slightly flared, and an air-cooled 3.0-liter, six-cylinder with a KKK Turbo-boost to match its gorgeousness. When this car came out, it was the fastest production car on the planet. Yes, you read that right; this was a car that the public could actually buy and indulge themselves with, and as we’re sure you well know, that is just what the public did. 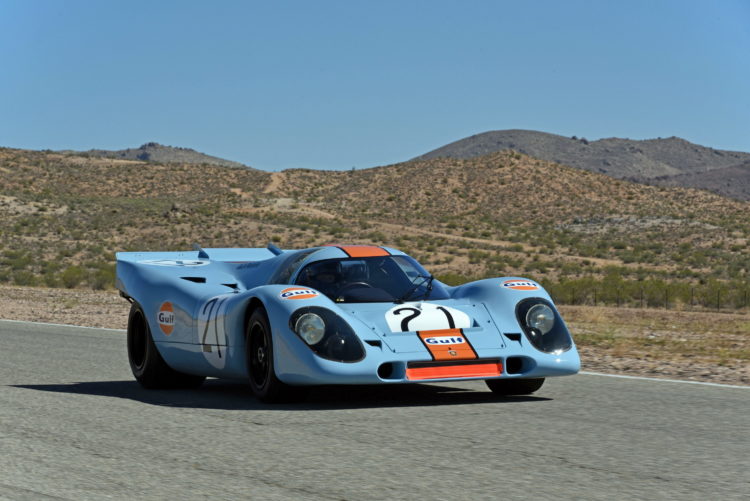 The ’71 Porsche 917 came on the scene as a straight racer, and it managed to prove itself by taking the Le Mans and Can Am that year. A 4.9-liter flat-12 help it accomplish its goals, providing it with enough power to reach tops speeds upward of 246mph. While it was killer fast, it was also dependable enough that drivers knew it could be used to win…more than once. This is considered one of the most iconic, and important, race cars that Porsche ever made, bringing into the number two spot with ease. 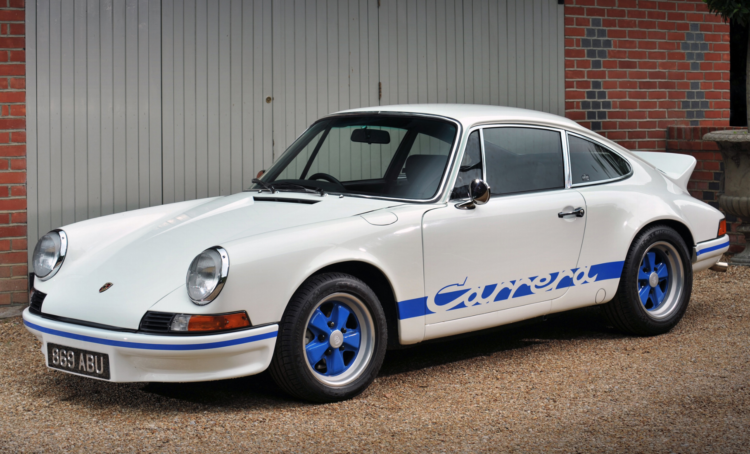 At last, we come to our number one Porsche, and we are happy to say that the 1973 Carrera RS 2.7 slides into its place without hesitation. Another Porsche developed for the racetrack, it had an air-cooled six-cylinder that gave the 12-cylinder Daytona by Ferrari a run for it’s money, and it also squared off against a Panteras with a V-8 Ford engine in it. While it only reached a top speed of 150mph, but it could go from zero to sixty in 5.8 seconds, and it did that with force. Many have fond memories of this particular model Porsche, and anyone who has ever had the pleasure of seeing it work its magic in person can likely still feel it roar.

There you have them: The 10 Best Porsches of the 70s. Sure, many of them are racers, but you really can’t claim to be a loving Porsche fan and not love the way it races. We hope you took the time for a bit of light, interesting reading, but above all, we hope we sparked a passion for the cars this iconic company put out during a decade like no other…the sensational Seventies. Thanks for joining us, and be safe out there on the road.