Home
Motorcycles
The 10 Best Sportbikes of the 90s 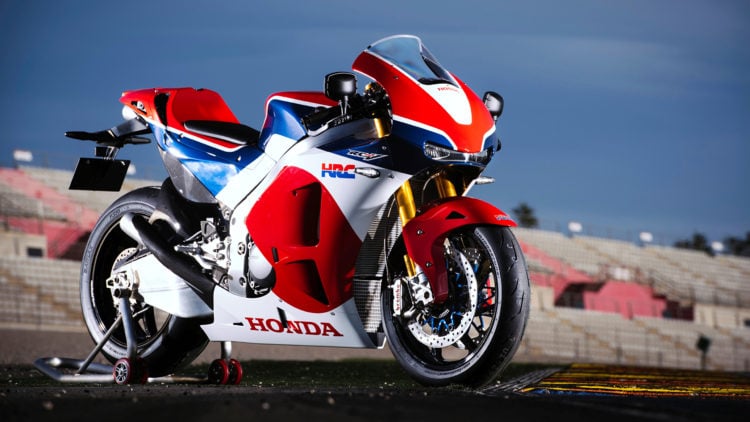 True sports bike fans know that the 90s were an incredible time for the industry. Some astonishingly good bikes were made during this decade. In fact, many of them are still sought out to this day. These motorcycles were awesome to ride, full of character and just plain awesome. Even the ones that had negative points still inspire a sense of nostalgia in our hearts. But, which ones were the best sports bike of the 90s? Our personal list is displayed below:

(The sports bikes are listed in no particular order.) This bike will never be known as a delicate performance machine, but that’s why its riders liked it. They wanted a bike that would take them for a ride on the Wild Side. It was a hard one to tame, but this made it even more fun. The YZR1 is considered to be one of the best sports bikes made in the 90s. Today, it’s still a motorcycle to be reckoned with.
The earliest version, made circa 1998, has a reputation as being the hardest to handle. The ones manufactured since then have made a lot of progress but, don’t think this means they’re easy to ride. This bike is a beast that even experienced riders have a hard time controlling. Its wild reputation has made this bike a Yamaha legend that many are still trying to tame. Back then this bike gave its competitors a run for their money. It wasn’t the most powerful, lightest, or the fastest. People loved it because it looked good. Plain and simple.
Looks aside, this is a decent road bike and it can hold its own on the track. Its ability to deliver 110 BHP at the rear wheel and its liquid-cooled inline 4 engine is pretty impressive. When it comes to sports bikes, you can stay that the 916 put Ducati back on the map. This bike was something special. It was able to do something that few before it had ever done, transcend the different markets. This sports bike was renowned for its great ride quality and awesome styling. It was these two features that helped it quickly reach iconic status.
However, those who had a chance to ride this bike found that the experience didn’t live up to the hype. The slow handling and heavy clutch made for a decent, but not mindblowing, ride. True die hard Ducati fans don’t care about things like that. To them, the 916 is one of the most notorious bikes in motorcycle history. Admittedly, this bike is considered old-fashioned now. But, back in the 90s, it’s silky handling and great character made it one of the best things on the road.
When it was created, the designers at Honda combed through their extensive body of knowledge gained from racing their Factory RVF and RC30 bikes. They wanted it to be a worthy competitor for the Superbike World Championship and, as a successor to the VFR750R RC30, the R45 had a lot to live up to. Thankfully, their hard work paid off and this is why the RC45 is one of the 10 best sports bikes of the 90s era. This motorcycle is the blueprint for every Suzuki sports bike that followed it. It was the company’s take on an entry-level sports bike and its birth marked the end of the double cradle frame for this brand. At the time, there was no better sports bike on the market. Not because it was more powerful or faster but, because it was lighter. Most of its competitors were well over 440 outs but the first Honda CBR900RR was at least 30 pounds lighter. Honda didn’t cut corners to achieve this either. This motorcycle can easily go up to a hundred thousand miles when maintained on a regular basis. As time passes, it’s been proven to be a very durable machine. It still offers a good ride and it’s surprisingly practical as well. This motorcycle was produced for nine years, from 1994 until 2003. It was specifically created to compete with the Honda CBR900RR Fireblade. But, after its release, it took on a life of its own. It cultivated its own reputation for being an excellent Sports tourer. The original ZX9Rs were a little on the heavy side but, this design flaw wasn’t an issue for long. From 1998 onwards, its new lightweight design made it one of the more capable and cutting edge sports bikes on the market. Although this motorcycle wasn’t built with pioneering technology nor did it break any records, it was still a solid V-Twin Superbike. In terms of appearance, it’s no Ducati but, looks aren’t everything. In fact, some would argue it offers a better ride than the premium motorcycle brand. The Mille was known for its impressive amount of power delivery and great torque. It also featured high-quality components like Marchesini rims and an Ohlin suspension. In our opinion, these features make it a desirable bike to this day.

To the amateur, sports bikes from the 90s look heavy and funky. But, looks can be deceiving. These bikes offer a great ride, are technically interesting, and their like will never be seen again. Enjoy them while you can and see if you can experience a ride for yourself. You won’t regret it.