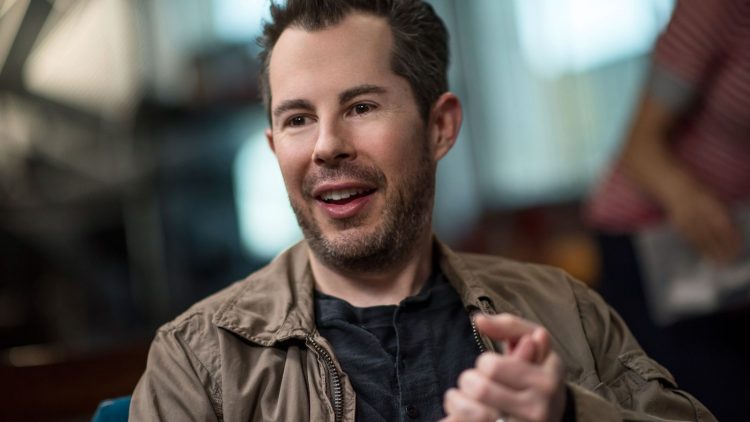 Bill Maris is the former CEO of Google Ventures. Although he left the company earlier this year he is still active and as much a go getter as he was prior to his departure. This man has a remarkable history and not everyone is aware of the contributions that he is making on the healthcare scene for example. We may see an occasional news piece that talks about his work in Google Ventures, but how much is really known about the man, how he got where he is today, and what he is doing to improve the world around him?

We’ve done our research and discovered that there is so much more to Bill that really should be highlighted so we have an accurate picture of who he really is and how remarkable his contributions are to our society. We’re going to take a closer look at the life of Bill Maris and share ten things that you probably didn’t know about him.

1. Bill Maris is a neuroscientist

Prior to his success with Google Ventures, Bill held a position with a Swedish Firm, working at their American headquarters in Manhattan. The company held investments in manufacturing, telecom and healthcare as well as the financial sector. It was his job to translate presentations for firm investment analysts.

2. Prior to Google, Maris was poorly paid

You wouldn’t know it by his current level of success, but it’s true. In his job with Investor AB, he was poorly paid. Maris earned approximately forty thousand dollars a year for doing some fairly high tech work for the company. Although the pay wasn’t great, it gave him his first real job out of college and for this, most new graduates would be grateful. It was a starting place for what has now become a successful professional launch into the corporate world. He gained some reasonable work experience there.

3. Maris owned his own Web hosting company in 1997

After he left Investor AB, Maris was looking to get into his own business. He formed the new startup he named Burlee, located in Burlington, Vermont. After building it, he sold the company to Interland in 2002 and it is now named Web.com. That’s right. The popular Web.com was started by Bill Maris in 1997.

4. Bill gained his financial skills through his Burlee startup

We must give him credit for being incredibly talented, but everyone has to learn some where. It was during his time running his own small business, which blossomed into a multi-million dollar creation, that he went through the pains of growing a business. It wasn’t all easy and he took his knocks along with way, but came out of the situation a far richer man in many respects.

5. Bill didn’t initially want to sign on with Google Ventures

Most people don’t know this, but it’s the truth. In an interview, Bill Maris admitted that he was reluctant to join the Google team. He indicated that he had watched the progress that the company was making for a few years. He really didn’t have any intentions to join, but after he made the fateful decision, he helped to catapult the team to great heights of success.

6. Bill Maris leaves when things are going too good

As odd as it may sound, Maris claims that he is leaving Google Ventures because everything is going so very well for the company. This unique professional is a genius that actually enjoys the challenge of building wealth. He’s good at it and he knows it. He’s made some great decisions that have helped a lot of people and businesses and he’s satisfied with that so it’s time to move on.

Part of the rationale for his leaving Google Ventures after just eight years is that everything is going well in his life right now. He needs to get away from everything in order to think and “incubate some ideas.” He does this better when he has a bit of solitude and quiet so Bill believes that taking a month or so to do this will help him in becoming more creative.

Maris and his wife are the parents of an eleven month old son. After leaving Google, he said in an interview that he really would like to spend more time with his family. He’s taking time off for this and to recoup his creative spark.

9. Bill Maris is raising funds for investment in healthcare

he has already raised money for investment in health care. The fund will be called Section 32. It will be based out of San Diego, CA according to Recode. The goal is two hundred and thirty million dollars. This is his most recent project after leaving Google.

Bill Maris has an estimated net worth of $2.5 billion. You have to figure that all of the investment deals that he’s made through his career have netted some really amazing returns. The multi-billionaire isn’t done with his investing career yet.

Bill Maris is a remarkable young man who has gone from making a paltry few bucks an hour to an ever soaring net worth that is a bit mind boggling. He has gone from his first job as a ticket taker outside of a concert venue to one of the super rich under forty members. Of course, it’s taken a lot of hard work and dedications. This brilliant and highly educated investor took the paths that would lead him in the direction of opportunity which he seized and turned into some phenomenal successes. Bill Maris is a mover and a shaker. One thing is for certain, and it is that he knows how to make a business profitable. This is one of the reasons why investors like his projects and why he will always be on top of his game.

He’s taking a little time to recoup a bit but even when at rest, he’s still leveraging multi million dollar deals. Here, we’ve taken a look at the man with perhaps a little deeper investigation into who he is as a person as well as a professional. We know that he’s a man who values time with his family. We’ve also learned that he knows when it’s time to take a step back for the sake of rejuvenation. Maris is quite an inspiration and sets the bar high as an excellent example of how you can go from minimum wage pay to multi billionaire.