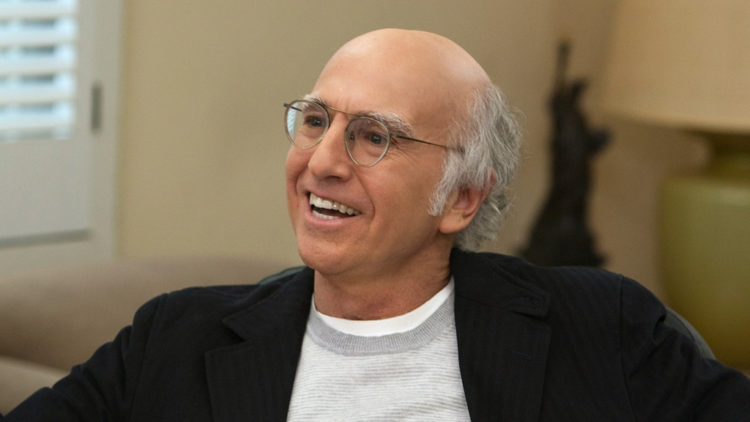 Writer of Curb Your Enthusiasm and Seinfeld, Larry David has a unique view of success because his job is to make people laugh. He admits he is not an actor, and yet is able to write lines for actors whose job is to make their audience laugh. He was voted one of the most successful comedians by his peers. Viewers young and old continue to watch his shows over and over. It is a different perspective of success, so here are his 10 rules of success.

It is a funny thing about people and their gifts for success – they seem to take a while for them to realize what they really are. Before you can use your gifts you need to stop and take an inventory of what you believe they are. For Larry David, he found out that he really wasn’t good at anything else after being a limo driver and a historian. In the process you may discover gifts you never knew existed. Once you discover them, use them. Gifts unused are like Christmas presents unopened.

Of course, most people connect these three words with Nike. The unfortunate thing is that people narrow it down and apply it only to sports. This is a huge mistake. You can rethink and overthink just about anything you want to accomplish, but doing it requires you to go from “I think” to “I do.” A friend of Larry David told him he should try doing stand up comedy instead of looking for the security of a 9 – 5 job. He did, and that was the beginning of his success..

3. Realize what your focus is.

This is a clumsy way of saying that once you inventory your gifts, then you need to find how to maximize your use of those gifts and focus in on accomplishing one goal. Trying to do too much too soon is a virtual guarantee of wasting your talents. Until Larry David found Seinfeld, he woke up every morning wondering “Now what?” Everyone will have a piece of good advice about what you should do, but only one of those pieces of advice will be right at that moment.

Boldness is one of those words that means different things to different people. It is not being “in your face” to someone, nor is it about being arrogant. The best way to understand what it means is to have enough confidence in yourself to know what you are capable of – and letting other people know it. There is little doubt the 7 years Larry David wrote for Seinfeld gave him the opportunity to be a risk taker while being successful at the same time. Success is not a matter of being timid and waiting for opportunities to come to you. To go after those opportunities and have the confidence to achieve what you believe is boldness.

Remember, this list is about Larry David as a comedy writer. Pushing the boundaries in comedy is basically what defines comedy. And that takes experience. Remember Michael Richards? He pushed the boundaries too far and killed his career. Knowing what the boundaries are for your gifts and goals requires some experience. This is one of those pieces of advice that can easily backfire if you try to push too far, too soon.

To improvise means to adapt to an unexpected situation and turn it into a positive. There is no such thing as negative improvisation, not at least if you want to be successful. This is another piece of advice that requires some degree of experience for most people. Some have the gift of being able to improvise, so it comes natural to them to adapt to new situations. For most people though, you have to know what you can, in effect, get away with.

OK, this seems contradictory given that your goals and measurements of success are supposed to be a long term strategy. What Larry David is talking about is when you have reached a point when you have reached such a high level of success the only place to go is down. It is like when should an athlete retire and move on. Obviously, you want to go out at the top of your game, yet it is one of the hardest things to accept and actually move on.

10. Always perform at the top of your game.

Comedians, athletes, and the like are always in public venues when performing. The Seinfeld writers and actors performed before millions every show. But most of us will not come anywhere near the type of public recognition these people deal with every day. When they perform well, they get an earful. The same applies when they fail. But for most of us we will need the honest opinions of our supporters and make adjustments when needed. They say there is always room for improvement. There is.