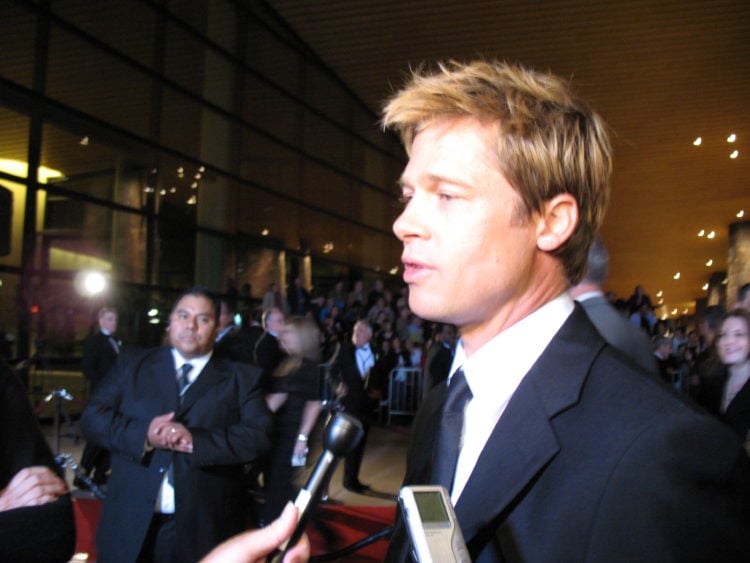 In short, Pitt was born in the state of Oklahoma but was raised in the state of Missouri. When he was still in school, he participated in a wide range of activities, with examples ranging from both the Key Club and the Forensics Club to golf, tennis, and swimming. Eventually, Pitt went on to attend the University of Missouri where he would study journalism, though he remained reluctant to settle down in some place as his graduation date came closer and closer. As a result, Pitt made the fateful choice to head where the films were being made, having long been fascinated by how they served as windows into whole other worlds. In fact, he was so eager that he left school two weeks before he would have completed the coursework that he needed for a degree with the result that he soon winded up in Los Angeles.

How Did Brad Pitt Reach His Current Net Worth?

Initially, Pitt worked a number of odd jobs in Los Angeles, which were needed to keep him going while he was taking acting lessons. Eventually, this resulted in him getting some un-credited roles, which were followed up by his two-episode role in the soap opera called Another World. Each such role paved the path for something more, building up and up until Pitt landed a role as a small-time crook called J.D. in Thelma & Louise. While the role wasn’t particularly significant, it was nonetheless the one that established Pitt as a sex symbol, which was followed up by a role in a biopic called A River Runs Through It that provided him with a serious shot of credibility in spite of Pitt’s own reservations about his performance in that case.

Since that time, Pitt has appeared in a wide range of important roles in a wide range of well-known movies, though his performances haven’t always been met with consistent approval. For example, he was in Interview with the Vampire, but he was criticized by some because he supposedly lacked the sort of on-screen introspectiveness needed to sell the character that he was playing as. Likewise, Pitt was in the cult classic Fight Club, which itself was met with a rather divided opinion rather than anything that even comes close to being called a consensus. Regardless, Pitt continues to get important roles in high-profile movies in the present day, as shown by the fact that he is set to star in not just the upcoming Ad Astra but also Quentin Tarantino’s Once Upon a Time in Hollywood as well as a follow-up to World War Z.

Based on this, it should be clear that a considerable chunk of Pitt’s net worth was built up through his career in the movies. However, it should be remembered that he has other sources of revenue as well, not least because he is so famous that his fame makes him a boon for marketers. Simply put, there are a lot of brands out there that have put his image to beneficial purpose for them, with some examples ranging from Heineken to Honda. Naturally, said uses have not been for free, meaning that Pitt has managed to earn a fair amount from these endorsements as well.

On the whole, it seems safe to say that Pitt’s career remains vital. For proof, look no further than the three upcoming movies that were mentioned earlier. As a result, it is probable that while Pitt’s current net worth might be estimated to be around $240 million, his future net worth will be something else altogether. This is particularly true because it is proven fact that Hollywood actors tend to have longer careers than Hollywood actresses, meaning that it is perfectly possible that Pitt will continue earning huge sums for his performances for decades and decades to come.