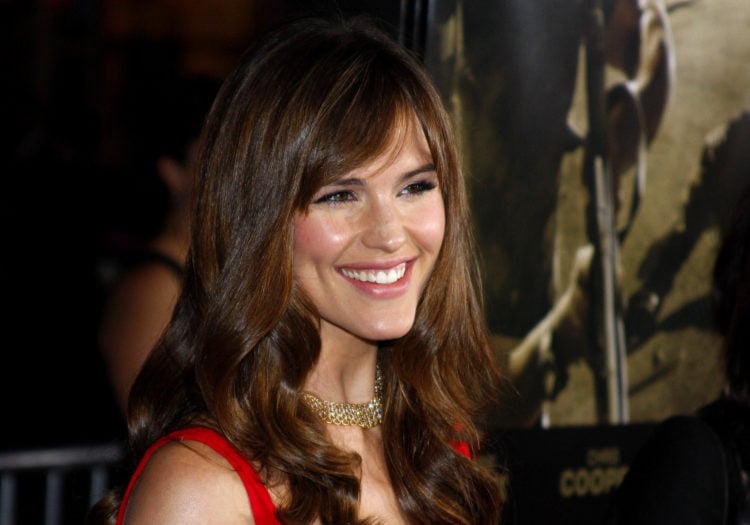 Jennifer Garner is an actress, activist, and entrepreneur who has achieved great success in all aspects of her career. She is a talented, internationally renowned, and award-winning actress who has received great acclaim for her work. It is estimated that this actress is now worth $80 million. So, how did Jennifer Garner become so rich?

Garner was born in Houston, Texas, on April 17, 1972. She was academically talented as a child and teenager, and enrolled in the Denison University in Granville, Ohio, to study chemistry. However, she later changed her major to theater. She used her time at university wisely to gain some experience in acting. One summer she worked at the summer stock theater, and during the fall she studied at the National Theater Institute. Jennifer Garner graduated with a Bachelor of Fine Arts degree in theater performance in 1994.

The Beginning of Her Acting Career

After graduating, Garner moved to New York to launch her career in theater. Her first job was working as an understudy for the Roundabout Theatre Company. Around the same time, she also made her first screen appearance when she landed a small role in the romance miniseries ‘Zoya’. This led to her landing further small roles in television series and television movies.

Garner’s first lead role was in a television movie called ‘Rosie Hill’ in 1997. The same year, she made her first feature film appearance in ‘Washington Square’. Over the next few years, she landed roles in ‘Mr. Magoo’, ‘Deconstructing Harry’, ‘Significant Others’, ‘Felicity’, ‘Time of Your Life’, ‘Aftershock: Earthquake in New York’, ‘Dude, Where’s My Car’, ‘Stealing Time’, ‘Pearl Harbor’, and ‘Alias’.

Jennifer Garner’s career really took off when she made the transition to film. Steven Spielberg had seen her in Alias and contacted her to offer her a role in the 2002 film ‘Catch Me If You Can’ playing a high-class call girl. A year later, Garner landed her first co-starring role in ‘Daredevil’. The same year, she played her first leading role in the romantic comedy ’13 Going On 30’.

Next, she starred in ‘Catch and Release’. However, this had been filmed several years earlier when she still starred in ‘Alias’, but the release had been postponed. Garner then took a short break in her career to marry Ben Affleck and give birth to her first child. On her return to work, she had a supporting role in ‘Juno’ and another in ‘The Kingdom’. She also spent some time getting back to her roots and worked in theater. However, she only spent a brief spell in theater before returning to film. 2009 was a good year for Garner as she had roles in two commercially and critically successful romantic comedies; ‘Ghosts of Girlfriends Past’ and ‘The Invention of Lying’. A year later, she was part of an ensemble cast in ‘Valentine’s Day’. She then had a supporting role in the remake of ‘Arthur’ the following year.

Since 2012, Jennifer Garner has continued to enjoy a successful career in the film industry. Some of Jennifer Garner’s films have included ‘The Odd Life of Timothy Green’, ‘Butter’, ‘Dallas Buyers Club’, ‘Draft Day’, ‘Alexander and the Terrible, Horrible, No Good, Very Bad Day’, ‘Men, Women & Children’, Danny Collins’, ‘Miracles from Heaven’, ‘Nine Lives’, ‘Wakefield’, The Tribes of Palos Verdes’, and ‘A Happening of Monumental Proportions. Most recently, she has starred in films including ‘Love, Simon’, ‘Llama Llama’, and Peppermint, all of which were released in 2018. In the same year, she starred in the television series ‘Camping’ and was honored with a star on the Hollywood Walk of Fame. Her next project is starring in the upcoming Netflix comedy film ‘Yes Day’.

Although Jennifer Garner’s focus has been her acting career, she has also been involved in many other ventures. One of her first ventures was to become an ambassador for Save the Children, and this is something that she has been involved with since 2009. She became one of their trustees in 2014.

She has been a celebrity spokesperson for the fashion brand Max Mara since 2013. A year later, she was signed as a spokesperson for the Capital One Venture Air Miles credit card. Garner is also a businesswoman as she founded the company ‘Once Upon a Farm with John Foraker in 2018. This is an organic, fresh baby food brand. She is currently the company’s chief brand officer. Their products are available to families who are eligible for the Special Supplemental Nutrition Program for Women, Infants, and Children (WIC).

According to Celebrity Net Worth, Jennifer Garner has an estimated net worth of $80 million. She has made most of her fortune through her work as a film actress. She has also made some money from her other ventures.

In her personal life, Jennifer Garner has been married twice. Her first husband was actor Scott Foley, who she met in 1998 when they were working together on ‘Felicity’. They married in 2000, but separated in 2003, with Garner filing for divorce in the same year. A year later, their divorce was finalized. Garner then dated actor Vartan for almost a year.

While filming ‘Pearl Harbor’ in 2001, Garner met actor Ben Affleck. The pair worked together again in the 2003 film ‘Daredevil’ and they began a relationship. Two years later, they married in a private ceremony. The couple had three children together. Their first daughter, Violet, was born in 2009, followed by a second daughter, Seraphina, four years later, and then a son, Samuel, in 2012. Unfortunately, the couple separated in 2015, and their divorce was finalized in 2018. They have shared custody of their children. Since then, Garner has been dating John C. Miller, a businessman.