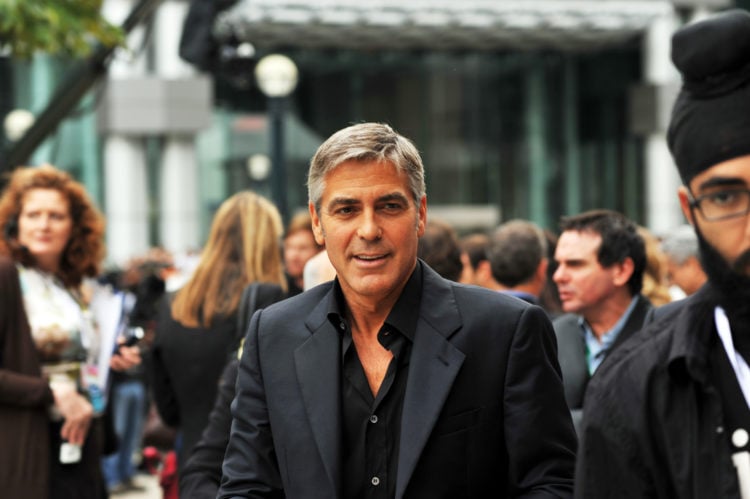 George Clooney is an actor who was born in Lexington, Kentucky, on May 6, 1961. He began his career in the entertainment industry in 1978. Unlike some actors who achieve instant success, fame was something that Clooney tried to achieve for many years before finally rising to prominence and achieving his professional goals. He is now an established and successful actor in both the television and film industries. This has led to him now having a net worth of $500 million. So, how did George Clooney earn all this money?

His first role on television was in a 1978 mini-series called ‘Centennial’. He then went on to play more minor roles on television but struggled to get his break and find consistent work or major roles. He finally got his big break in 1994 when he landed the role of Dr. Doug Ross in the popular medical drama series ‘ER’, which was aired on NBC. He remained one of the main characters in this series until 1999 and only returned once to make a cameo appearance in season six.

While working on ‘ER’, Clooney had already begun to play small roles in films and these had varying degrees of commercial success. As he had risen to prominence in the medical drama series and had begun to establish himself in the film industry, the roles he was offered began to get bigger, better, and more well-paid. After leaving ‘ER’, he appeared in his first commercially successful movie ‘The Perfect Storm’. In the same year, he also had a role in ‘O Brother, Where Art Thou?’.

His next major success was playing the lead role of Danny Ocean in the 2001 movie ‘Ocean’s Eleven’. This was followed by two sequels in which Clooney starred; ‘Ocean’s Twelve’ in 2004 and ‘Ocean’s Thirteen’ in 2007.

Clooney’s success in the film industry is the biggest contribution to his personal net worth. Other major films in which he has starred include ‘Syriana’, ‘The Good German’, ‘The American’, ‘Letterheads’, ‘Up In the Air’, ‘The Ides of March’, ‘The Descendants’, and ‘Gravity’. He also voiced Mr. Fox in the animated movie ‘The Fantastic Mr. Fox’. His most recent role was in the 2017 film ‘Suburbicon’. Although he has enjoyed great success as an actor, he has also made his mark in the film industry through his roles behind the camera as a producer and a director.

In 2001, George Clooney co-founded Section Eight Productions with director Steven Soderbergh, with whom he had already collaborated on many film projects. This company led Clooney making his directorial debut with the 2002 film ‘Confessions of a Dangerous Mind’. This film was based on the autobiography of Chuck Barris, a television producer. In 2005, he directed, produced and starred in ‘Good Night, and Good Luck’. Other films he has directed include ‘Letterheads’ and ‘The Monuments’.

Each of these activities and roles in the film industry has significantly contributed to his wealth of $500 million. Another way in which he has made money is through buying and selling properties. Although he is not officially involved in real estate investment, he has invested well personally in properties and made money on the sales of these. He now has properties in many locations across the globe.

His main residence is a home in Los Angeles which he purchased in 1995 through his George Guilfoyle Trust. This property measures a staggering 7,354-square-feet. His secondary residence is a Grade II listed Mill House on a small island in the River Thames in Oxfordshire, England, that is believed to have cost the actor $10 million. He bought this with his wife, human rights lawyer Amal Alamuddin, whom he married in 2014. The couple had twins, Ella and Alexander, in 2017. His other properties include the former residence of Italian author Ada Negri which is located next to Lake Como in Italy and a home in Los Cabos in Mexico.

A further way that Clooney has made money is by endorsing products and appearing in commercials for these. The companies for which he has had deals include Nespresso, Omega, Martini Vermouth, and Fiat.

As a result of his work in the film industry combines with his real estate investments and his work endorsing products, George Clooney now has an estimated personal net worth of $500 million.