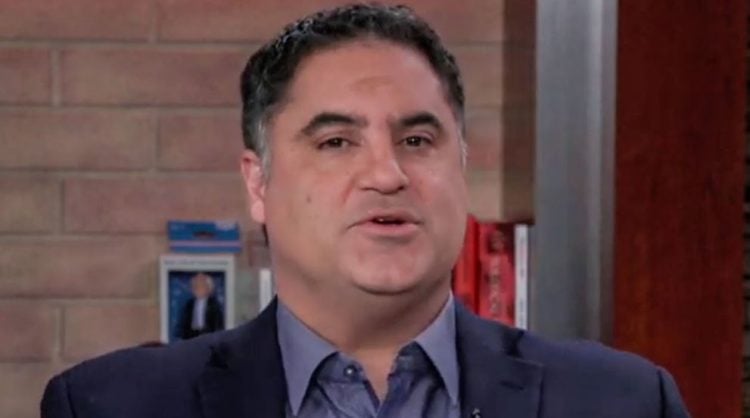 If you don’t already know the name Cenk Uygur, then let me introduce you. Cenk Uygur is the Turkish-American political commentator, lawyer, and journalist who shot to fame as the founder and host of progressive Internet talk radio show and TV show, ‘The Young Turks’. By all accounts, he’s also a very wealthy man. According to the latest estimates over at Celebrity Net Worth, Uygur is currently sitting on a very respectable net worth of $5 million. Here’s how he got it.

From Law to Radio

Uygur was born in Istanbul, Turkey, on March 21, 1970. When he was 8 years old, his family emigrated to the US. After settling in New Jersey, Uygur was educated at East Brunswick High School and later the Wharton School of the University of Pennsylvania and Columbia Law School. After graduating with his Juris Doctor degree in law, he took the first step in his career with an associate attorney post at Drinker Biddle & Reath law firm. But apparently, being an associate attorney isn’t as much fun as it’s cracked up to be. Uygur had always had a lot to say (sometimes too much – several essays he penned at college would later come back to bite him when their contents, which included disparaging remarks about women and a denial of the Armenian Genocide, were made public) so talk show radio seemed the natural next step. His first appearance on the radio came with a weekend slot on Washington, D.C.’s WWRC. From there, he was offered the chance to appear, produce and write for the WAMI-TV news show, ‘The Times’. At around about the same time as his radio appearances were starting to get him noticed, Uygur was also gaining popularity with a weekly blog over at The Huffington Post.

Increased Exposure and the Launch of The Young Turks

By 2002, Uygur was already something of a ‘name’. His attacks on the Iraq War in his Huffington Post blog had drawn plenty of attention from both sides of the fence, while his radio shows had, if not put him on the map, then certainly put him on the road to getting there. But then along came ‘The Young Turks’ (TYT), and with it, a whole new level of fame… and fortune.

‘The Young Turks’ launched on February 14, 2002. Its original home was the Sirius Satellite Radio network, and its original intention was to offer a whole new kind of left-leaning, public service journalism. But no one listened. By 2006, Uygur knew that if he wanted to continue with TYT, he’d need to find a new way of doing it. To that end, he turned down a $250,000 radio-only deal to turn TYT into the first-ever daily streaming online talk show. And that’s when everything changed. Overnight, TYT listening figures jumped from almost nothing to over 30,000. By 2010, he and his co-host Ana Kasparian were picking up more YouTube subscribers than CNN. They’d also managed to beat off the competition to win the Best Political Podcast 2009 at the Podcast Awards and Best Political News Site 2009 at the Mashable Awards, along with a nomination for Audience’s Choice Award 2010 at the Streamy Awards.

Clearly, Uygur’s strategy had worked – and in his usual bombastic style, he was in no danger of keeping quiet about it. “Before if you got on CNN or ABC in America, that was huge – they always bragged about ‘Oh, we’re in 72m homes’,” he said during an interview with The Guardian in 2010. “Now I think, so what? YouTube is in every home.” Fast forward to today, and TYT has now amassed over 7.5 billion views on YouTube and over 4 million subscribers. Combine that with the views and subscribers it pulls in from the other platforms it broadcasts from, and you’re looking at a global sensation that boasts over 8 billion views and 13 million subscribers to its name.

While developing TYT from a small-time concern into a global phenomenon has been Uygur’s chief occupation for the past two decades, he’s not been lazy on other fronts – and fortunately for his YouTube figures, those other fronts are all sufficiently in the public eye to keep interest on Uygur and TYT at a peak. In 2017, Uygur co-founded the Justice Democrats with the aim of moving the Democrat Party away from the center ground and more towards the strongly progressive politics advocated by Bernie Sanders. Unfortunately for Uygur, his college years came back to bite him less than a year after the group’s launch when the dubious content of several college essays (along with a handful of blog posts from the early noughties) came to light. Immediately denounced by the Justice Democrat leadership as “sexist and racist”, the essays spelled the end of Uygur’s time with the group.

Uygur himself was quick to denounce the pieces, claiming he’d written them during a period in which he still held conservative views, and had deleted the blog posts expressively because he no longer felt they represented who he was. “The stuff I wrote back then was really ignorant,” he said in a statement. “If you read that today, and you’re offended by it, you’re 100 percent right. I deeply regret having written that stuff when I was a different guy.” As a result of the furor surrounding the pieces (and in particular, their denial of the Armenian Genocide), Uygur resigned from his position at Justice Democrats, although he remains a supporter of their work to this day.

What’s Next for Cenk Uygur?

Cenk Uygur clearly has a lot of opinions, and he’s not afraid of making those opinions heard. Up next for the host is his debut book, ‘Justice Is Coming: How Progressives Are Going to Take Over the Country and America Is Going to Love It’. Currently slated for release on January 19, 2021 – which just so happens to be the day before Inauguration Day – the book is described by Google Books as: ‘A manifesto that outlines the progressive vision, recent history, and worldview’. Whether it’s a great work of literature, well – we’ve got our doubts. But that it will add a few more dollars to Uygur’s already heaving bank account is almost guaranteed.