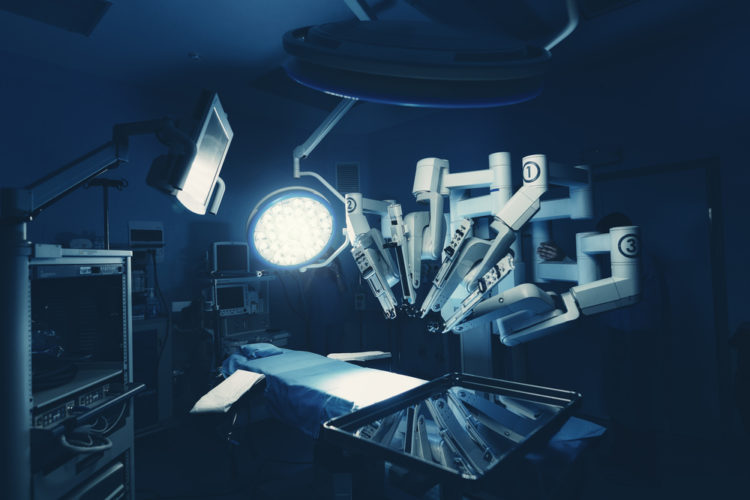 CMR Surgical is a medical technology company that has developed and produced the Versius robotic surgery system. The startup has made news with its invention that could be a game-changer in the surgical niche of the medical equipment industry. It has tremendous implications for helping to advance the practices of surgeries into more modern techniques. It’s a company that is up and coming that merits a closer look. Here are 20 things you probably didn’t know about CMR Surgical that you might find interesting.

1. CMR Surgical is a new startup

Companies that conduct research and development into new technologies and equipment can take decades to perfect their new inventions. This has not been the case for CMR Surgical, however. According to Wikipedia, the company was incorporated officially in 2014. It’s going on its seventh year in business, which is relatively young for a company of its kind. CMRS has advanced quickly in the delivery of its chief product, Versius.

Just four years after this medical tech company launched itself as an incorporated business, it changed its name. It dint’ start as CMR Surgical. The first name was Cambridge Medical Robotics, but in 2018, the name was changed to reflect its acronym and shorten the longer version. If you see it worded, either way, it’s still the same company.

3. CMR Surgical is responsible for robots in hospitals and clinics

Although it may sound a bit frightening to consider robots at work in healthcare settings, it’s a very good thing. CMR Surgical’s robotic devices are destined for use in hospitals shortly.

4. CMR Surgical’s Versius is in use

People who require any type of surgical procedure may benefit greatly from the use of CMR Surgical’s technology. The company produces robotics arms that have already been tested in a hospital setting. A version has been used to perform keyhole surgery and was approved by the Therapeutic Goods Administration in the United Kingdom. In 2021, the Versius arm was introduced to Macquarie University Hospital.

Professor Dr. Raj Nagarkar of India’s HCG Manavata Cancer Centre has performed one-thousand operations with the Versius robotic arms. He reports that the results have been positive and even better than traditional surgical methods. An assessment of the outcomes shows that overall, patients receive greater benefits from the robotic method with shorter stay times in the hospital, and reduced pain levels. He also reported that there is less bleeding and the risk of infections is reduced.

CMR Surgical provides a product that is making the jobs of surgeons easier. The robotic arms are easy to set up for the procedures. They offer surgeon advantages because surgeons can now sit in a chair and feel more relaxed during the procedure. There is less physical strain on surgeons and this, in turn, will make them able to assist with a larger number of surgeries each day and help more people.

7. CMR Surgical’s products are being used in more hospitals since 2020

In addition to hospitals and clinics in the United Kingdom and India, surgeons are also using the equipment made by CMR Surgical in Milton Keynes. There are also plans to continue production of the units and to expand their presence into six more NHS hospitals within six months. This is good news for investors in the company because it shows that the startup is penetrating more markets and establishing a stronger presence in the market, grabbing its share of the pie from its competitors.

8. CMR Surgical is a disruptor in the industry

According to Techcrunch, CMR Surgical has entered the niche market of minimal access surgery with its robotic arm. This is the next generation in surgical robotic systems for this purpose. The Versius is a next-gen tool that fits into modern operating rooms and it fits in well with surgeon attitudes as useful equipment for delivering value and benefits for surgeons performing the procedures, and ultimately for the patients with improved outcomes.

CMR Surgical is listed across two main industry categories with a singular focus. It uses robotics in the medical device industry, by definition of the terms. This singular focus allows the company to maintain its intentions on a narrow discipline without spreading resources or attention in too many directions. The result of this is a superior product. The three co-founders of CMR Surgical bring high levels of expertise in their respective industries. Luke Hares is a technology expert. Mark Slack is an expert in the medical field and Martin Frost brings his business expertise to the table. Together the trio has brought their insights as a team to develop and launch the British startup which has so far, achieved remarkable results. These three are reaping the benefits that come with owning a multibillion dollar enterprise, along with the satisfaction of serving the healthcare industry.

Six people are servicing on the executive leadership team for CMR Surgical. The chief executive officer is Per Vegard Nerseth. Jon Pebody is the head of the supply chain. Mark Slack is the chief medical officer. Keith Marshall is the engineering director. Luke Hares is the technology director. Paul Robers is the operations director.

11. CMR Surgical has a small board of directors

The CMR Surgical website is powered by 20 active technologies. This is a complicated array of different technologies that are distributed among 25 technology products that make the website function smoothly and seamlessly for the end-users. Some of the products used include jQuery, iPhone Mobile Compatible, SSL by Default, SPF, HTML5, Google Analytics, and others. The cost of IT and related expenses for CMR Surgical is $6.6 thousand per year. The additional tech expenses are just the cost of doing business.

13. CMR Surgical is unique amongst the competition

CMR surgical has registered a high number of patients in the medical or veterinary science and hygiene categories. The total number of items that remain their intellectual property solely is a whopping 116. That’s only part of it. In addition, the startup has registered sixteen trademarks in the medical apparatus and instruments category. What this means is that these are elements of the products that CMR produces that cannot be legally copied or imitated by competitors within the industry, or anywhere else for that matter. The unique designs and technology that CMR Surgical utilizes cannot be used by anyone else and this is one of the factors that makes them unique within the business.

14. Some people are losing interest in CMR Surgical

While the business for CMR Surgical is advancing and moving forward, there has been a decline in the growth rate for monthly visits to the website. This is no reason for alarm by any means. The site still receives an average of 19,738 visitors per month. Out of the millions of websites that are registered on the world wide web, CMR Surgical is ranked as being number 817,657 based on its monthly traffic count. Visits are down by 0.07 percent which is a low figure.

15. CMR Surgical is the most popular in the United Kingdom

CMR has participated in a total of five venture capital funding rounds. The most recent was a Series D round that was completed on June 28, 2021. So far, the company has raised a total of $975 million in funding from VC and angel investors who have faith in the startup’s ability to deliver a good return on investment over time. The first round of Series A funding closed on July 18, 2016, raising $20.3 million, led by ABBTechnology Ventures with four investors. The second round of Series A funding closed September 18, 2017, raising an additional $26 million with five investors. A Series B round closed June 4, 2018, led by Silk Road Fund with five investors raised 74 million in British Pounds. On September 17, 2019, LGT Group led a Series C round with five investors raising an additional $240 million, followed by the most recent round led by SoftBank Vision Fund and Ally Bridge Group, along with 11 investors raising 425 million in BP. It’s a fair assessment to say that investor confidence is high in CMR Surgical.

According to Techcrunch, the latest round of venture capital funding has pushed CMR Surgical’s valuation to a figure of $3 billion. This is three times the required amount necessary to qualify as a unicorn company. CMR Surgical has been at the billion-dollar mark for a while now, and it continues to increase in its value. It has joined the elite group of companies with a minimum of a billion-dollar valuation.

18. CMR Surgical offers a solution for a pandemic-induced problem

The recent Covid-19 pandemic that has swept across all nations of the world has created some serious and potentially life-threatening situations within the healthcare industry, aside from the effects of the virus. It has created a large backlog of surgeries that had to be put on hold because of the high risk of entering a medical facility. The implementation of robotic arms to aid in surgical procedures helps to make the surgeries go much faster, as well as reducing physician fatigue. This allows surgeons to complete more surgeries daily in an attempt to try to catch up on the number of people who are still on waiting lists.

The good news is that CMR’s Versius robotic arm is being used in more hospitals and clinics to improve the rate of surgeries being performed. So far, four of the United Kingdom’s National Health Service hospitals are using the Versius surgical platform with positive results. It is also being used in multiple different hospitals throughout other parts of Europe as well as in India, Australia, and parts of the Middle East. This effective, safer, and more efficient technological device is improving the speed and outcomes for surgeons and patients across the globe.

CMR Surgical is not a company that you will find listed on any of the world’s public stock exchanges. The owners have opted to keep the startup as a privately owned organization. You won’t find any shares available for public buying, selling, or trading. So far, there is no news about discussions to go public with the company. This type of fundraising is not necessary and it could even be detrimental. CMR Surgical is doing fine with its private investors and it continues to perform at high levels. CMR Surgical is poised to change the way that surgeons perform less invasive procedures with greater efficiency and better patient outcomes.

A Simple Guide on How to Clean Watches Properly