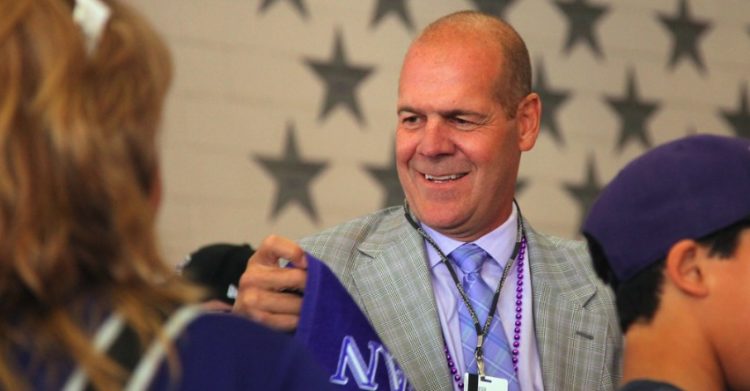 One of the more colorful and controversial figures among MLB owners, Charles Monfort, has made headlines for being good, bad, and sometimes ugly. That said, the Colorado Rockies continue to put a winning team on the field, and there are times it’s hard to argue with success. With this in mind, here are the 10 Things You Didn’t Know about Colorado Rockies Owner Charles Monfort.

1. He, along with brother Dick, continue to be extensively involved in their local community.

The Monfort Family Foundation is an organization that is focused on families, having given $10 million for the construction of an extension of Children’s Hospital, Colorado in Aurora. Not only does Charles profit from the family fun nature of baseball, he gives large chunks of it back to ticket holders.

2. Part of the Monfort Family Foundation connects baseball with medicine.

When recovering from an illness in a hospital, there’s nothing like seeing your favorite team’s history and memorabilia just an elevator ride away. The better half of Charles decided to create a Colorado Rockies display on the 7th floor of said hospital which includes artwork and photos, as well as memorabilia.

As onetime president of the Monfort International Sales Corporation, the company soon became one of the world’s largest exporters of beef. An area that particularly benefitted from his global exports was Asia, including China before the tariffs.

4. He gave up shipping food to devote his full time efforts to building the Rockies.

His beef exporting company soon merged with ConAgra, which shipped a wealth of refrigerated foods around the world. As president, his new company continued to flourish. But when the opportunity came to return to hotdogs and apple pie, it was an offer he couldn’t refuse. That year was 1997.

OK< this historical tidbit may have something to do with some of the items that follow on this list, but you can make the connection if you are inclined to do so. He attended the University of Utah back in 1982 where he graduated with a degree in Marketing and Business Management. That was a foundation for his successful business career, but he was also president of the Kappa Sigma fraternity.

6. In 2011, Charlie Monfort faded from the limelight as the Rockies’ co-owner.

Of course, there is a reason for everything, and in this case it was because he ran into a significant drinking problem. It is the problem with success: once you are in the light, fading away is not an easy thing to do. Rockies’ fans and Denver natives were aware of the problem, but many people in the rest of the country aren’t particularly interested in what goes on in Colorado.

His Christian connection made his problems with substance abuse a topic of national interest, from both critics and followers alike. Things got very public when he was arrested for drunk driving and publicly accused of trying to start a fight with someone from the sports media while intoxicated. As for the latter, it is a question of he-said, he-said, but at that point it didn’t really matter. The damage had been done.

8. He credits his wife Vanessa for changing him from frat boy to responsible adult.

This is the other side of the drinking story. It makes sense that he would continue his frat boy mentality into his dating life, but after meeting Vanessa he admittedly slowed down. That was 8 years before the relapse, which makes you wonder how serious the problem really is. Eight years after the aforementioned incident things appear to have settled down.

9. He serves on the Special Olympics Board of Directors.

This may give you the impression he is a Jekyll and Hyde type of person, but he has a long history of being involved with the community and charitable organizations. The Special Olympics has continually been a successful organization for many years, and Charles has been instrumental in moving the organization in a positive direction.

The problem in estimating Charles’ net worth is much of it is connected to the Rockies, which is worth at least $575 million. We presume he made millions shipping beef all around the world, and kept some of that money. But other than his public record of his ownership of the Rockies, the rest of his financial data appears to be held closely to his vest.