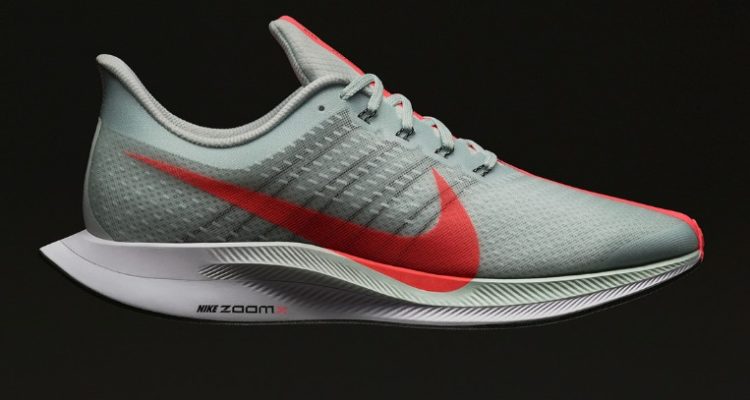 Nike is one of the most famous corporations that can be found on the planet. In significant part, this is because of its outstanding marketing, which has made it a household name in countries situated all around the globe. However, it should also be noted that Nike has the fundamentals needed to back up its reputation. For example, it is the biggest supplier of sports shoes and apparel in the world. Furthermore, its brand was valued at $29.6 billion in 2017, which is more than enough to make it one of the most valuable brands in the world. Summed up, Nike is very much a company of note, which is something that it has managed to build up piece by piece over the course of more than five decades. Here are 20 things that you may or may not have known about Nike:

1. Named for the Goddess

Nike is named for the ancient Greek personification of victory, who was shown in a wide range of ancient Greek art as a woman with bird wings. It is interesting to note that Nike was one of the four children of the river goddess Styx along with Kratos, Bia, and Zelus, who were also personifications representing strength, force, and zeal. Together, the four siblings were some of Zeus’s closest companions, having earned that status when Styx brought them over to the side of the gods during their uprising against their titanic predecessors.

2. The Exact Meaning of the Name Is Unclear

With that said, no one knows what the name Nike means. Some scholars have speculated that it might have pre-Greek roots, with one excellent example being the suggestion that it comes from a Proto-Indo-European word meaning “to attack.” If so, this would make Nike cognates with not just other ancient Greek words but also other words in other languages.

3. Started Out as Blue Ribbon Sports

Nike wasn’t named Nike until some time following its founding. Instead, it started out as Blue Ribbon Sports, though it is important to note that it was a shoe distributor rather than a shoe manufacturer in those earliest days. As for the people who co-founded what would go on to become Nike, one was a student athlete named Phil Knight while the other was a school coach named Bill Bowerman. In those earliest days, Blue Ribbon Sports was a shoe distributor for a Japanese shoe manufacturer called Onitsuka Tiger. For those who are curious, Onitsuka Tiger is one of the oldest shoe manufacturers that can be found in said island nation, having been founded by an ex-military officer who wanted to promote athletics for the purpose of raising the self-esteem of Japanese youth following the Second World War. Nowadays, Onitsuka Tiger falls under the corporation called ASICS, which was created when Ontsuka Tiger merged with a couple of other Japanese shoe manufacturers. Regardless, when Knight and Bowerman were still working as shoe distributors, they made most of their sales at track meets where the two would carry their products in Knight’s motor vehicle.

5. Had First Brick and Mortar Store in 3rd Year of Operation

Blue Ribbon Sports grew at a decent pace. In the first year of its operation, it sold a total of 1,300 pairs of shoes, which brought in close to $8,000 in gross revenue. However, its second year of operation saw it bringing in close to $20,000 in gross revenue, which was enough for it to support a full-time employee. By its third year of operation, Blue Ribbon Sports had managed to open up its first brick and mortar store, meaning that its employees no longer had to sell its shoes out of the back of their cars.

6. There Is Some Dispute Over Who Bowerman Made the First Pair of Nike Shoes For 7. The Swoosh Was on the First Line of Nike Shoes

By the early 1970s, Blue Ribbon Sports was prepared to launch its first line of shoes, which even then bore the swoosh logo that has since become so iconic. Said logo was created by a Portland State University student named Carolyn Davidson, who was paid $35 to come up with a logo for the shoe manufacturer. The interesting thing is that Davidson came up with a total of five potential designs, which resulted in Knight settling on the swoosh because of time pressure rather than a sense of personal preference.

Davidson went on to continue working with what had then been renamed Nike until 1976. However, it is interesting to note that Knight invited her to a company lunch at Nike in September of 1983, where he presented her with a diamond ring bearing the swoosh as well as an envelope containing 500 shares of Nike stock as recognition of her contribution. Davidson has made a statement that she saw this as a special gesture of sorts because in her opinion, she had already billed Knight for her work and had already been paid for it.

By 1980, Nike had captured 50 percent of the US market for athletic shoes, which was a huge accomplishment to say the least. As a result, it is no wonder that Nike used the 1980s to spread out into not just more sports but also more regions situated all around the world, thus enabling it to build an even bigger presence in the athletic shoe market. On a semi-related note, 1980 was also the year in which Nike made the decision to become a publicly-traded company. Nike started working with an advertising agency called John Brown and Partners in 1976, which was necessary because its demand in that regard had far outstripped the ability of a single person to manage. With that said, most people might be more familiar with Wieden+Kennedy, which is another advertising agency that has been working with Nike for multiple decades.

11. Just Do It Was Created By Wieden+Kennedy

One excellent example of Wieden+Kennedy’s partnership with Nike is the “Just do it” slogan, which was actually created by one of the advertising agency’s co-founders Dan Wieden. Supposedly, “Just do it” was inspired by “Let’s do it,” which were the last words of Gary Gilmore before he was executed via firing squad in 1977. Said individual was notable because he had insisted on his own execution after he had committed a couple of murders, which was particularly notable because that made him the first person to be executed since the reinstatement of the death penalty in the United States in 1976.

Knight ran Nike for a long, long time as its CEO. However, he stepped down as the CEO of Nike a few months following the death of his son Matthew Knight from an un-diagnosed heart defect while scuba diving in 2004. For a time, Knight held onto the position of Chairman of the Board, meaning that he remained an influential figure at the corporation that he had co-founded. However, he stepped down as Chairman as well in 2015, with the result that he is now a Chairman Emeritus.

13. Has Purchased a Surprising Range of Companies Over Time

With that said, Nike actually got rid of most of its purchases in the 2000s. This was carried out so that the corporation could focus on its core businesses instead of getting distracted by a wide range of concerns arising from a wide range of product lines. Nowadays, Nike owns two major companies of note, with one being Converse and the other being Hurley International. 15. Has Received a Lot of Criticism Because of Labor Policies

16. Mentioned in the Paradise Papers

For those who are unfamiliar with the name, the Paradise Papers is a collection of electronic documents that was leaked to a pair of German journalists, who proceeded to share said documents with their colleagues situated in a wide range of countries. The Paradise Papers were focused on the finances of numerous powerful figures as well as numerous powerful companies. In Nike’s case, it was revealed that it had used offshore companies to increase its profits, with an excellent example being how it enabled its subsidiary to charge the parent company royalties for using the swoosh trademark after the ownership of said trademark had been transferred to the subsidiary, which was located in Bermuda.

17. Has Received Praise for Eco-Friendliness

Interestingly, Nike has actually won a fair amount of praise for its relative eco-friendliness as a corporate titan. Naturally, this means that it runs a number of programs meant to promote said cause. One example is the Reuse-a-Shoe program, which is meant to collect used athletic shoes so that their recycled materials can be used to make surfaces for sporting purposes. Likewise, another example is the advertisements that have been produced promoting environmentalism and related causes. Nike is famous for paying famous athletes to use its products for promotional purposes. However, the first Nike athlete endorser was Ilie Năstase, who is a Romanian tennis player who was once known as the best in the world. Besides being ranked as such from August of 1973 to June of 1974, Năstase has also won more than a 100 ATP professional titles, which puts him in a very select group of ten tennis players in total.

Speaking of athlete endorsers, Nike has signed a new contract with Colin Kaepernick, who has become a controversial figure in the United States because of his preference for kneeling rather than standing during the US anthem to protest social injustice in said country. Supposedly, the new contract will see Kaepernick receive his own branded products, which is on top of compensation that is at around the same level as top-end players. It will be very interesting to see how this effort plays out for Nike because the information that is currently available is still very early. For example, it is known that Nike’s stock price fell by 2.2 percent in the week following its announcement, but at the same time, there were reports of a 27 percent increase in online orders year over year.

20. Still Has Strong Connections with the University of Oregon

Even now, Nike retains strong connections with the University of Oregon, which is where Knight was a student athlete. For instance, Nike is responsible for designing the apparel worn by the university’s football team. Furthermore, Nike has made a relatively recent donation of $13.5 million for the purpose of renovating the university’s track and field stadium. These efforts are in addition to Knight’s own contributions in that regard.

The 10 Best-Selling Beers in America