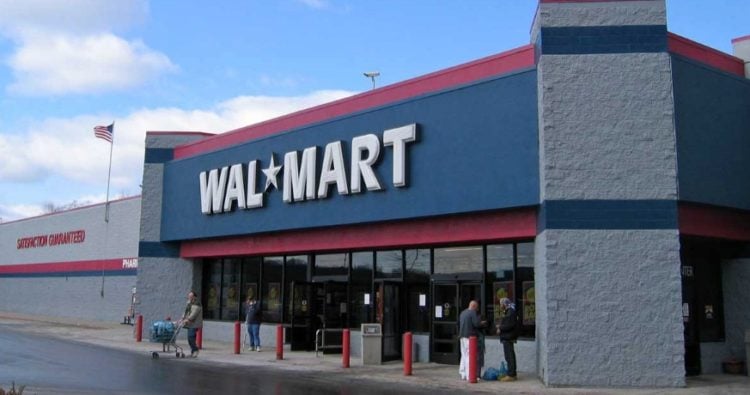 Walmart is huge… and so is its Executive leadership team. With almost as many leaders as there are stores, Walmart clearly believe there’s quality in quantity. As noted by Research Methodology, the sheer scale of Walmart’s worldwide operations demands an extensive leadership panel to ensure the effective management of both its 2.2 million employees and 11,368 stores. As well as the usual positions of CEO’s, presidents, chairman’s and CFO’s, Walmart’s leadership team includes a litany of financial controllers, compliance heads, merchandising officers and more besides. To find out more, let’s meet the team.

The man at the very top of the pile is President and chief Executive Officer of Walmart Inc, Doug McMillon. After serving as President and CEO of Walmart International from February 2009 to February 2014, and before that as President and CEO of Sam’s Club, McMillon achieved his current position in 2014. His appointment marks him as only the 5th CEO in the company’s history and the first to not only stop selling confederacy flags, but to reign in the company’s controversially liberal attitude to gun sales.

Walmart International is, according to this blurb,  “focused on making life easier for its customers and associates”. Tasked with overall responsibility for this worthy goal (and leading over 5,900 retail units and 700,000 associates across 26 countries in the process) is the division’s President and chief Executive Officer, Judith McKenna. In addition to her day-to-day responsibilities, McKenna has found time to chair Walmart’s council for the company’s international women’s strategy and be named to Fortune’s 50 Most Powerful Women list every year since 2015.

Serving President and chief Executive Officer of Sam’s Club, John Furner, has held a litany of notable titles at Walmart, including Vice President of Global sourcing and seasonal Merchandising in 2010, senior Vice President of proprietary brands and merchandise solutions in 2011, and senior Vice President and Chief Merchandising Officer for Walmart China in 2013. Since taking the helm at Sam’s Club, the University of Arkansas graduate has been responsible for driving growth- which, going by the group’s $59 billion revenue in 2018, he’s done remarkably well at achieving,

President and chief Executive Officer of Walmart eCommerce U.S, Marc Lore, achieved his current position in 2016 after his company Jet.com (which he founded and developed into a $1 billion-dollar company was taken over by Walmart. Lore currently presides over Walmart.com, Jet.com, and @WalmartLabs, the e-commerce development arm of Walmart.

The man behind Walmart’s pioneering marketing strategies is executive Vice President of the soft lines and general merchandise divisions for Walmart U.S, James A. Barron. Since joining Walmart in 1993, Barron has worked his way up the ranks, achieving his current position in 2009.

Prior to taking on the presidency of Jet.com, Simon Belsham served as CEO of the online marketplace notonthehighstreet.com and held various positions with British retailers, Ocado and Tesco.

Brett Biggs is the man in charge of the purse strings: if someone wants to spend some of the company’s hard-earned cash, they’d better be running it past Biggs first.

Rachel Brand’s scope as Walmart’s Executive Vice President of Global governance, Chief legal Officer, and corporate secretary is as vast as the sea is wide… suffice to say, she makes sure everything keeps ticking over in Walmart’s legal, compliance, ethics, corporate security, corporate governance, aviation, and investigative departments.

After winning the Merchandise Excellence Business Unit Leader of the Year award for dry grocery in 2011, where else was Steve Bratspies to head but straight to the position of Executive Vice President Chief Merchandising Officer for Walmart U.S? Prior to joining Walmart, the University of Pennsylvania graduate served with Specialty Brands, Frito-Lay and Andersen Consulting and A.T. Kearney, Inc.

The overseer of all Merchandising decisions at Sam’s Club is Executive Vice President and Chief Merchandising Officer, Ashley Buchanan. Buchanan joined Walmart in 2007 and has steadily climbed his way up the ladder, reaching his current position in February 2017.

As Senior Vice President and Chief Information Security Officer of Walmart, Jerry R. Geisler III is tasked with the mammoth responsibility of making sure all of Walmart’s precious customer’s data is kept safe and sound. Not an easy job, considering the company has more than 260 million customers…

The man with the plan for the growth and development of Walmart’s 4,000 supercenters and discount stores across the U.S. and Puerto Rico is Executive Vice President of Supercenters, Walmart U.S., Todd Harbaugh.

Ben-Saba Hasan has served as the Senior Vice President and Chief Culture, Diversity and Inclusion Officer at Walmart since 2015. Prior to joining Walmart, Hasan served in numerous leadership roles at both DELL and ENSERCH Corporation.

since joining Walmart in 2014, Jamie Iannone’s role as chief Executive Officer of SamsClub.com and Executive Vice President of membership and Technology has seen him take on full responsibly for the club’s ventures in technology, membership and marketing.

As Executive Vice President, Realty and Central Operations, Walmart U.S., Mark Ibbotson is tasked with the development, management, and sale of Walmart’s real estate. Ibbotson joined Asda Stores Ltd. in 2004 as a regional operations manager before being appointed to his most recent position in 2015.

The man responsible for keeping down costs, keeping up growth and driving technological advancements is Executive Vice President and enterprise Chief information Officer Clay Johnson. Johnson is a former student of the University of Texas and holds both a bachelor’s degree in computer science engineering and a Master of Business Administration degree.

Taking care of the legal nitty-gritty over at Sam’s Club is senior Vice President of asset protection and compliance, Kerry Kotouc. Prior to joining Walmart in 2004, Kotouc served as a county prosecutor in Bentonville, Arkansas,

Making sure no one spends what they shouldn’t on things they oughtn’t is Executive Vice President and Chief financial Officer for Walmart International, Richard Mayfield. Mayfield took his first position at Walmart in 2012 as CFO of Walmart’s U.K. business, Asda, and has enjoyed positions of increasing rank ever since.

Kathleen McLaughlin has extensive reach at Walmart: not only is she responsible for improving the company’s social, economic and environmental systems, she also presides over the Walmart Foundation, a non- profit that’s contributed more than $1 billion to various worthy endeavors since its inception in 1982.

There no messing around on Walmart’s marketing department, not when Senior Vice President and Chief Marketing Officer, Walmart U.S. Barbara Messing is around, at least. The Northwestern University graduate joined Walmart in 2019 having previously served as the Chief Marketing Officer of TripAdvisor Inc. from February 23, 2011 until April 2018.

In charge of all Walmart U.S. Home Office and store associates is Executive Vice President, People – Walmart U.S., Julie Murphy. Murphy joined Walmart in 1985 and was appointed to her current role in 2017.

Enrique Ostalé is a man on the rise: as well as holding down his position as Executive Vice President and regional chief Executive Officer – U.K, Latin America and Africa, at Walmart International, Ostalé also serves as chairman of the board of directors of Walmart Mexico and Central America and Walmart Chile, and as a member of the board for Massmart.

Helping meet the constantly changing needs of customers in a rapidly changing world is senior Vice President and Chief Technology Officer for Walmart International, Kerry Pauling. Kerry joined Walmart in 1991 as an industrial engineer and has held positions of ever- increasing seniority ever since.

After joining Walmart in 2005 as Vice President of Business Strategy, Scott Pleiman has held numerous leadership positions in finance and merchandising, culminating in his most recent position as Executive Vice President, Merchandising Operations, Walmart U.S. in 2017.

Charles Redfield has come far at Walmart. After joining Sam’s Club as a cashier all the way back in 1988, today Redfield sits on the Executive panel as Executive Vice President of food for Walmart U.S.

Karen Roberts is the one making sure Walmart never crosses the line. As Executive Vice President and general counsel for Walmart Inc, Roberts takes care of all legal compliance issues on both a national and international front.

The man responsible for making Sam’s Club tick is Tony Rogers. As senior Vice President and Chief member Officer for Sam’s Club, Rodgers has overall responsibility for such areas as membership, marketing and member experience.

After leading the Walmart Investor Relations team, Steve Schmitt moved on to Sam’s Club in March 2018, where he currently serves as senior Vice President and Chief financial officer.

As Executive Vice President and Chief Operating Officer, Sam’s Club, Dacona Smith has the mammoth task of overseeing the smooth running and day-to-day operations of all 600 Sam’s Clubs in the United States and Puerto Rico.

As Executive Vice President and Chief Administration Officer of Walmart International, JP Suarez has the job of ensuring that any company who chooses to work with Walmart doesn’t come to regret the decision.

Last but not least among the great and the good of Walmart’s leadership team is Executive Vice President and first Chief customer Officer, Janey Whiteside. Since joining Walmart in 2018 after almost 3 decades at American Express, Whiteside has been taking care of the brand’s good name by doing as much as possible to ensure the delivery of a great customer experience in each and every Walmart store.