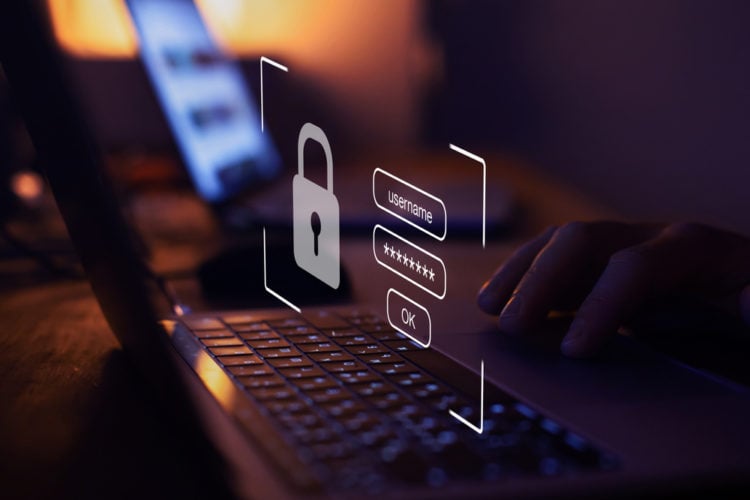 Cybereason is an American startup that specializes in the development and distribution of cybersecurity technology. It’s one of the biggest disruptors in the cybersecurity industry with advanced technology and system that keep clients a step ahead of cybercriminals, protecting them from cyber-attacks. If you’re not yet familiar with Cybereason, it’s been receiving a lot of attention recently because of its impressive performance and growth in the tech arena. Here are 20 things you probably didn’t know about Cybereason to bring you up to speed.

1. Cybereason is not quite a decade old

According to Wikipedia, Cybereason hasn’t been in operation for that long. The company was established in July of 2012 and has been providing services for nine years. In that time it has grown and expanded with impressive maturity, standing out among its competitors.

2. Cybereason was founded by an ex-Israeli soldier

Cybereason was founded by Lior Div. Mr. Div previously served as a soldier in the Israeli Unit 8200. He launched the cybersecurity company in 2012 in the state of Delaware. Two years later, Cybereason moved its headquarters to its current location in Boston, Massachusetts.

3. Cybereason is a global company

Cybereason began serving clients in the United States, the country of its origin. In 2016, the business expanded to include a subsidiary incorporated in the United Kingdom. An office was officially established in London, England in 2017. It has since expanded its reach further throughout the world to include offices in Tel Aviv, Israel, and Tokyo, Japan, giving it a global presence.

Cybereason is also doing its part to help educate the public about cybersecurity and its history. It launched a podcast about cybersecurity history titled “Malicious Life” in June of 2017. It’s an industry that has risen out of the deep need to protect digital and online content and data from cyber-attacks which are becoming more damaging and insidious, putting companies at risk for catastrophic loss. The threats are increasing daily as cybercriminals and hackers become more sophisticated. Cybersecurity providers must stay at least one jump ahead of these savvy thieves who are out to compromise sensitive data stores, steal identities, financial information, and wreak havoc on digital systems for illegal profit and malicious purposes.

Cybereason’s platform provides clients with essential protection from threats and cyber-attacks. It provides services in the form of antivirus software, as well as endpoint detection and response. These are all rolled into one agent in a suite of managed services.

Cybereason has a security research arm called Nocturnus. This division employs a specialized team of researchers who continually look into new methods of cyber attack. They analyze malware with reverse engineering to expose all vulnerabilities in the system. Nocturnus is credited with making the first discovery of a fix for the Bad Rabbit and NotPetya cyberattack that occurred in 2017. Thanks to the research and development of new protection methods, systems using the solutions are now immune to these damaging threats to system security.

7. Cybereason is a versatile company

According to Crunchbase, Cybereason is listed under five industry categories because of the broad range of services that it provides. It falls mainly under the heading of cybersecurity because this is the umbrella of services that it provides its clients. It is also a company that specializes in enterprise software, network security, intrusion detection, and real-time data provision.

The co-founders for Cybereason are Lior Div, Yonatan Amit, and Yossi Naar. This company is the first entrepreneurial venture for all three of the co-founders. Each of them serves the company that they own in key executive leadership roles.

10. Cybereason has an eight-member board of directors

Two separate divisions are dealing with the technology products and services that are used by Cybereason. For the overall company, some fifty-one products and services are actively in use. Among them are jQuery, Google Analytics, HTML5, and dozens of others. This technology is expensive and represents tens of thousands of dollars spent annually to maintain the necessary technology for research, development, and deployment of the cybersecurity products that the company offers to its clients.

People who visit the Cybereason website or use the services offered through the site enjoy a smooth and seamless experience. Most are not aware that there is a complex array of technologies and tech products at work behind the scenes. Fifty-seven active technologies are working to provide this experience. Some of these tech products include iPhone Mobile Compatible, SSL by Default, SPF, and multiple others.

We also learned that Cybereason can maintain a uniqueness within the cybersecurity industry that makes them stand out among its competitors. The company has secured 8 registered patents in the electric communication technique category. This secures the intellectual property contained legally and makes it illegal for any other companies to imitate or copy the technology. In addition, Cybereason also has four registered trademarks in the scientific and technological services category.

Cybereason’s analytics provide interesting statistics about the web traffic that visits the sites. It reveals that there is a growth rate of twenty-three percent over the past thirty days. This is a tremendous increase that shows that there is increasing interest in the products and services that the company offers. In the past thirty days, the monthly visits are 84,602. This number gives Cybereason a ranking of number 318,591 out of the millions of registered websites on the world wide web.

15. Cybereason is the most popular in the United States

The statistics for web traffic for Cybereason show that the largest percentage of visitors are from the United States. This traffic has grown by an astronomical 71.87 percent. The second-largest number of visitors is from the United Kingdom which comprises eight percent of the web traffic. Visitors from Israel make up six percent of the traffic with a growth rate of 121.27 percent. India’s monthly visits have grown by 7.93 percent and makeup five percent of the overall web traffic with Canada at three percent. This is valuable information that provides decision-makers with real data for developing their strategic plans to take the company forward. In the case of Cybereason, further expansion into the global market is in the works.

16. Cybereason employees have interests related to the job

Many companies monitor the interests of their employees routinely, to get an idea of who works for them and what they enjoy the most. While often, staff has outside interests that are not related to their professional roles, Cybereason staff tend to research topics that are directly related to their jobs and improving their performance. Cybereason employees have shown the most interest in scalability, incentive compensation, and Message Digest 5.

17. Cybereason is a privately held company

You won’t be able to find Cybereason listed on any of the public stock exchanges. There are no shares available for public purchase, sale, or trading because it’s not there. The owners have maintained a private status and have not yet filed for an initial public offering. There has been no need to take this approach to fundraise because Cybereason is funded through private investors through venture capital fundraising rounds. The owners retain control of Cybereason, with a certain percentage of the interest in the business provided for investors. The precise terms of the agreements made between Cybereason and its investors ha not been publicly disclosed.

19. Investor confidence is high in Cybereason

Cybereason Inc. has attracted a great deal of confidence from its current private investors. Liberty Strategic Capital is a lead investor, joined by the SoftBank Vision Fund, Irving Investors, Neuberger Berman Loan Advisors Holdings, Spark Capital, SoftBank, as a lead investor, CRV, Vintage Investment Partners, and one anonymous investor. These are wealthy firms that are consistently on the lookout for companies that offer the greatest potential for delivering healthy and strong returns on the funds invested in their future. The confidence of investors is high in Cybereason with the evidence for this in the more than six-hundred million in investment funds these firms have made in the company.

20. Cybereason has reached a high pinnacle of success

Cybereason has reached a high point in its growth and development that put it in an exclusive grouping of elite companies. It has achieved the status of a unicorn. What this means is that the business has reached a valuation of at least $1 billion or more. According to CNBC, Cybereason has a $1 billion valuation as of 2021. It was not disclosed exactly when it reached this status but all the hard work of the core team and its talented staff of co-workers has paid off. The business is a leader in the cybersecurity industry, with a focus on artificial intelligence, cloud computing, and machine learning as its key technologies. It’s become a disruptor in its niche of the market, offering unique solutions for its customers that stand out from the crowd of cybersecurity providers. Cybereason is a company to keep your eye on because it’s just getting started. The research and development team never takes a break and they always stay ahead of cybercriminals with effective protection from attacks.