Home
Net Worth
How Dan Snyder Achieved a Net Worth of $2.3 Billion
Prev Article Next Article 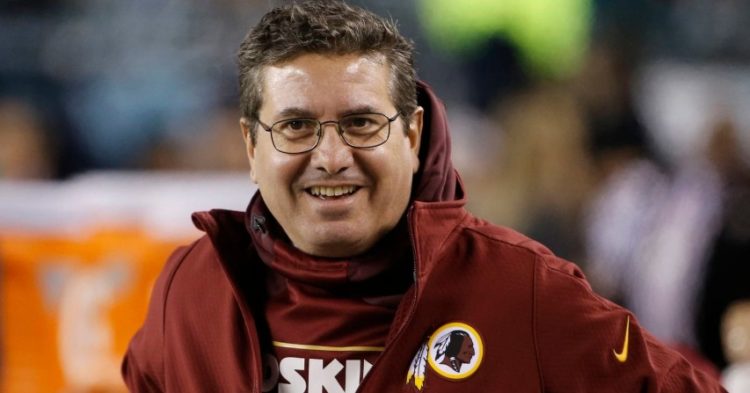 Money will never be enough, and everyone keeps trying to make more and more of it. While one is struggling to make his first billion another is thinking of how to get his next billion. That is life for you; it is never fair, which brings us to the question of how one billionaire, Dan Snyder, current owner of the Washington Redskins, achieved his net worth of $2.3 billion. Here is a simple outline according to his Wikipedia page.

Getting his first job

Nothing comes easy, and Dan Snyder was not always the successful billionaire we all know today. Born to a freelance writer father, Dan went to Hillandale Elementary School in Maryland but moved to Henley-on Thames at the age of 12 to attend a private school. His childhood involved a lot of traveling because he then moved to be with his grandmother in New York at the age of 14, but after one year, he went back to Maryland to be with family. It is after graduating from Charles W. Woodward High School that Dan began working in the White Flint Mall at B. Dalton bookstore.

His entrepreneurial spirit kicked in at the age of 17 and when he decided to partner with his father. They began selling bus-trip packages to the fans of Washington Capitals so they could watch their team play in Philadelphia. Unfortunately, the business was short-lived, and Dan had to look for another venture to make his money.

There is always something expected of some of the wealthiest people on the face of the earth; they drop out of college. So to the list of Mark Zuckerberg, John D. Rockefeller and Bill Gates, add Dan Snyder. He had enrolled in the University of Maryland, but at the age of 20, he had already dropped out and began another business venture. This time, he was leasing jets so he could fly college students during spring break to the Caribbean and Fort Lauderdale. He was a prudent businessman even then trying to keep his overheads low by operating from the bedroom of his parents. So successful was the business that with just a few telephone lines and the help of a friend, he had managed to clear $1 million.

Dan may not have been interested in completing his college education, but he certainly knew the potential that the college students carried. Therefore he approached Mortimer Zuckerman, a real estate entrepreneur but whose interest also lay with the college students through his US News & World Report. According to Red Skins, it is his persistence that paid off because Dan kept calling Zuckerman until he gave in to an appointment. At the time, Dan was 23 and figured that lying about his age would land him a deal, so he told Zuckerman that he was 25. Dan wanted to publish Campus USA, and Zuckerman agreed to finance the business.

Consequently, Fred Drasner, who co-published Zuckerman’s New York Daily News, took a risk with the Campus USA idea and invested $3 million. Luck was still not on Dan’s side, and the business had to shut down after two years because it could not generate enough paid advertising to keep it afloat. Although the magazine had obtained coverage of 500 campuses, the circulation did not guarantee revenues and the sports car he had bought ended up being repossessed by the D.C. Bank.

The making of Snyder Communications LP

When nothing you try seems to work out, sometimes the best thing you can do is turn to the only people you know, your family. However, that is only if they are willing to take a risk on you and Dan was fortunate enough to have his father and sister ready to put their all in his venture. His father had to take a second mortgage on his London property while his sister Michele’s credit card maxed out at $35,000. Still bent on making use of the college market, Dan and his sister partnered in starting an advertisement company, Snyder Communications LP, which concentrated on wallboards in colleges and doctor’s offices, in 1989.

The company differentiated itself from competitors by including product sample distribution. Having an extensive outreach is the aim of any business, and Dan and Michele grew the company mainly through acquisitions as well as introducing more services to its offering. Snyder Communications LP therefore not just did wallboard advertising, it began venturing into strategic locations such as maternities, day care centers, and private lounges. The business grew into a network of private daycare centers which facilitated the introduction of proprietary product sampling in 1992.

So successful was the business that by 1991, revenues had grown to $2.7 million and almost doubled by 1992 to $4.1 million. It is this success that enabled the company to expand into telemarketing to tap the immigrant market that was still untouched. The move was prudent because, in 1993, the revenues more than doubled to $9 million.

In September 1996, Snyder’s company went public, and Dan made history by becoming the youngest Chief Executive Officer of a New York Exchange (NYSE) listed company. His top investors made high returns, and Dan was able to repay the $3 million he had borrowed and lost by giving Zuckerman and Drasner stock in his company, which was worth $500 million.

The making of a CEO was only one part of making history because the company continued on a meteoric rise, and in April 2000, Havas acquired it for over $2 billion. The acquisition transaction was the largest in the history of the advertising industry, and Snyder made $300 million from his share of the stock. However, that money was still not enough for what Dan planned to do next; buying the Jack Kent Cooke stadium and Redskins. He therefore borrowed $340 million from Societe Generale and entered into a debt of $155 million for the stadium. Buying both the team and stadium for $800 also facilitated the making of sports history since it was the most expensive transaction then.

Snyder has led the team to make more money every year; from $100 million to $245 annually. However, while that is impressive, he has not made money without severe backlash from the public. From the constant firing of coaches to the banning of FedExField signs, Dan angered the public but is determined to keep going. Even when his team’s name’ redskins’ has been considered derogatory, Dan says he will never change the name. So we might as well get used to him hitting the headlines, maybe sometimes with negative news, but at the end of the day, we cannot deny that Dan Snyder net worth would not be possible without his persistence to do whatever it takes to be rich.