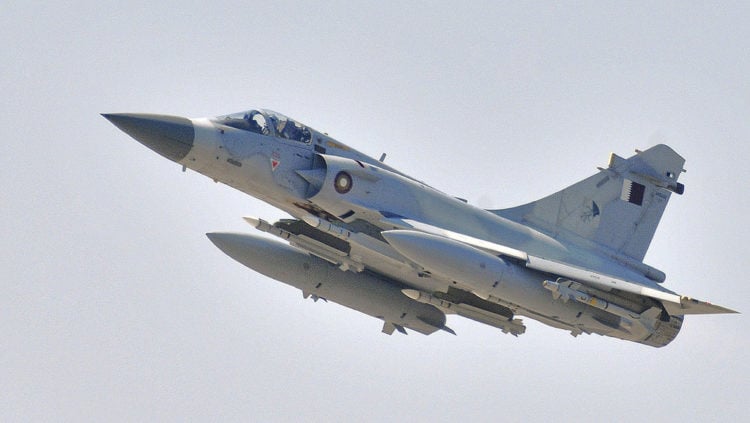 While no one wants to talk about war and the need for the adequate arming of nations to protect themselves from hostiles, the volatile world we live makes this reality constant. When people think about world powers and well-armed nations, India is not at the top of the list, but the country does invest a considerable amount of money into the arming and training of its military. Of course, what India spends on its military pales in comparison to what the United States spends. One recent expenditure that has been approved by the Indian government is money necessary to update is fighter jets. The vast majority of the jets currently in operation are outdated.
India has entered into an agreement with French aeronautics and military experts Dassault to provide an undisclosed number of Mirage 2000 jets. As it turns out, India was pleased with how the older model Mirage performed during its conflict in the Kargil War. Most people know very little about Dassault and the Mirage 2000. Following are 10 facts that you didn’t know that will help you understand why India is so high on these fighter jets.

The ways that wars and conflicts are engaged is constantly evolving, most sorties are flown with the end game being the dropping of bombs on strategic targets to help weaken the ability of the enemy to function. The Mirage is well equipped to carry out this role. The jet is also mobile enough to engage hostiles in the air, making a vital and functional tool in combat situations.

While a single-engine jet will be lighter and more mobile, engine failure almost always means a lost plane and maybe even a lost or captured pilot. The Mirage 2000 has twin engines, meaning that the failure of one engine does not mean the end of the mission and the loss of a pilot and plane.

The Mirage 2000 has a maximum speed of 2,000 km or 1243 mph. This plane can really move. The technology and skill it takes to fly a plane at that speed are remarkable. India has invested a great deal of money in training their pilots to perform under the most intense conditions imaginable. Are they comparable to the U.S. Air Force or the Israeli Air Force? No, but they are capable, nonetheless.

One thing that is very important to when selecting a plane for a specific tasks is its runway compacity. Certain planes require more runway for takeoff and landing than others. The Mirage 2000 does not require much of a runway at all — around 400 meters or less.

6. The Most Costly Part of the Plane is Its Security System

While the Spectra system is highly functional and fully automated, it does come at a price. According to information available on the cost of the plane, 30 percent of the total cost of the plane lies in the Spectra security system. Well, if it does what it is supposed to it is worth every penny.

One of the concerns about the Mirage 2000 is the fact that it only has a scanning range of 145 km, which is short when compared to other fighter jets. However, there is a plus. The radar has the capacity to pick up on more than two targets simultaneously and it is impossible for the enemies to jam the radar.

When you are moving at over 2,000 mph, having your hand on the steering mechanisms is of great importance, which means the voice recognition system in the Mirage 2000 is priceless. A great deal of the functionality of the plane can be control through voice commands that are managed through state of the art voice recognition software.

9. Fully Loaded, It Is a Beast

This plane can go heavy or lite. When it is fully loaded it carries 30 mm rockets, several different types of missiles, and laser-guided bombs. The Mirage 2000 is designed to cause maximum damage in the most efficient and effective way. It is clear why India is so high on this fighter jet.

10. The Next Order Will Be Made In India

India has not only upgraded its jet fleet, but the country has worked out an agreement with Dassault in which all future order for the jet will be built in India, providing much-needed jobs and economic stimulation to the country.