Home
Net Worth
How Dr. Oz Achieved a Net Worth of $100 Million
Prev Article Next Article 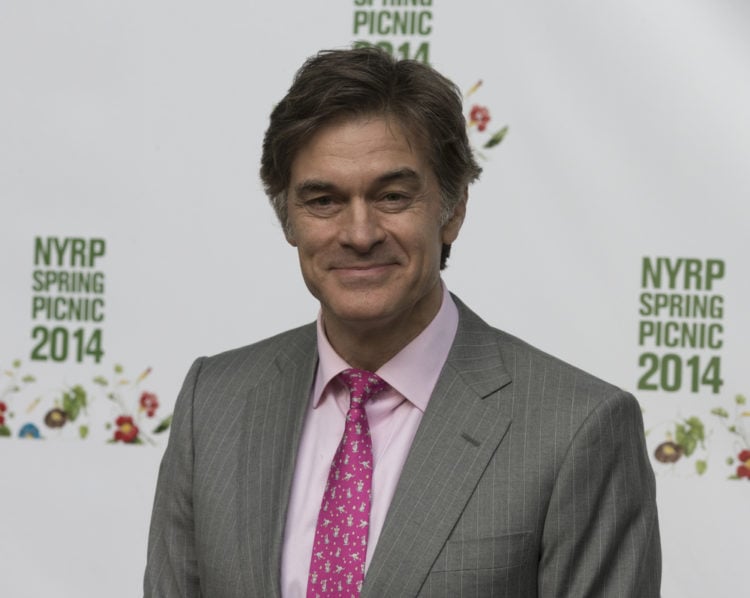 Doctors might not be the lowliest paid professionals in the world, but it’s rare to find one with the kind of fortune worth writing home about. Rarer still to find one with a net worth of $100,000 million. And yet that’s exactly how much Dr. Oz – cardiothoracic surgeon, television personality, and brainchild behind such classic works of literature as “Healing from the Heart: A Leading Surgeon Combines Eastern and Western Traditions to Create the Medicine of the Future” – is worth these days. What makes his net worth all the more remarkable is that he’s been summarily dismissed by a large portion of the medical profession as a “fake,” a “quack,” and a “charlatan” whose advice “endangers patients.” So, how exactly did this prime-time physician come to own such a huge pot of gold?

The Start of Things

Before the fame, the fortune, and even the medical degree, Dr. Oz (or Mehmet Cengiz Öz, as he was born), was a small child growing up in a mixed Muslim household in Delaware. After excelling at his studies at Tower Hill School in Wilmington, he won a place at Harvard University, graduating with a Biology degree in 1982. Four years later, he rounded off his qualifications with an MD from the University of Pennsylvania School of Medicine and an MBA from Penn’s Wharton School. According to Celebrity Net Worth, his love for medicine came from his father, who served for many years as the Medical Center of Delaware’s chief of thoracic surgery. “I remember as a child running behind him while he made hospital rounds,” he’s since recalled. “I fell in love with medicine after witnessing him help sick patients who then thanked him for saving their lives.” By 1994, Oz was in a good enough place in his career to found his own program, the New York-Presbyterian Hospital’s Cardiovascular Institute and Integrative Medicine Program. Over the next few years, he continued beavering away at being the good doctor. Then, in 2001, fame came a-knocking.

In 2001, Oz made his first appearance on the “The Oprah Winfrey Show.” He was enough of a success to be asked back, and over the next few years, he established himself as one of Oprah’s favorite guests, appearing 55 times within a space of five years. After becoming something of a minor household name, his career took a major leap forward when he was offered his own TV show, “The Dr. Oz Show.” Despite drawing sneers and raised eyebrows from certain quarters (including IMDb, who’ve awarded the show a dire 4.2/10), Oz’s charming bedside manner has kept it on the air for 12 seasons, with an estimated 3.5 million viewers tuning in to each episode. According to Wikipedia, the show has managed to pick up 9 Daytime Emmy Awards during its run, 4 for Outstanding Informative Talk Show Host and 5 for Outstanding Informative Talk Show, as well, of course, as plenty of harsh words from critics for its subject matters. In addition to “The Dr. Oz Show”, Oz has also appeared on “Ask Oprah’s All-Stars” on OWN, and starred in the multi-episode documentary series “Surgeon Oz.”

Having successfully capitalized on his medical experience to launch a TV career, Oz was quick to capitalize on his TV stardom to launch a one-man brand. As part of that, he regularly tours the country, hosting live events and workshops for anyone with the desire and the money to benefit from his medical advice in person. Should you wish to listen to him wax lyrical on subjects like “It’s All About You: Be The World Expert On Your Body,” be sure to start saving now… you don’t make $100 million without charging people for your medical opinion, after all.

If you just can’t get enough Dr. Oz in your life, you don’t need to limit yourself to his TV appearances and workshops. Since he found fame on “The Oprah Winfrey Show,” Oz has put pen to paper on numerous occasions, with some of his most successful books being the YOU series (which earned him a $7 million advance from his publishers). Several of the books have appeared on the New York Times bestseller list. He’s also written extensively for magazines – his 2009 article “Retool, Reboot, and Rebuild” for Esquire even managed to earn him the 2009 National Magazine Award for Personal Service.

Mattresses, pillows, comforters, bed frames… if you’re having trouble sleeping, Dr. Oz might well have the solution. After all, if there’s one thing every good cardiac surgeon knows a thing or two about, it’s how to make a comfortable bed. Dr. Oz Sleep is a range of bedtime accouterments designed to put an end to restless nights, once and for all. Whether they do or not, you’d have to ask the people who’ve splashed out $90 on a pillow.

Sharecare is a healthcare platform co-founded by Oz that aims to provide people with quick answers to some of the most frequently asked healthcare questions. According to co-founder Jeff Arnold, the site makes a mammoth $259 million in revenue each year.

Behind Every Great Man is a Great Women

Oz and his wife Lisa have been married for 35 years. Once an aspiring actress, Lisa laid aside her own plans to help focus on building her husband’s brand. Speaking of the decision, she’s said “When I began creating shows for him rather than myself, helping him build his wellness brand, which changed the trajectory of his career, it was great.” The couple shares four children (one of which is TV presenter and author Daphne Oz) and four grandchildren. although they have an extensive property portfolio, their main home is in Cliffside Park, New Jersey.

Like him or loathe him, the one thing no one can deny is that Dr. Oz knows how to make money. His talent for turning medical care and health advice into saleable commodities may draw criticism, but it also makes money… a lot of it. Whether it’s books, tours, radio shows, TV shows, or even mattresses, if it can be packaged up, priced, and sold for a premium, there’s a very good chance Oz has already done exactly that. Which is exactly how that $100 million net worth has come about.