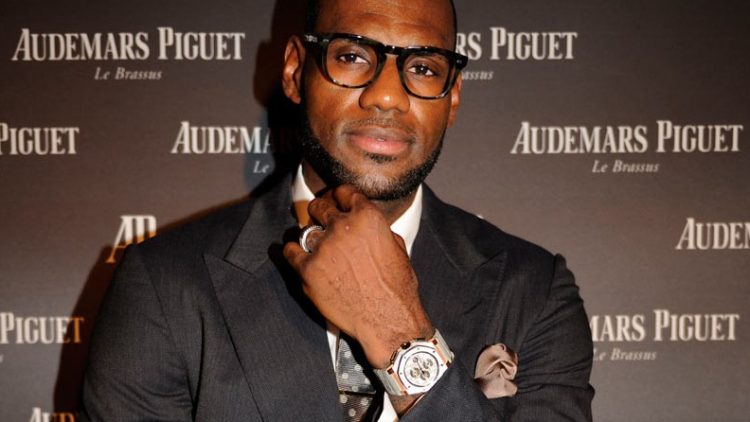 We’re all pretty familiar with the trend in NBA player endorsements of popular footwear brands including Nike and Adidas, but there is another trend that is happening in a similar arena. Swiss watchmakers are getting in on the action for endorsement by courting these amazing athletes with high end luxury watches. We’ve discovered a connection between eight of the most popular NBA players and the watches that they endorse or simply just prefer because they suit their needs and tastes. We were impressed with the wisdom of the luxury watchmakers who are reaching out to men of achievement, success and class to represent their products.

Who says that athletes can only represent athletic products?

Dwyane is a team mate of LeBron James and has recently become an ambassador of Hublot luxury watches. The company has created a line of watches to honor Wade specifically. Dwayne is known in basketball as a high ranking player known for his accuracy and precision when playing the game. This was the perfect marriage for Hublot and gave the the inspiration to design a watch that like Wade, would become known for its’ accuracy and precision as well. They named it the Hublot King Power Dwayne Wade. This watch is likely to catch on with fans of Wade. As for the player, he represents the brand well because it is a creation that he truly enjoys wearing, that is when he’s not on the court.

Mr. James prefers the Audemars Piguet Royal Oak Off Shore Chronograph and he has made it clear that this is his all time favorite model of watch. He also represents the Nike corporation very well and LeBron was the perfect candidate to represent the Audemars Piguet luxury brand. He represents the company with style, class and dignity when off the court and this is a mirror image of what we saw when LeBron played. We believe that he was one of the best choices to represent this rare piece that collectors cherish with fervor.

Perhaps one of the greatest NBA star athletes of all time, Michael is a six time Most Valuable Player in the organization. This champion wears a Ulysse Nardin Sonata. He is seen sporting the white gold edition that is as functional and practical as it is remarkably gorgeous. It features a second time zone, big date, chiming alarm and mechanism for count down on a white gold bracelet. Of course, Michael makes the watch look great, but it also adds an aire of elegance to him as well. Michael has also worn a Richard Mille RM032. The watch is a diver chronograph and the edition that he prefers is crafted in red gold.

Another famous NBA player who played for the Lakers, Kobe Bryant has recently signed on as an ambassador for Hublot watches. They created a special 48mm to honor him and call it the King Power Black Mamba. He follows with Dwayne Wade in representing this high end luxury watch maker and now has his own edition. All Kobe Bryant fans will be pleased to know about his sponsorship.

Carmelo Anthony of the New York Knicks also has a passion for luxury watches. Most frequently, we see him sporting a Panerai watch. The fact that he’s been seen wearing it on so many different occasions gives us a hint that it must be a favorite of his.

San Antonio Spurs point guard Tony Parker is also a watch enthusiast. He is most often seen wearing IWC watches. This is nothing new for Tony. He has been wearing the brand for several years. This is a strong indication that he has found what works for him and suits his personal taste for style and elegance.

Chris Paul is very upfront about his passion for watches. He has his own collection which includes a variety of different brands and models. When asked which his favorite is, there is no hesitation. Chris prefers the first luxury watch he owned and that is a Breitling. Not a bad choice at all.

John Wall, a younger player out of Kentucky is up and coming in the NBA. His playing for the Washington Wizards has been nothing short of amazing. This young mann is among the most humble and gracious that the world has seen. He is frequently seen wearing the Hublot King Power Unico King Gold. A fitting watch for a very classy athlete.

Choosing popular athletes who are also seen as role models and men who show exceptional skills as well as other aspects of their professional and personal lives is a good move for luxury watch makers. Athletes who have achieved status make some of the best representatives because their loyal followers will see what they are wearing and want one too. Can everyone afford to wear the same type of watch? The answer is no, most cannot, but it is nice to dream. There is however a decent segment of the population of loyal followers who can and these are whom the marketing campaign is directed towards. This is a very good thing.

The finest watchmakers in the world are joining forces with some of the best athletes of all time to represent their creations. From a business perspective, this is a good move on their parts. It appears that the execs who made the decision about which athletes to court chose those who were first quite successful in the game, and second, show great attributes as human beings. Luxury watches exude elegance and make a statement of status and achievement.

Each of the figures that we’ve included are among the best in the world. Their decision to become ambassadors who represent these watches amounts to a winning situation for both the athlete and the companies. These men are being honored for specific desirable attributes which may also be used as descriptors of the special edition watches which have been created in their honor.