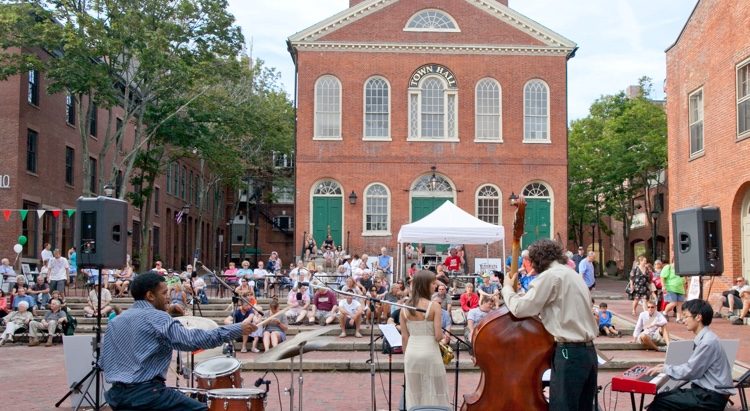 When most people think of Salem, Massachusetts, they probably think of witch hunts and religious hysteria. The town, a mere 15 miles northeast of Boston, is understandably popular around Halloween for its eerie past—more than half of Salem’s annual one million visitors are in town during the month of October alone. But there’s much more than witches to Salem. In fact, the oceanside village is one of the most underrated and up-and-coming destinations for year-round travel in New England, what with its rapidly burgeoning mix of boutique hotels, its penchant for blending the past with the present, museums, restaurants and activities that make it just as apt in the summer as it is in the fall. Here are eight reasons why Salem is much more than a Halloween town these days. 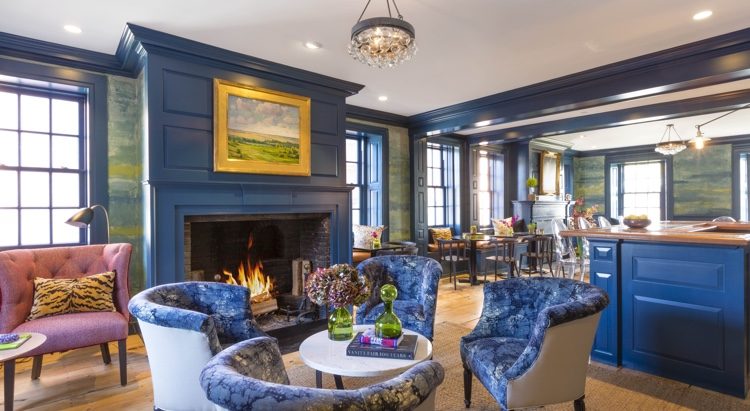 Salem has come a very long way since its witchy days in the late 1600’s. Far from the rustic, sleepy township it once was, hotels and boutique inns have popped up throughout the area, bolstering its position as a serious hospitality sector for Massachusetts outside the standard Boston core. Lark Hotels is a company that’s played a particularly pivotal role in that development, having opened The Merchant (pictured) in 2015, with another property, The Hotel Salem, slated for a September debut.

Both properties harken to the town’s history, with the former named for previous resident Joshua Ward, a post-Revolutionary War sea merchant who originally commissioned the federal-style building. The boutique hotel once hosted President George Washington in its initial iteration in 1789, and the seasoned building has come a long way before evolving into the intimate property it is today. Located in Salem’s central historic district, three blocks from the harbor, the hotel pays homage to the area’s shipping port history with a motif reminiscent of a regal captain’s quarters. Outfitted with vibrant colors, fireplaces, floating staircases and restored wainscoting are just a few of the inn’s illustrious touches.

The company doubles down later this summer with The Hotel Salem, a property equally as historic as its sister property. Housed in a former department store downtown, Lark once again tapped design director Rachel Reider to oversee the building’s mid-century design reflective of the building’s chic past. Micro rooms, trundle beds, lofty suites and a rooftop bar and restaurant—the first and only of its kind in Salem—are a few ways Reider and co. are elevating Salem’s hotel scene to new levels. Upping the ante, the hotel will feature 44 rooms (The Merchant contains 11), in line with increased demand from visitors. 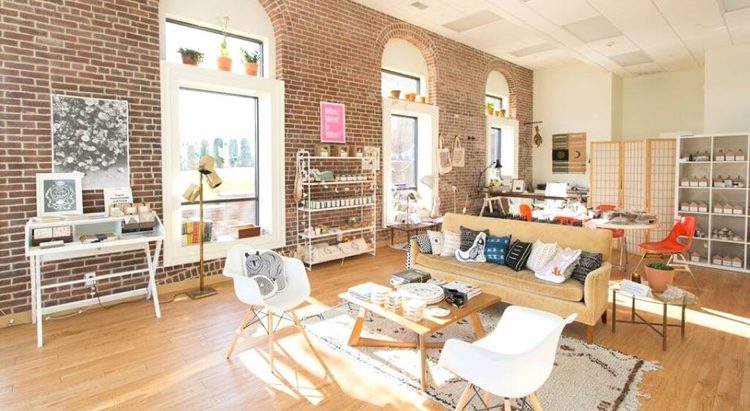 One of the best parts about escaping bigger cities like Boston and New York is the affordability of shopping. Similar to restaurants and activities, retail shopping skews cheaper due to the lower rents charged by a smaller city such as Salem, passing the savings on to boutique-lovers in search of apparel, accessories, home furnishings and art.

As with everything in Salem, shopping options are a good mix of old and new, with both historic witch-inspired outlets and brand-new shops for trendy attire. In regards to the former, swing by Crow Haven Corner for a spooky blast from the past. The town’s oldest witch shop contains myriad books, candles, incense and herbs in a dimly lit, mildly eerie locale. Naturally, the shop also provides psychic readings if you’re into that kind of thing.

The perfect example of Salem’s mix of old and new, HausWitch Home + Healing (pictured) bills itself as a “modern witch boutique,” something that’s immediately apparent upon setting foot inside the sleek, sunny store. While handmade candles, pillows and totes line the shelves, everything boasts a more modern day twist. Books, spell kits, crystals, blankets, earrings and tarot cards are just a few of the many fixtures on display, all quite affordably priced considering the high quality and one-of-a-kind appeal.

Not all of the shopping options are witchy, however, with other options like Emporium 32. This classic-looking boutique stocks clothes, accessories and apparel for both men and women, ranging from colorful jewelry and leathers to an abundance of unique hats and items for beard care. The shop also supplies a nice mix of home decor and accoutrements. 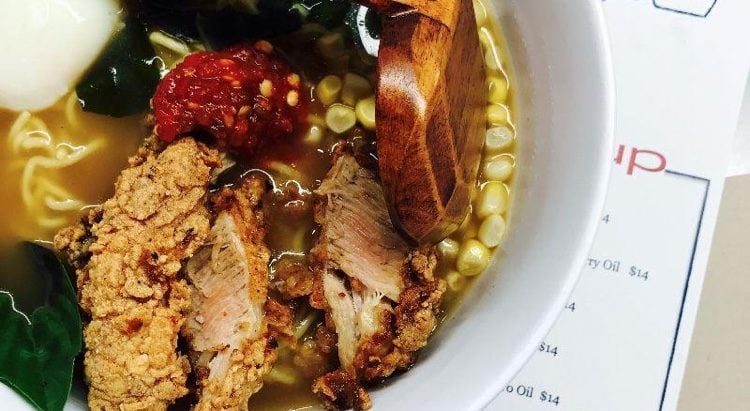 While nearby Boston has long been regarded as a foodie destination in the U.S., surrounding towns like Salem tended to get lost in the shadows. In recent years, however, as chefs move to more affordable areas beyond city limits and flex their creative muscles, places like Salem are suddenly flourishing with an influx of dining destinations for locals, Bostonians and travelers from afar.

The latest example is Ledger, a 195-seat contemporary New England restaurant helmed by acclaimed chef Matt O’Neil. Inspired by regional and colonial cooking lore, the restaurant is housed in one of Salem’s most opulent buildings, a former savings bank dating back to 1818, with famous customers like Alexander Graham Bell and Nathaniel Hawthorne. In its new iteration, Ledger invites guests into its cozy confines by blending a palpable sense of history with a taste of new, fresh cooking techniques.

The ramen and Asian street food trend descended on Salem in a big way earlier this year, when Kokeshi opened from the folks behind Bambolina, revered for its Neapolitan pizzas. Turning their attention to pan-Asian cuisine, the popular, hip eatery peddles everything from sake and Osaka street corn to craft cocktails and octopus hot dogs. Try the cheeky Colonel Sanders’ ramen (pictured), made with fried chicken, lime, sambal, wakame, soft egg, Thai basil and Vermont butter. Like every place in town, Kokeshi is housed in a building with a storied past; in this case, the space was once an ambulance depot, updated with modern furnishings like a colorful mural and sculptures by local artists.

What started out as an occasional pop-up concept quickly became so successful that Goodnight Fatty opened its own storefront. So named for its focus on late-night cookies and milk, the comfort food nook in downtown Salem’s Higginson Square operates Friday and Saturday evenings from 7:00 p.m. until 11:00 p.m., featuring habit-forming cookie flavors like carrot cake, salted caramel-pretzel and Almond Joy macaroon. 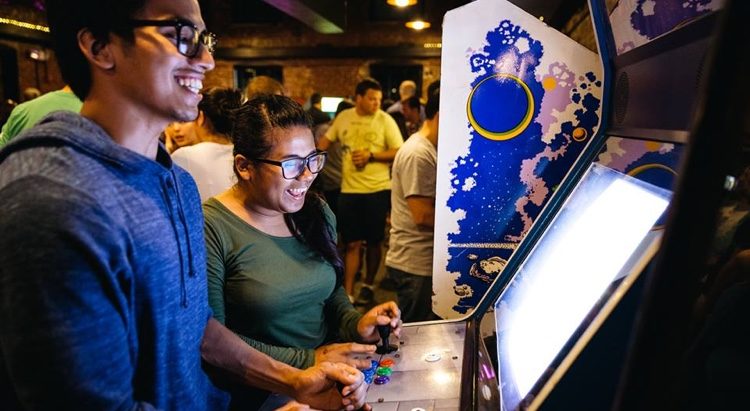 Of all the repurposed historical buildings evolving into new establishments, Salem’s new arcade may be the most unique. What once was a prison is now one of the town’s funnest places to hang out and drink, as Bit Bar became the Boston area’s first arcade bar—you know Salem is getting hot when it’s starting to set the trends for bigger cities. Inspired by a love of vintage games, the owners took their nostalgic affections and put it to good use in a jail across the street from the historic Parker Brothers game company. Now, a space that was previously cavernous and tormented is filled with old-school games like Pac-Man and Mortal Kombat, along with better-than-average bar food, craft beer, cocktails and an outdoor patio.

When it comes to history and museums in Salem, it isn’t all about witches (though of course, the Salem Witch Museum and Witch Dungeon Museum are both well worth a visit). In fact, one of the best Asian art museums in the U.S. can be found in Salem, courtesy of the Peabody Essex Museum (pictured), a contemporary building that stands in stark contrast to the bulk of Salem’s centuries-old constructions.

Over the past several years, the institution has ranked favorably among national museums for its impressive collections. In fact, since its original inception in 1799, making it the oldest continually operated museum in the country, the property has evolved substantially with acquisitions through both purchases and gifts, making it one of the fastest-growing museums in America. Nowadays, the property contains a dizzying array of art from Japan, China, Korea and India. The newest addition is its current exhibit, titled “Ocean Liners: Glamour, Speed, and Style.” On display through October 9, the temporary exhibit features roughly 200 pieces of art, ranging from sculpture and paintings to models, furniture, textiles, fashion and posters. In 2019, the Peabody Essex Museum will get even bigger through its in-the-works expansion project, to include a 40,000-sq.-ft. wing of galleries and an even larger collection center for artwork storage and conservation.

Elsewhere in town, the New England Pirate Museum is a quirky reminder that witches weren’t the only members of Salem’s sordid past. Like modern day snowbirds, pirates would typically spend their winters in the Caribbean and their summers off the coasts of New England and New York, with many famous pirates actually hailing from New England. This interactive destination gets guests up close and personal with the region’s former relationship with sea-robbers such as Blackbeard and Captain Kidd. Live walking tours, pirate treasures, a deep cave and a colonial seaport are just a few of the stops and sights along the way, in addition to an olden pirate ship. 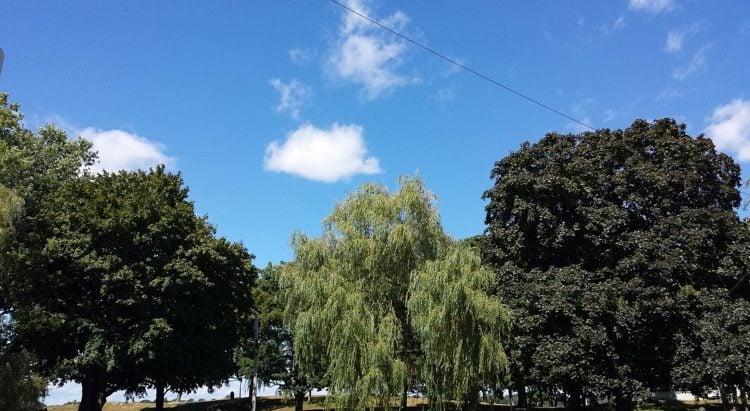 When it comes to outdoor green space, Salem’s crown jewel is its namesake Salem Willows. Much more than a mere park, though there are 35 acres of that, the oceanfront property is also home to three beaches, shaded gazebos, a band shell with live performances throughout the summer, two arcades, rides for kids (like a carousel), a pizzeria, ice cream shop, a public pier and unparalleled views of Salem Harbor. Basically, it’s the quintessential destination for summer in Salem, whether you’re lounging with a picnic or having fun with the family.

The historic grounds date back to 1858, named for the area’s plethora of white willow trees that were initially planted to form a shaded pathway for patients at an adjacent smallpox hospital. Salem’s history is always so warm and fuzzy! It wasn’t until the next century that the park evolved from hospital haven to summertime destination for Bostonians looking to get away from the city.

Located on the shores of the Salem Willows is the (not surprisingly) eerily named Dead Horse Beach. With an immaculate overlook of Beverly Harbor, it’s one of Salem’s largest and most popular sandy beaches. It’s open year-round, making it a serene and quiet stroll in the winter months or a lively afternoon perch in the summer. A lot of boaters use the beach as a launching point for kayak trips, too. 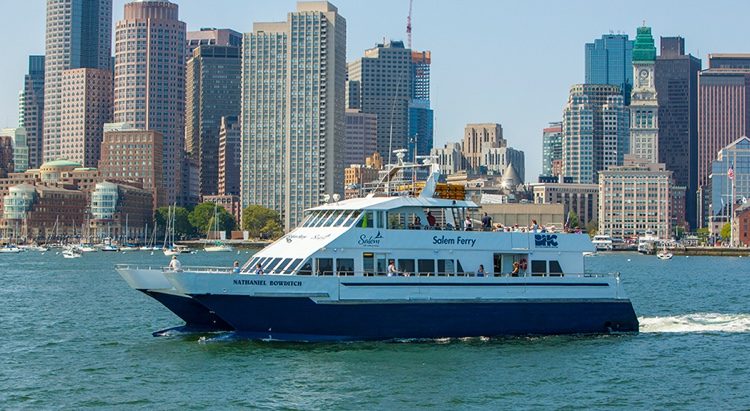 One of the best, most convenient developments to emerge between Salem and Boston in recent years is the Boston Harbor Cruises’ Salem-to-Boston ferry. Not only is the town easily accessible via car and MBTA Commuter Rail, but during the summer months, travelers also have the unique opportunity to board a boat to and from the two cities. As it sails along the coastline, with picturesque views of Marblehead and Swampscott, it’s immediately evident that this is definitely the best mode of transport for visiting Salem. 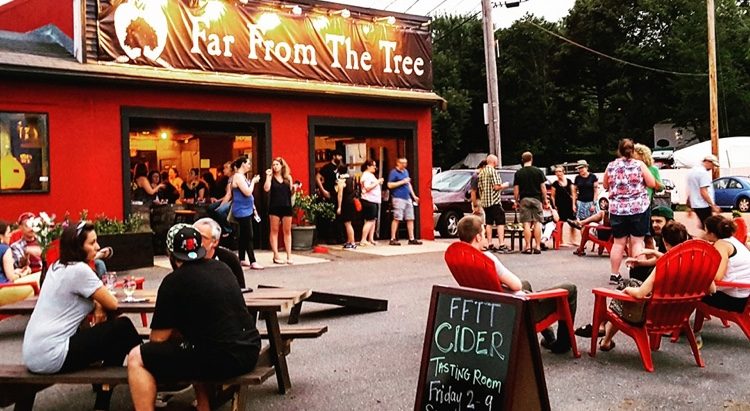 Massachusetts is cider country, what with its omnipresence of apple trees, abundant farms and optimal growing conditions for pome fruits. Far From the Tree Cider, which opened its popular taproom in 2015, has helped solidify Salem as a cider town. The company specializes in hard cider made from local ingredients, utilizing a diligent production that controls each step of the process, from apple-pressing to bottling. Each bottle and pint glass contains the freshest apples and purely natural ingredients. It’s also quite quenching, making it the ultimate summer beverage on a warm Salem day. 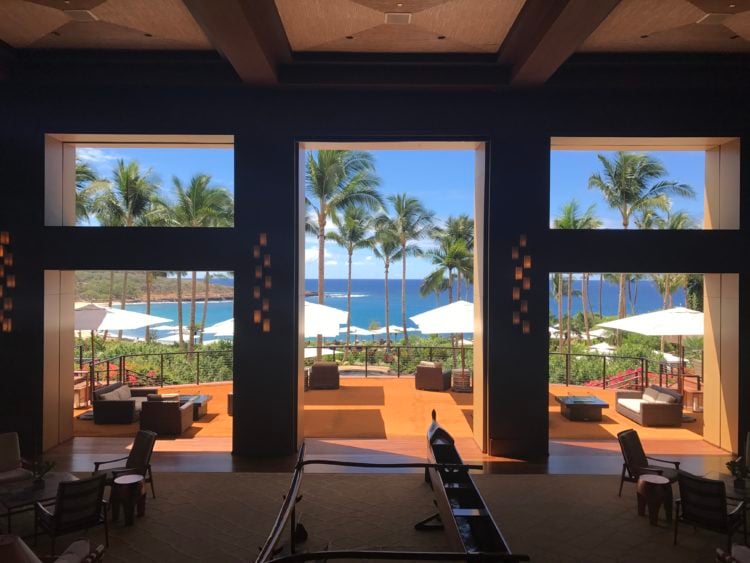 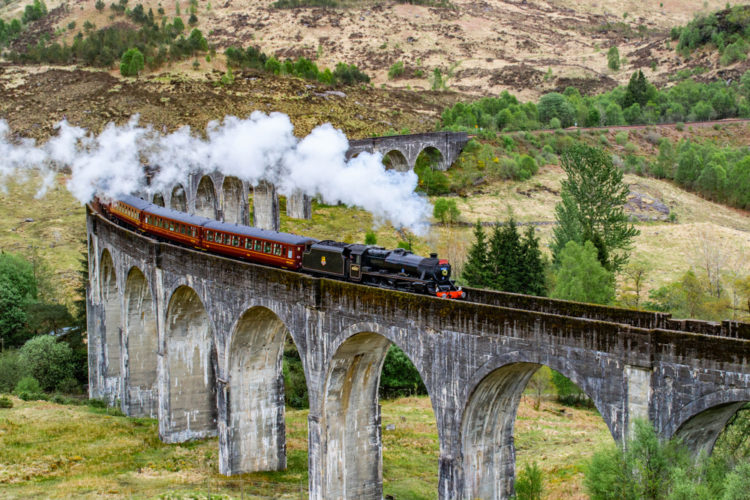 Forget about driving through Europe. If you want to make the… 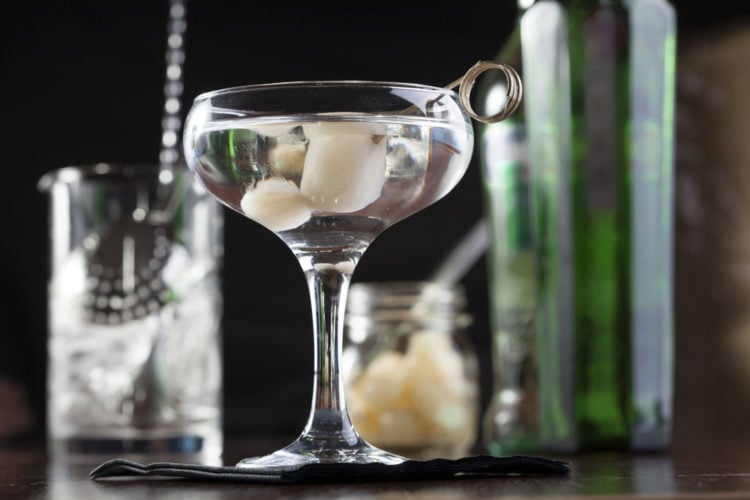 A Gibson is one of the most popular types of Martinis,… 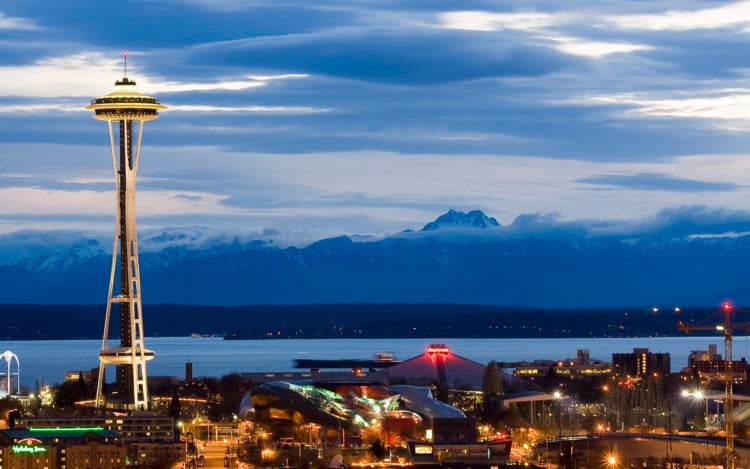 Seattle, also known as the Emerald City, is the largest city… 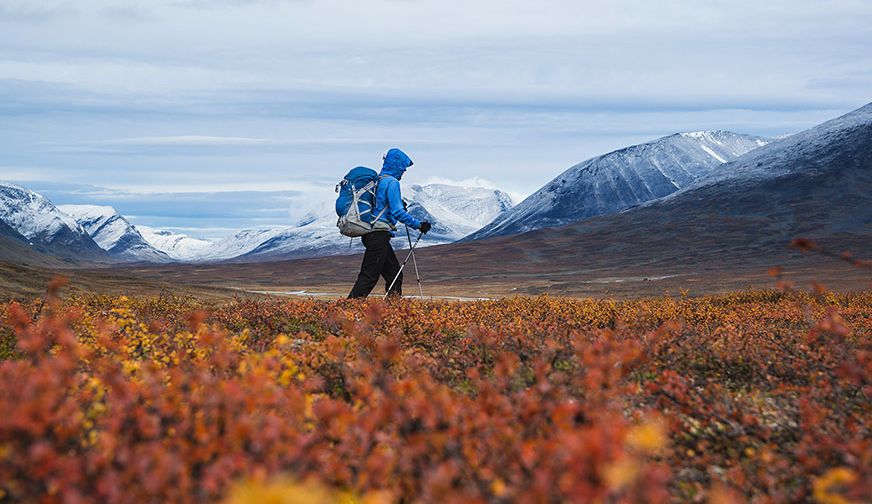 Sweden has an abundance of natural beauty, and if you happen…