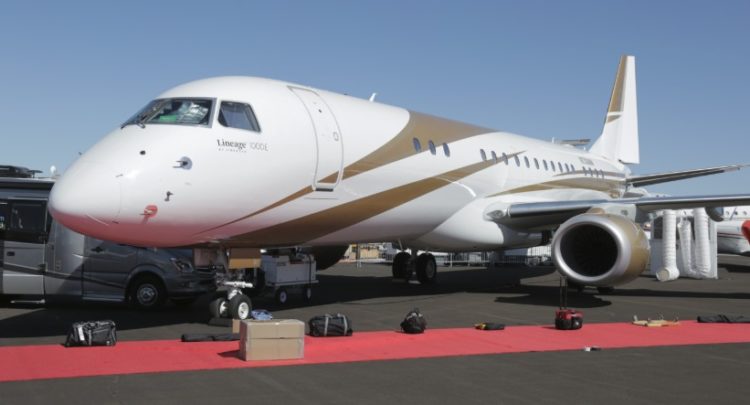 Embraer S.A. is a Brazilian aerospace conglomerate that is headquartered in Sao Jose dos Campos in Sao Paulo State. They produce a range of commercial, agricultural, executive, and military aircraft and also provide aeronautical services. Embraer is now the third largest producer of civil aircraft in the world, behind only Airbus and Boeing. This means that it is a major competitor in this sector. Although this is a very well-known company, there are many things that people do not know about them. Here are 20 interesting facts that you probably do not know about Embraer.

Embraer was founded in 1969 as a government-owned corporation. The government had already made several investments in the aircraft industry during the 1940s and 1950s as they were keen to develop a domestic aircraft industry. The first president they appointed was Ozires Silva. He was a graduate of the Aeronautics Technological Institute who had worked for the Brazilian General Command for Aerospace Technology and become the lead engineer on the Bandeirante project. He is considered the founder of Embraer and he left the company in 1986 to become president of Petrobras.

2. Their First Aircraft Was the Embraer EMB 110 Bandeirante

Over the years, Embraer has produced many different types of aircraft. However, they initially focused on passenger aircraft. The first turboprop passenger aircraft they produced was the Embraer EMB 110 Bandeirante. It was designed by the French engineer Max Holste and the passenger model first flew in 1972. The aim was to create a multifunctional aircraft that was suitable for both military and civilian purposes. The first order was for 80 of these aircraft for the Brazilian Air Force.

3. They Sold Only to the Domestic Market Until 1975

Initially, Embraer was only a Brazilian company and they focused entirely on the domestic market. The growth of the company in the early years was entirely dependent on the government providing contracts. This meant that they sold only to the domestic market until 1975. This included both commercial and military aircraft. The first aircraft was received by the Brazilian Air Force in 1972 following Embraer receiving its airworthiness certificate. Embraer continues to produce upgraded versions of this aircraft.

4. They Predominantly Produced Military Aircraft During the 1970s

Embraer began to produce Piper Aircraft light planes under license from 1974 onwards. Piper Aircraft is a manufacturer of general aviation aircraft that is based in Florida, United States. It ws once one of the major aviation manufacturers in the world along with Cessna and Beechcraft. Since the company was founded in 1927, they have produced over 144,000 aircraft and have manufactured 160 certified models. Initially, Piper would put together their knock-down-kits at their factory in the United States. Embraer would then assemble them in Brazil and market them in Latin America. However, by 1978, the majority of the components and parts were being sourced locally. Embrear produced approximately 2,500 license-built Piper aircrafts between 1974 and 2000.

Embraer acquired the design and manufacturing company Aerotec in 1987. Aerotec was founded in 1962 by the General Command for Aerospace Technology. They were based in Sao Jose dos Campos. Aerotec manufactured the Aerotec Uirapuru, a two-seat trainer, for the Brazilian government. In addition to their military sales, several of these aircraft were sold to both the civilian market and to other Latin American countries. Embraer had begun to manufacture most of the components for Aerotec by 1980. Aerotec began working on an upgraded version of the Uirapuru just before they were sold to Embraer. Unfortunately, by the time their upgraded aircraft was ready to fly, it was no longer required by the Brazilian Air Force. Nonetheless, a small number of the planes were produced and exported.

8. Embraer Were Involved in a Government Subsidiary Controversy

Like most companies, Embraer has seen its ups and down and has faced controversies throughout its history. Embraer became central to a government subsidiary controversy between Brazil and Canada during the late 1990s and early 2000s. Both countries were involved in the adjudicated trade dispute and the World Trade Organization said that they had both provided illegal subsidies to privately owned industries. Embraer was one of the companies that had benefited from the illegal subsidies that were provided under Proex, which was an illegal subsidy program run by the Brazilian government. Despite Embraer’s involvement in the controversy, they were not specifically to blame for the incident and did not face any penalties as a result of receiving illegal subsidies from the government.

9. They Have Facilities Outside Brazil

The main production facilities and headquarters of Embraer are in Sao Jose dos Campos in Sao Paulo, Brazil. They also have several other production bases in other locations around Brazil, including Gaviao Peixoto, Botucatu, and Eugenio de Melo. Embraer also has facilities outside of Brazil that take of various international operations. These include Embraer Portugal/ Europe, which is based in Evora, Portugal, and a production facility in Orlando Melbourne International Airport, Florida. The latter is where the Phenom 100 and 300 and the Legacy 450 and 500 are manufactured.

Embraer also has several offices around the world. These include offices in Singapore, Beijing, and Paris. There are also two office bases in the United States. These are in Washington D.C. and in Fort Lauderdale, Florida. These offices allow the company to function on an international level and to employ people in the parts of the world that make the best business sense to the company.

11. They Sold the Most Commercial Aircraft in 2010

13. The Agricultural Aircraft They Produce is the Embraer Ipanema Cropduster

Embraer produces just one agricultural aircraft; the Embraer Ipanema Cropduster. This is an aircraft that is used solely for agricultural work, most specifically for aerial applications such as crop dusting. It is produced by a subsidiary of Embraer called Industria Aeronautica Neiva. The most recent version of this aircraft has economical advantages as it is the first ethanol-powered fixed-wing aircraft. This aircraft is widely used by agricultural companies and in rural settings inBrazil and the company had made 1,000 of these aircraft by 2005. The company also sell alcohol conversion kits for the gasoline-powered versions of the Ipanema so that owners of the previous version of the plane have the option to run their aircraft more cost-effectively and with less impact on the environment.

In 2000, Embraer decided to venture into the field of executive jets. They launched the Legacy 600 at the Farnborough Air Show. The Legacy 600 was a variant of the ERJ and Embraer organised Embraer Executive Jets as a dedicated business unit when they officially introduced this aircraft in 2002. They expanded on their executive jets concept by creating the Phenom 100 in 2005. This was an air taxi similar to the Eclipse 500 and was intended to compete with the likes of the Hawker Beechcraft and the Cessna. It was a larger version of the Phenom 300 and was introduced in 2008. Other executive jets that this company produces include the Legacy 450, the Legacy 500, and the Lineage 100. By 2016, Embraer had delivered their 1000th executive jet. They currently have a 17% market share in the executive jets sector.

In 2018, Embraer announced that they were embarking on a joint venture with Boeing that would involve them producing airliners together. It is believed that this move was a reaction to Airbus acquiring the majority of Bombardier CSeries, a competing company, in October 2017. By working together, Boeing and Embraer can retain a larger share of the market which is currently being dominated by Airbus since its acquisitions. It creates a more even playing field for the three biggest manufacturers in the aviation industry.

16. One of The Biggest Orders They Have Received in Recent Years Was from Air Costa

Throughout its history, Embraer has received many large orders and contracts to produce multiple aircraft. Many of these have involved orders from and contracts with the government. However, one of their biggest orders was from Air Costa, which is India’s newest airline. In 2014, they ordered 50 E-jets E2, the aircraft that Embraer developed in 2011 as a second-generation of the E-jet family. The order from Air Costa was valued at $2.94 billion. Included in the order was an option to buy a further 50 planes from Embraer.

17. Their Aircraft Are Fuel Efficient

Compared to many of their competitors, Embraer commercial aircraft are significantly more fuel efficient and this is one of the reasons why major airline companies want to buy aircraft form this manufacturer. One comparison has been made between Embraer jets and jets manufactured by Fokker. According to one source, Embraer jets consume approximately 18 percent less fuel per aircraft seat than Fokker aircraft. Not only does this save money, it means the planes are more environmentally compatible.

One of the most recent big customers of Embraer was Austrian Airlines as they purchased 17 Embraer jets in 2015. They were so pleased with their purchase that they dedicated an entire page of their website to letting customers know all about their new purchase. The purchase was approved by the Austrian Airlines supervisory board in June 2015. They then made the purchase of 17 Embraer 195 aircraft for a list price of $900 million. They called the first of the Embraer 195s to arrive ‘Central Europe’ and this made its first flight from Vienna Airport on January 4, 2016, using the operating flight number OS 177. This flight was destined for Stuttgart.

19. They Provide Military Aircraft for Other Countries

20. Four Companies Are Shareholders of More Than 5%

Following the privatization of the company, Embraer made simultaneous public offerings in 2000. Since December 2014, there has been four companies that have more than a 5% share of the company’s capital. Oppenheimer Funds, Inc. holds 12.9$, pt. Caixa de Previdencia dos Funcionarios do Banco do Brasil has 6.71%, Baillie Gilford has 6.46%, and BNDESPAR has 5.31%. 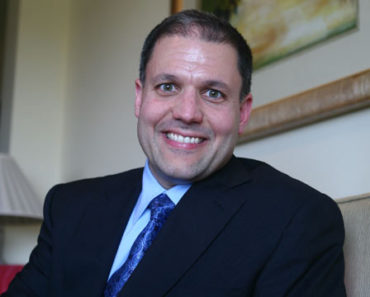 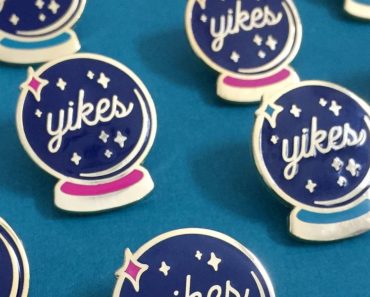 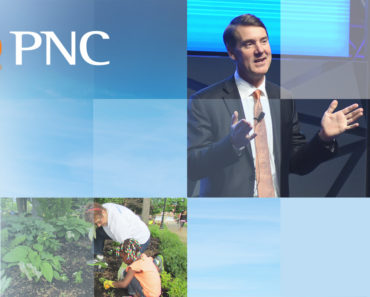 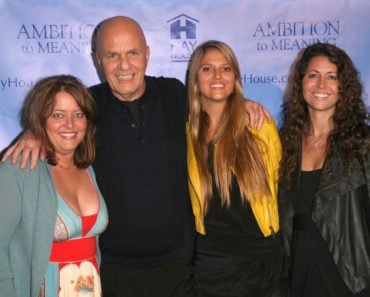 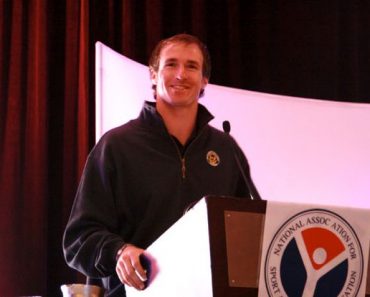 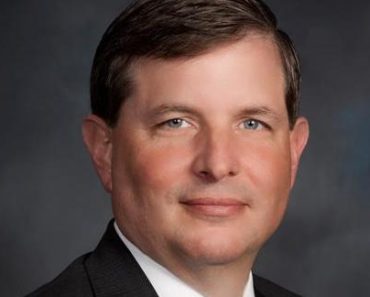