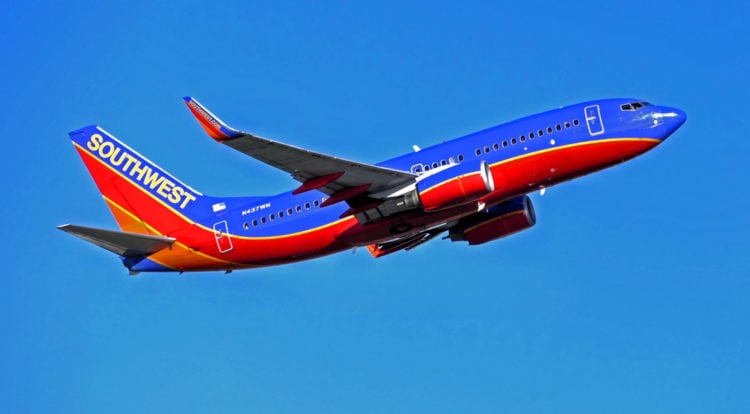 When Herb Kelleher passed away in January 2019, aged 87, the Southwest Airlines blog described him as the exceptional founder. He was praised as a pioneer, maverick, and freedom fighter who revolutionized the skies. Therefore, even in his obituary, besides his family, the airline’s employees were included as his pride and joy. While he is regarded as the airline’s founder, it could not have been possible without Rollin King, who was once his legal client. The story is quite a fascinating one, with a myth telling of how the airline was founded. So, let’s tell you about the journey of its founding and the revolution of the Southwest logo to what we know of today.

Those who knew Kelleher were surprised that even after being diagnosed with prostate cancer at the age of 68, he continued working hard. He would clock in 100 hours every week and always seemed alert, which prompted people to ask his secret. He responded that when you have passionate joy in whatever you do, you can never burn out. However, that was not always the case with Kelleher; he was once so tired his shoulders were drooping every time he went to work. Kelleher was born in 1931 and raised in a middle-class neighborhood in Philadelphia suburbs; he was the last born, his parents having had children much earlier, making the entrepreneur feel he was “an accident.” As a result, as his older siblings grew up and moved away, he was left with his parents. Unfortunately, his father died when Kelleher was 12, and his mother raised him like an only child. She was careful not to dot on him and encouraged the boy to be as independent as possible. Therefore, besides playing football and basketball most evenings, he would work during the summer at the Campbell Soup Company, where his father once worked as a manager.

His love for basketball continued throughout high school and college, enabling him to meet the woman who would become his future wife at a basketball game. Joan came from a family of affluence, while Kelleher could not even afford to pay for the hamburgers they had during their first blind date. The two later got married, and Kelleher always envisioned himself in Texas. He took care of his family, earning money as a lawyer. With Joan’s family being influencers in San Antonio, Kelleher soon became part of the inner circle. Joan’s stepfather introduced Kelleher to Wilbur Matthews, who owned a law firm, and Kelleher became part of the team. According to Texas Monthly, he worked late into the night and often looked disheveled, so much so that one day a nightguard mistook him for an idler and thought he had broken into the offices. Kelleher confessed that with each passing day, his shoulders kept drooping, and he would have given anything for a little excitement in his life.

The Birth of Southwest Airlines

The story is told of two men who walked into a bar and restaurant, St. Anthony Hotel bar, in San Antonio. As they dined and sipped on their cocktail, one of the men took out a cocktail napkin and drew a triangle. On the bottom right of the triangle was the name “Houston;” the bottom left was labeled “San Antonio,” while at the apex was “Dallas.” According to Express-News, the story is nothing but a myth. However, the two men who founded the proposed airline flying between the cities were Kelleher and Rollin King, Kelleher’s legal client.

At that time, Kelleher was ready to have a crazy idea and run with it, so he jumped at King’s idea. Although Kelleher did not know anything about running an airline, he was determined to revolutionize the industry. Therefore it was the first airline to introduce flight attendants dressed in hot pants and boots, trying to compete with Braniff flight attendants dressed in expensive uniforms by Emilio Pucci, an Italian designer. Braniff recognized the competition and tried pushing the young airline out of business by offering extremely low fares. However, Kelleher was not ready to go down without a fight; he responded by charging the same $13 for the Houston –Dallas route and a complimentary Smirnoff or Crown Royal bottle. Kelleher injected his own money into the business. Some sources cite it as $10,000 while others say it was $20,000, and he also got seed capital of $543,000. The company had first been named Air Southwest, but in 1971, it changed its name to Southwest Airlines, and by 1973, it had made its first annual profit. In 1976, it got rights to expand operations to other regions, and the rest they say is history.

What of the Southwest Logo?

The Southwest logo has only undergone four changes throughout its history. According to Logos –World, the first logo was in 1967 and consisted of three broad diagonal lines slanting left. They were painted orange, red, and yellow with a white banner bearing the word “Southwest” in capital letters, running across the middle. The name of the company was printed in black. In 1971, when the company changed its name, so did the logo. They adopted a winged heart with the four feathers on each side painted gold with a blue outline. In the middle of the wings was a blue heart with a red outline, while the background was a blue circle with a thick gold outline and blue border. At the top of the ring was “Southwest,” while at the bottom was “Airlines.” This logo was used until 1998 when the company adopted a completely different one.

In 1998, the emblem switched to an airplane, but the colors remained unchanged: blue, yellow, red. The top of the airplane was blue, while the bottom was red, and a thin yellow line separated the two. “Southwest” was written at the bottom of the plane in capital and thick letters. In 2014, Fast Company reported on Southwest Airline’s new logo unveiling. They did away with the airplane emblem and opted for a heart at the end of the “Southwest” lettering. The heart paid tribute to the first logo through its three diagonal lines slanting left, but this time the lines were colored blue, red, and yellow. For the first time, the lettering was not in capital letters, and it was shaded blue. The logo is still in use to date.