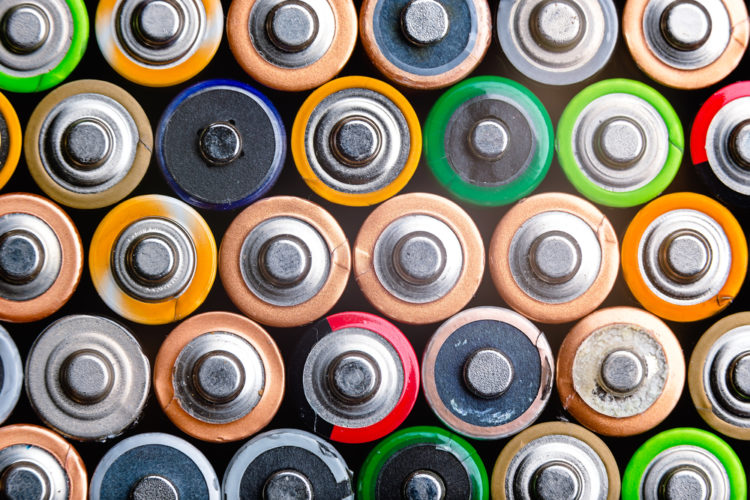 Solid Power is a Colorado-based tech startup that specializes in the development, production, and distribution of solid-state rechargeable batteries. The company has recently made the news with its plans to go public shortly. The battery market is a competitive sector these days. Rechargeable units are viewed as a more earth-friendly approach to powering electronic devices and other battery-powered equipment. If you’re considering expansion of your investment portfolio, this is a company to keep your eye on. Here are 20 things you probably didn’t know about Solid Power to increase your knowledge base of the startup that’s on the move.

According to Crunchbase, Solid Power is in the business of developing solid-state rechargeable batteries for two main markets. Their target customer base is in the mobile power and electric vehicles market. Both are emerging and evolving with enhanced technology that demands superior battery-powered components. Solid Power’s continual research and development of next-generation power sources fit in perfectly as a supplier that is ready willing and able to rise to the current demands which are projected to increase dramatically in the months and years to come.

The startup is on a positive trajectory for becoming a leader in the battery production niche of the energy market. Its innovative advances in battery technology focus on making these components safer for consumers. Batteries for mobile devices have been known to explode spontaneously causing injury and even death to consumers who are unaware of defects or the potential for fires caused by overheated or faulty mobile phone batteries. Solid Power’s unique formulation eliminates the risk by excluding any flammable liquid or volatile ingredients in the production of the batteries they offer for sale. The company’s goal is to produce rechargeable batteries that are highly energy-dense, safe, and reliable.

In addition to making batteries safer and more reliable, Solid Power is providing another benefit. They’ve developed rechargeable solid-state batteries that perform at higher levels than most other batteries. The technology used in their creation makes the batteries provide increased run time at a lower cost for their clients.

4. Solid Power is a versatile company

Solid Power is listed under four major industries in Google searches. This versatile company serves clients with renewable energy sources. It’s listed first and foremost under battery providers, but it also falls under the category of energy, and electric vehicle headings. The products it offers are suitable for use with portable electronics, aircraft, satellites, and aircraft.

5. Solid Power is led by a team of 6 executives

Just the website for Solid Power alone uses a complex array of 24 technologies to power the site. Users have a smooth browsing experience but a lot is going on behind the scenes in the background. The site is mobile friendly and is powered by iPhone mobile compatible, Viewport Meta, SSL by Default, and other technology products.

7. Solid Power maintains an edge over its competition

Solid Power’s battery products are different than those made by other companies because it uses unique technologies that cannot be copied. The startup has developed its advanced battery technologies that remain the intellectual property of the business. Solid Power has successfully registered four patents in the Basic Electric Elements classification. In addition to securing the four patents, Solid Power has also secured two trademarks in the scientific and electrical apparatus and instruments category. The patents and trademark registrations are legal protection that prohibits any other battery manufacturer from copying or imitating the unique technology that Solid Power uses in the development of its battery products. This is how they maintain an edge in the industry.

Solid Power has conducted its fundraising as a privately held business. It is a venture capital-funded company that has participated in five funding rounds. The most recent round was a Series B round of venture capital fundraising. The total amount of funds raised as of May 3, 2021, is $186.5 million from venture capital investors.

Solid Power is a solidly grounded company that is on a positive trajectory to emerge as one of the leaders in the renewable energy sector of the market. Its track record for success has instilled high confidence in the investors that have supported the company’s efforts for the growth and expansion of its operations. Solid Power has four lead investors with seven others joining in the effort for a total of eleven investors. This group includes Volta Energy Technologies, a lead investor, Bayerische Motoren Werke, also a lead investor, joined by other lead investors Ford Motor, and BMW i Ventures. Other investors include Solvay Ventures, Cradle, A123 Systems, Samsung Venture Investment, and three others. These investors have the confidence that Solid Power will provide a good return on their investment.

10. Solid Power is a decade into its operations

We learned that Solid Power has only been in operation for a decade. The company was established in 2011, the year of its official launch. It is a spin-off startup that began at the University of Colorado Boulder. The co-founders took the research that they were conducting at the University and used it to develop the specialty battery products that Solid Power is credited with creating. Doug Campbell, co-founder attended the university as an engineering student where he earned his bachelor’s and master’s degrees in civil engineering. He also worked in a collaborative research project sponsored by the University of Colorado Boulder and the United States Air Force.

If you are interested in buying shares of Solid Power, you won’t have too long to wait. Although it is still listed as a privately held enterprise, Solid Power’s leadership has big plans for the company. It has been formally announced that Solid Power is going public. Although the date for the initial public offering has not yet been announced, the decision has been made and Solid Power will move forward with its plans. The strategic move will make it possible to buy, sell and trade Solid Power shares on the NASDAQ stock exchange, according to Techcrunch.

12. Solid Power is going public via a SPAC agreement

The terms of the initial public offering for Solid Power are set up in an agreement with a special purpose acquisition company merger, or SPAC. The name of the company is Decarbonization Plus Acquisition Corp III. This is becoming a common means of taking startups to the public trading arena.

13. Solid Power will become a unicorn

When the SPAC deal goes through, a post-deal valuation that is based on other terms of the agreement will put Solid Power at the level of a unicorn. Unicorns are businesses that reach a valuation of at least $1 billion or more. This is an exclusive group of companies, but we’re seeing more unicorns in the tech arena emerge as investor confidence is high in those who produce new and relevant technologies that are in high demand. The estimated post-deal implied market valuation is set at $1.2 billion after the deal that will generate $165 million in private investment in a PIPE transaction and $600 million in cash. The SPAC transaction is in progress and is expected to complete by the end of 2021. It is expected that Solid Power will be available for trading on the New York Stock Exchange under the ticker symbol SLDP.

14. Solid Power is a breakthrough company

Many of the investors who are excited about Solid Power have a good reason for their faith in the startup. Solid-state batteries represent the next generation in battery technology and they’re considered to be a breakthrough technology that will bring improvements such as enhanced safety, longer running time, lower costs, and added convenience. These factors make Solid Power a breakthrough company in the technology industry. Remarkably, some of the batteries the company will produce will give electric cars a range of almost 500 miles on a single charge. The new advances will also produce batteries that exceed the current 8-year lifespan of conventional batteries by more than twice as long.

Solid Power has a sunny forecast for business in its future. The most recent agreements have secured contracts for the delivery of battery products. This means that the financial success of the company is assured. The sales agreements have already been drawn up and Solid Power can depend on these contracted orders to calculate its growth and expansion options into other sectors of the energy market.

Solid Power will have a few dependable outlets for its battery products. The agreements already in place are with two of the largest automakers in the world. Ford Motor Company and BMW AG are among those that have signed up to receive products from Solid Power. These companies have agreed to receive automotive-scale batteries from the company starting in the first part of 2022.

17. Solid Power is following the latest mergers and acquisitions trend

Solid Power is the most recent of the renewable energy companies to engage in a SPAC agreement to go public. It is joining some of its biggest competitors in the strategy. Others include FREYR, a European battery manufacturer, as well as Microvast, QuantumScape backed by Volkswagen, and others. They’re all jumping on the bandwagon and signing deals to go public with some of the larger blank check firms that are currently negotiating record numbers of SPAC deals.

According to its LinkedIn page, The six-member executive leadership team is representative of the fairly small workforce in operation for Solid Power. At this time, there are 61 people employed at the company. When we looked into the prospects for expanding the workforce we saw that there are only seven current job openings. All of the open positions are located at the company’s headquarters in Louisville, Colorado. So far, there is no sign of outward expansion so it could be that the business is going to be busy building its infrastructure.

According to the official Solid Power website, Solid Power offers information about the company, its history, and where it is now in the process of growth, expansion, and development. Investors are presented with a complete acknowledgment of the risks or potential risks involved with an investment in the company. The leader of the group is Doug Campbell and he is an executive that is diligent in maintaining transparency with investors and members of the public. The website appears to be stark with limited information unless you follow the link for presentations. This delivers a wealth of detailed information for all considering investing in its future.

20. Solid Power is a company to keep your eye on

If you’re considering making additions to your investment portfolio, Solid Power is a business that is worth considering. Shares will not be made available until sometime near the end of 2021, but it can pay to follow the trends and news on any company you’re considering as an investment option. Solid Power staff does a good job of making regular news posts to ensure that everyone is kept up to speed on the latest trends and agreements affecting investors.