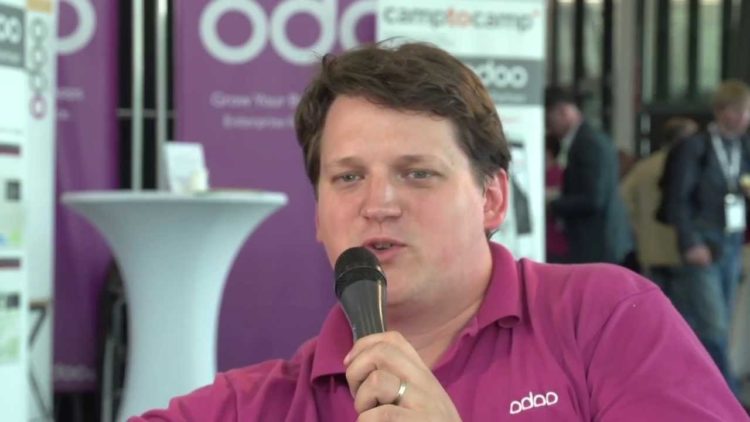 Fabien Pinckaers was born in the year 1980 in Belgium. He is the founder and current CEO of Odoo which started in the year 2002 as TinyERP which he purposed to grow and conquer the world of software. He developed his first software product while he was still very young. He has been actually referred to in some quarters as the “Bill gate” of Belgium. Here are 10 things you didn’t know about him.

Fabien Pinckaers showed his love for business and technology at 13 years old he had developed his first software on business management. According to Odoo, he was able to sell and sold it to a company known as “Les Taxis Verts”. He had a childhood dream of conquering the world where his strategy was getting great in the industry and overcoming them. He was using the analogy of the school where if one is new he creates a name by fighting and conquering the most bully boy.

Fabien Pinckaers studied his undergraduate and Master’s degree in Computer Science at the Catholic University of Louvain between the years 1997 to 2004. The university education to Fabien was almost an extension and opportunity to develop his childhood dreams. He was able to develop several projects. He has skills such as IT, Execution, Management, Open Source, OpenERP, Python, XML, MySQL, Open Source Software, Linux, ERP, Web Development, E-commerce, CRM, Java, Cloud Computing, PHP, and Ubuntu

In the university, while studying computer science Fabien was able to develop many projects such as Auction-in-Europe, Openstuff, and TinyERP. These projects were his steppingstone and especially the TinyERP that was later changed to OpenERP and later Odoo. The TinyERP which was started in 2002 was a great breakthrough for Fabien where by putting a lot of effort he was able to grow it to the present Odoo where it has diversified from the original concept of Enterprise Resource Planning software. He actually began the company and worked alone but before the age of 31, he had been able to create a multinational company with a presence in three continents and employing more than a hundred workers.

According to the bulletin, Fabien does not consider developing the product as work but part of him. He explained that even during his out of work he was still thinking about work since building products that would enable workers to deliver better results was far better than participating in any entertainment. In fact, he is always motivated by the desire to see products that have positive impacts on the clientele. He is also of the opinion that despite the many improvements they have made by developing management systems there is still much to be done to address inefficiencies in many companies hence his drive-in doing even more.

Fabien through Odoo previously known as TinyERP and OpenERP has won several awards as recognition of their great success. In 2013 the company won an award from Deloitte being recognized for being among the 50 fastest growing firms in Belgium. In the same year, they also won InfoWorld’s BOSSIE Award which they went ahead to win for three consecutive years. In the year 2015, it was recognized by Inc. Magazine to be among the 5000 fastest-growing private-owned companies in the continent of Europe.

The company began by involving others to sell and market the products. According to Coss community, there was a challenge of indirect sales as they were not able to get feedback from the customers, which led to Odoo developing networks. However, they found that these were only useful to mid-sized firms but not appropriate for small businesses. They, therefore, went ahead to form channel partners- a company that markets and sells products or technologies through co-branding. In the case of Odoo, they operate a 50-50 partnership which according to Fabien both are growing at par meaning they can continue operating both. This, therefore, leads to enhanced growth by having a higher outreach. This is in line with the motto of the company which is to improve the efficiency of the organization so that companies can concentrate on growing themselves other than running operations.

Odoo like many companies was also affected by the Covid19 pandemic making them change the mode of operations where they had to work from home. It was not easy as the workers were already used to working at the office but according to Fabien, they had to respond to the challenge by digitizing things about Odoo. This was in response to the needs of the clients who then had turned to work remotely and hence they needed to adapt to the new norm. He has however noted that as part of ensuring smooth operations of the company activities they have adopted a blended mode of operations where there are shifts of some workers working at home and others at the office.

Fabien together with others has authored several books which are available on amazon. These books include streamlining your manufacturing process with OpenERP which provides an easy way to operate and manage manufacturing and supply chain intricacies. The book provides on guidelines how an OpenERP can be set up to allow manufacturing activities, sales, and procurement departments to be harmonized to ensure efficiency. The other book is Integrate your logistic process with OpenERP which mainly explains how to enhance the efficiency of a warehouse by harmonizing it with sales and purchase. In total, he has been able to author eight books that deal with guiding the customers on how to benefit from several functions of the management software developed by Odoo.

Unlike many entrepreneurs who usually diversify into many areas possibly to conform to the adage that you don’t put your eggs in one basket, Fabien has completely focused on the development of management software. In fact, by his own admission, Fabien says his approach to developing products has changed from developing many products to focusing primarily on developing products that make small and medium enterprises more efficient. He was of the opinion that success was a result of doing what needs to be done and doing it consistently which then requires a lot of focus. Fabien’s focus is also attested by the fact that his books and social media activities are about Odoo and what they do.

One of the unique characteristics of Fabien is having big dreams as he believed that he could change the whole world. He was so determined about this dream that, according to OpenERP, he worked for 13 hours per day, 7days per week, and 7 years without going on holiday. This led to even parting ways with his girlfriend as well as losing his acquaintances. Though he said this was just child dreams one of his goals was to have 100 workers by age of 31, he only missed it by months.