Home
Watches
The 10 Finest Christopher Ward Watches Ever Made 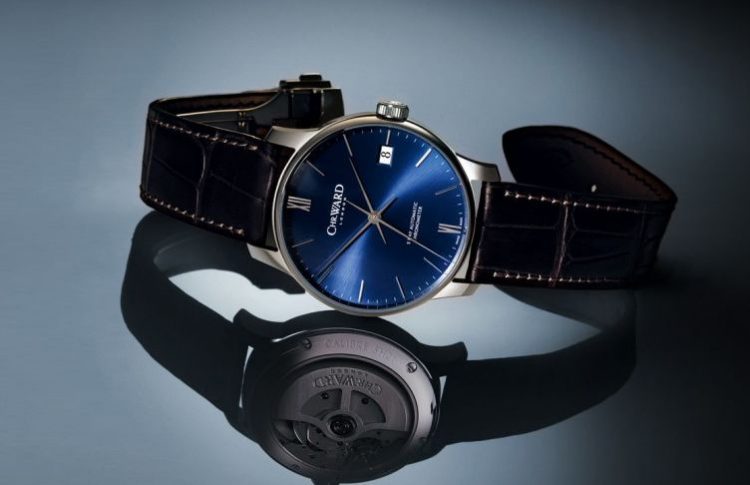 From an idea that sprout out among three friends – Peter Ellis, Chris Ward, and Mike France – while sailing along River Thames, Christopher Ward has come a long way since 2004. From the start, the idea was to avail premium watches to as many people as possible primarily by selling directly through their website, subsequently steering away from expensive marketing campaigns and third party retailers. With this principle in mind, the trio released their first watch – the C5 Malvern Automatic – on June 2005. This marked the beginning of a long and prosperous journey in luxury watchmaking.

These are our picks for the 10 finest Christopher Ward Watches ever made. 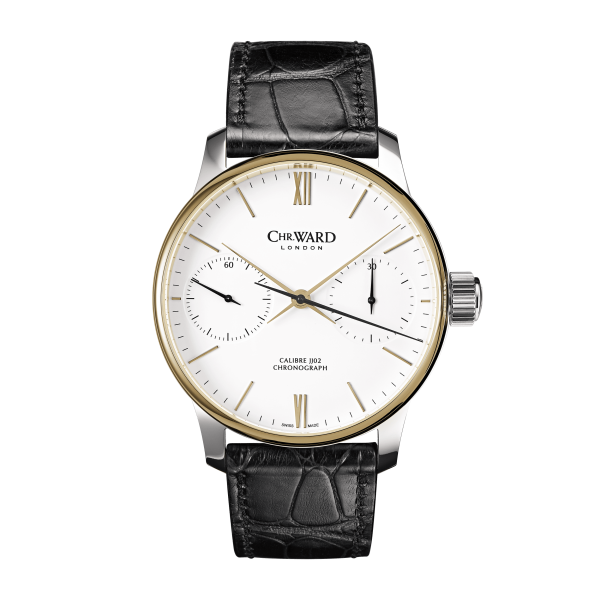 A gorgeous dress chronograph watch adorned with an 18-carat, solid gold bezel, the chronograph functions are controlled by a single pusher. The C9 is powered by Caliber JJ02, an incredibly modified version of Unaitas 6498, and is the most elegant complication in Christopher Ward’s collection to date. The movement, which can be seen through the back, is fully transfixing. The dial, on the other hand, is a watered-down delight. The fact that only fifty copies of this model will ever be produced makes this timepiece truly one of a kind. Rarely do we get the opportunity to own a piece of history, leave alone wearing it. That is what makes theC9 DB4 extremely special. Apart from having a beautiful design, part of the watch’s body was derived from one of the most exclusive sports cars on the planet: the DB4 GT Zagato. Just like the vehicle, only nineteen models have been created, each of which is engraved with a segment of the very car that was driven by Roy Salvadori at Goodwood in 1961. When it comes to provenance, the metal was obtained at the TMB Art Metal by experts and laser-curved into the shape of the vehicle’s steering wheel, conspicuous through the timepiece’s exhibition back. To reinforce its distinction, individual models were adorned with their own serial numbers.

The watch is also one of the most beautiful CW timepieces ever created. The wide 43mm case covers integrated numerals based on the speedometer of the car, as well as a rev counter-like power reserve complication at the 6 o’clock mark. On the opposite side there is an ETA Valgranges A07.161 movement with a power reserve of forty six hours. The rotor on the movement comes equipped with Cotes de Geneve stripes. 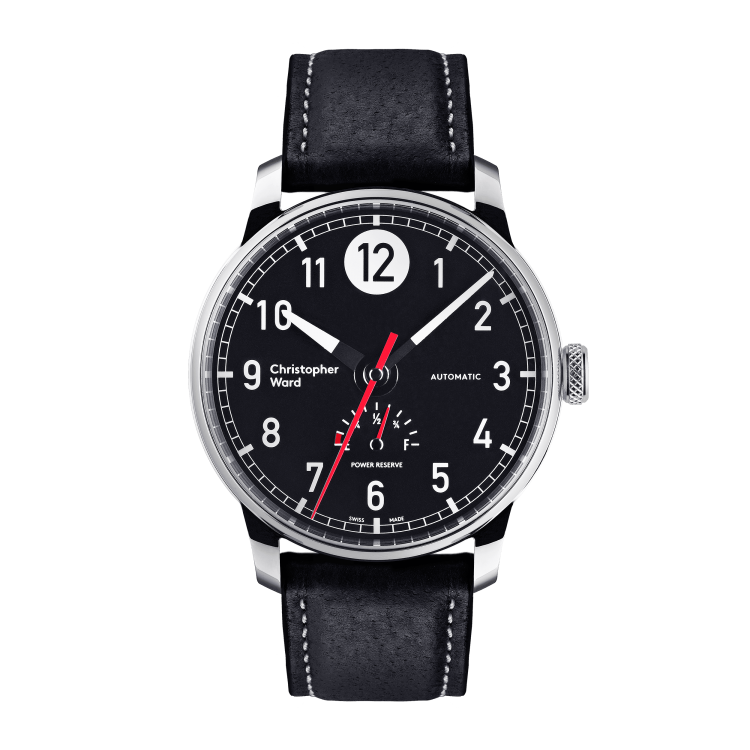 This masterpiece represents one of the best post-war British racing cars ever: the Jaguar D-Type – a vehicle adored as much for its appearance as its three victories at Le Mans. This was the inspiration behind the C9 D-Type. Apart from honoring the car, the timepiece has a piece of metal derived from one of its pistons. It is limited to fifty five pieces, each a unique blend of peak design and engineering. The piece of piston embedded onto the watch has been laser cut into the characteristic wheel & wheel-spinner of the D-Type before been placed into the timepiece. In the looks department, the watch features a beautiful black dial equipped with numerals based on the Jaguar’s speedometer, as well as a fuel power reserve complication (reminiscent of a tank) at the 6 o’clock position. The C70 3527 was born from a collaboration between Christopher Ward and TMB Artmetal. This watch gives you the opportunity to own one of the most iconic cars in the world: the Ferrari 250 GTO. In the backplate of this timepiece, behind museum-style sapphire crystal is an original segment of exterior paneling from the 7th GTO, of which only thirty nine were ever created. The actual car, whose chassis number was 3527GT, was the inspiration behind the watch’s name. This can be seen on the side of the case. 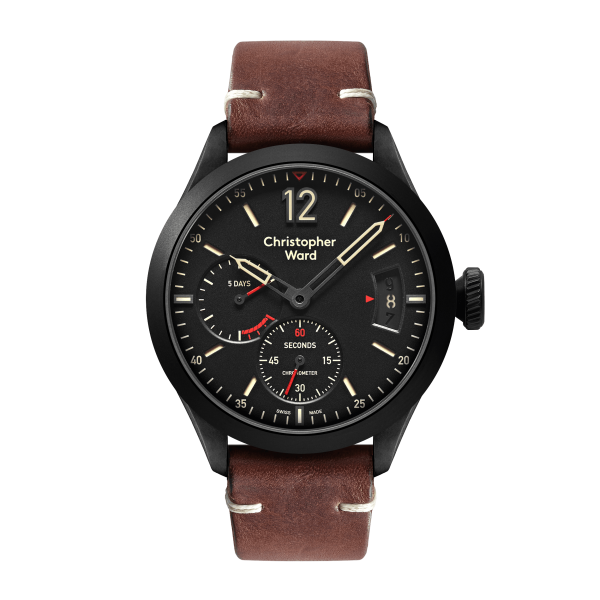 The caliber SH21 movement was introduced in 2014. The timepiece was designed by Johannes Jahnke, providing him with a canvas to experiment with further complications and innovations. With its diamond-style carbon black dial and case, Arabic numerals and highly legible indexes, the C8 inherits many of the design concepts from famous aviation timepieces such as the Mark II A. The dial is rather impressive as well. There is a power reserve subdial at the 9 o’clock mark and an altimeter inspired date calendar at the 3 o’clock position. Additionally, the numerals at the date wheel have been laser shaped into the metal, highlighting the present date from behind. The Malvern is an extremely slim timepiece that not only contains the dense, hand wound ETA movement, but also emphasizes its slenderness with elegantly subtle lines. The watch itself is 40mm wide, which is 2mm wider than the original Malvern Automatic. Its thickness, on the other hand, is 8.7mm, which is 2.1 mm thinner. The extended hands and indexes on the dial add to the effect of the watch. Designed for health conscious individuals and medical professionals in general, this chronometer can be used for measuring someone’s heart rate. The effectiveness of the timepiece is accentuated by the fact that it has an easy-to-read dial and an unbeatable movement. Pulse-rate measurement was first introduced by an English physician known as Sir John Floyer (who lived between 1649 and 1734). The dial’s tachymeter-like pulsometer scale is calibrated for thirty heart beats. The finesse of the timepiece’s case, a caduceus styling on the second hand counter balance, and the blued hands combine to allow for easy reading. The C9 Pulsometer is a limited edition, as only 250 examples were created. 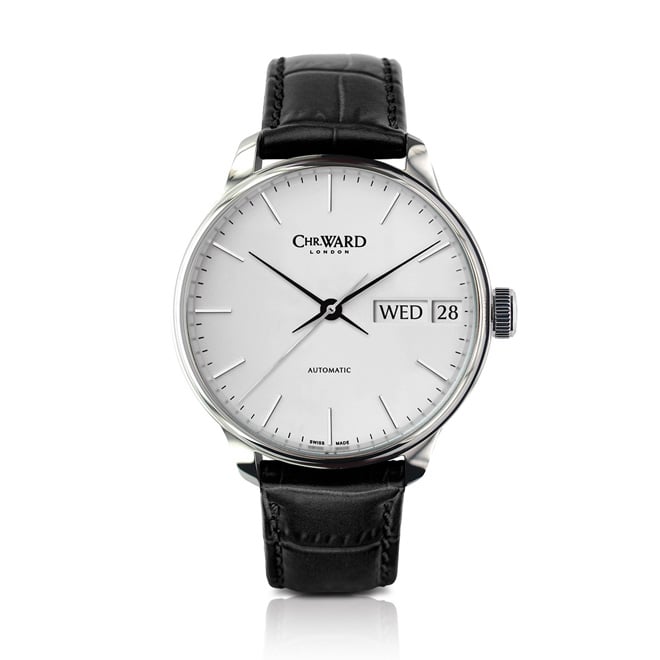 The C9 Big Day Date is very simple, but elegant at the same time – suitable for any occasion. Its retro appearance hides an extremely modern and reliable automatic movement. This elegant example is a gateway to the more sophisticated movement complications. The Sellita SW220 and ETA 2836-2 automatic movements have been modified by the Christopher Ward’s master watchmaker – Johannes Jahnke – to create the watch’s indicators at 3. The C8 UTC was coined from the term “Universal Coordinated Time,” which is rather popular in aviation. Perhaps the most amazing feature of this watch is the 2-piece dial that comes with a crown operated bezel showing notable international cities. This means that the owner can instantly determine the time anywhere on the planet. On the other hand, if you are looking to maintain a single timezone in particular, you will find the 24-hoour GMT hand especially handy. The big Arabic numerals, “pipette” hands, and raised indexes enhance the military feel of the timepiece while the wide case (44 mm) comes either with a black finish or in stainless steel. One of the very first designs to carry the new CW log, this timepiece is a spectacle of wonder. Featuring a 38 mm polished stainless steel case, the retro credentials of the C65 Trident Classic are enhanced by a glass box sapphire crystal. Additionally, the watch employs completely redesigned hands and luminescent paint on the dial to add to its functionality. The new CW log is positioned on at the 9 o’clock mark, sitting delicately against the date-wheel balance. Lastly, the watch honors the company’s tradition by retaining the Trident motif on the seconds hand counter balance of the watch.