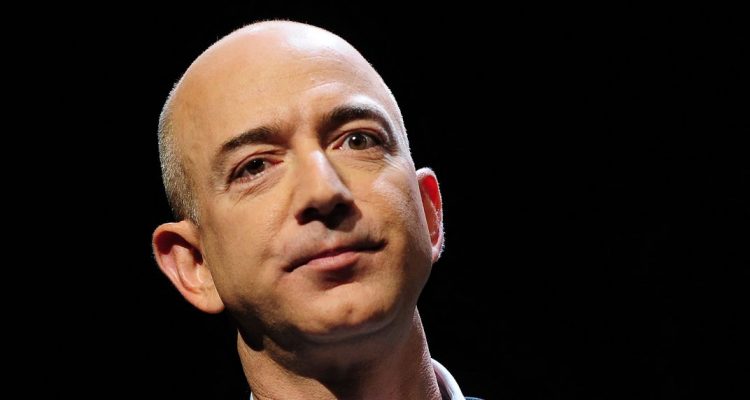 Amazon.com is one of the most successful names to come out of the 1990s. Although it started out as an online store that specialized in selling books to interested individuals, it has since expanded its operations to include all sorts of other products, with examples including but not limited to games, music, movies, food, and furniture. Furthermore, it produces consumer electronics for the convenience of consumers while also providing cloud-based infrastructure for businesses. Summed up, it is no coincidence that Amazon managed to surpass Walmart as the single most valuable retailer in the United States when measured using market capitalization, which is the total market value of all of its outstanding stock shares.

However, while most people are at least somewhat familiar with Amazon’s remarkable range of products and services, fewer of them are familiar with the fact that it has been investing its earnings not just in its own revenue-earning operations,  but also in the stock shares and complete buying of other companies. While some of these companies are not so well-known, others can be considered household names in their own right.

Here are five of the companies that most people do not realize are owned by Amazon:

Like its name suggests, Audible is a business that specializes in making audio books as well as selling them to those who prefer their reading materials to come in that particular format. Furthermore, it even provides said individuals with related services such as radio programs, audio versions of newspapers, and audio versions of magazines. However, what makes the business more notable is that it is the single biggest business of its kind that can be found in the whole of the United States, meaning that it is a formidable presence in its own right. As a result, it is clear that Amazon’s $300 million purchase of Audible in 2008 has resulted in respectable rewards for the online retailer.

Self-publishing has become more and more popular in recent times because the latest techniques and technologies have made it easier than ever. One of the reasons for this trend is the existence of businesses such as CreateSpace, which has come up with a self-publishing platform that lets independent authors, musicians, and filmmakers publish their work and then distribute copies of their work on demand, which would not have been possible at current costs without the existence of the Internet. As a result, independent authors, musicians, and filmmakers benefit by being able to enter the market with relatively small budgets, while CreateSpace benefit by being able to make a business from supporting self-publishers. For what it is worth, CreateSpace started out as a 2009 merger between two businesses that had been bought out in 2005 by Amazon, one of which specialized in supporting independent books while the other specialized in supporting independent films.

Technically, Goodreads is not a business but an online community where book lovers can share their passion with like-minded people. Sometimes, this means writing reviews about the books that they have read. Other times, this means sharing the lists of their favorite books with their fellows and seeking out recommendations for more reading material based on those lists. However, popular website possess plenty of commercial potential, which is probably why Amazon bought it in 2013 for what has been estimated to be around $190 million dollars.

IMDb is short for the Internet Movie Database. As stated by its name, it is a collection of information about both movies and TV shows, the people behind them, as well as the latest news about them. As a result, it is an extremely useful resource for those who are interested in learning more about their favorite visual media, particularly since it is so comprehensive. Unsurprisingly, Amazon has been using it since 1998 to promote its products as well as engage in other commercial activities, though these do not detract from IMDb’s stated purpose.

Like Amazon, Woot is an online retailer. However, it is unlike Amazon in that it caters to a particular segment of online consumers. To be precise, it caters to people interested in the biggest bargains as well as the biggest discounts, which is why it offers discounted prices on a particular product on a daily basis. Common examples of these products include but are not limited to clothing, consumer electronics, and even wine. Since its acquisition by Amazon in 2010, it has continued operating in the same way that enabled it to win its customers in the first place.

Why Does Amazon Own These Companies?

Amazon owns these businesses for the same reason that other multi-national corporations buy out businesses. Partly, this is because having a wide range of businesses make multi-national corporations more resilient to unexpected occurrences in the business environments in which they operate, thus making it impossible for any single economic disaster to wipe them out. However, it should also be noted that when Amazon buys a business that is related to its core revenue-earning operations, it can also use that business to support those operations. This can be seen in the example of IMBd, which is used to boost Amazon’s sales higher than otherwise possible by promoting Amazon’s products to its users.

So far, Amazon has shown no signs of stopping. As a result, it seems probable that it will continue becoming more and more successful in the future, meaning that it will continue buying up more and more businesses in order to support its core revenue-earning operations. So long as it continues to show the same sense of judgment that it has shown for its acquisitions so far, it seems probable that each of them will make it that much more stronger as well as that much more capable of thriving in an international business environment. Something that it is already doing, as shown by the existence of Amazon websites being available not just in the United States but also in Canada, the United Kingdom, Japan, and a host of other countries.