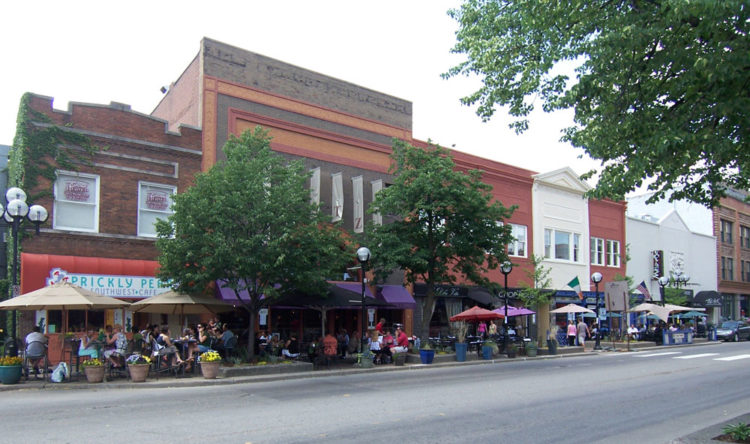 What are the five biggest Craigslist scams in Ann Arbor, Michigan? If you follow this type of thing, you probably won’t be all that surprised at most of them because three of the five involve housing issues. This is on par with the rest of the country but that doesn’t mean that it isn’t something that is costing a lot of people to lose a great deal of money. If you’re interested in making sure that you don’t become one of those victims, read on.

1. It always starts with the houses

It’s absolutely scary to think about how many Craigslist scams there are that involve housing. It doesn’t matter what part of the country you live in and it doesn’t matter whether you’re a first-time home buyer or someone that’s experienced in this type of thing. People from all walks of life end up getting taken for a ride because of the Craigslist scams involving houses. It’s gotten so bad that in Ann Arbor, local real estate agents that have been taken to putting ads in the newspaper telling people that scam artists are putting ads on Craigslist advertising houses for sale that are not even theirs. When it gets to that point, you know that you definitely have a problem.

This scam involved a man who was trying to sell an item on Craigslist. Someone contacted him telling him they were interested and then they sent him a check, of all things. The check was for a lot more money than what he was requesting for the item, and it included instructions, telling the seller that the extra money was for shipping costs because the buyer lived some distance away and wanted it to be shipped via a professional moving company. As you might have guessed by now, the instructions involved depositing the check in the seller’s bank account and then immediately withdrawing a specified amount to cover the shipping costs and sending it to a company that didn’t even exist. In short, the check was fake. This guy caught on before getting his bank account cleaned out but if you don’t, you’re going to be responsible all of the money that you just deposited and then withdrew so don’t ever fall for this.

Unfortunately, there are those times when it’s not just your money that you might potentially lose when it comes to dealing with someone on Craigslist. Just as in this particular case, you might find that your very life is at risk. In this case, a man was trying to sell an item and agreed to meet someone that was interested in purchasing it. Once they met, the so-called buyer ended up pulling a gun on the seller and robbing him of the items, plus his wallet and everything else he had of value. He’s lucky that he escaped the encounter with his life. If you’re going to meet with someone to buy or sell something from Craigslist, make sure that you do so at your local police station so that you’re less likely to encounter these types of things.

These issues are again things that revolve around housing, this time regarding houses for rent. This really shouldn’t come as a surprise because in almost every town across the United States, this is easily the number one problem when it comes to scams on Craigslist. You know the drill. A house is advertised for rent that’s a lot cheaper than anything else around it, you send money to a specified account, then when you go to move in you find out that the house was never for rent begin with.

If you think it seems odd to have two stories about rental housing issues back-to-back, that should tell you just how prevalent the issue is. Don’t fall for thinking that this is a problem that exists only in Ann Arbor, either. The truth is, it exists everywhere. If you insist on finding a place to purchase or rent by looking through Craigslist, do your homework and then do it again before you ever hand over any cash or provide any type of personal information to anyone.