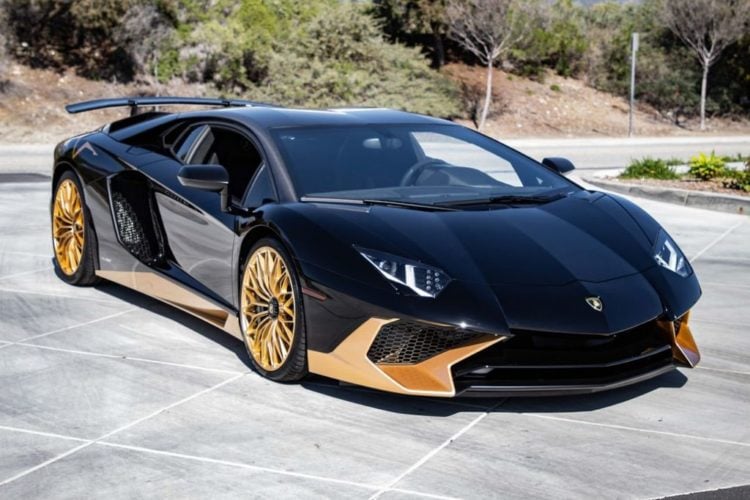 Are you looking for a used Lamborghini Aventador, but you don’t have a fortune to spend? The good news is that you can find some great deals on used Aventadors at the present, but there are a few things that you need to be aware of. You’re going to lay out some cash for any Lamborghini that is in workable condition, and it’s important to avoid getting the shaky end of the deal from a disreputable dealer. We’ve prepared a buyer’s guide to give you some tips and pointers for buying a used Lambo Aventador without getting shafted in the process.

The Lamborghini Aventador was first released in a 2011 model year and it concluded production in 2017. It’s useful to know as much as you can about the vehicle’s capacity and traits before you enter into a deal to purchase one in unused condition. A healthy knowledge base can help you to see through any smoke and mirrors that a shady owner or dealer may try to feed you.

Major considerations to keep in mind

Whether it’s a 2011 or a 2017 model, The Aventador is a race car and it is designed for speed. The most outstanding features include a 6.5-liter gas powered V12 engine mated with an automatic 7-speed transmission. It should still offer frightening acceleration speeds. the horsepower averages 691 at 8,250 RPM. An Aventador in condition for peak performance can easily accelerate to 62 mph from a standstill in just 2.9 seconds and the top speed is set at 217 mph.

You should budget $150,000 if you want a car that is in excellent condition. This is about as low as they go unless you’re looking for a project car. This isn’t recommended because you’ll be looking at sky-high prices for authentic parts and repair. It’s unlikely that you’d really save much by purchasing a fixer-upper.

The 2011 model of the first generation Aventador was released as it’s debut edition. By 2013, a roadster version was released with a few changes to the roof, trim and a little extra weight for structural strengthening. The performance remained the same, but in 2016 through 2017, 500 SV Roadster models were released that featured a reduction of 50kg of weight, bringing it even with the 2011 variant.

In 2013, Lamborghini celebrated its 50th anniversary with a new special edition Anniversario Aventador called the LP-720-50. 100 were released in coupe versions with 100 more as roadsters. They were all released in May Yellow coloring with a tuned engine that cranked 720 horsepower. In 2014, a race exhaust was offered that added an extra $10,000 t other price but reduced the weight and increased low rpm power.

In 2016, the SuperVeloce coupe was released with carbon fiber on the interior, a new rear wing, a boost to 740 horsepower and a one second decrease in acceleration speed from zero to 62 mph. It was also 50 kg lighter with the claim of being the 2nd fastest production car in the world. Just 600 examples were released for sale and marketed as the SV variant.

2017 was the final production year for the Aventador but a 2018 model would be forthcoming. Although it was nearing the end of its run, it still received a refresh. The design team of engineers added “Ego” mode to the Lamborghini Active Vehicle Dynamics suspension. This allowed drivers to set individual custom settings for the steering, drivetrain and dampers. The exhaust was reduced by 20% with a new triple tip system.

The 2018 Aventador was not offered in a base model. Instead the Aventador S with a 740 horsepower engine was offered. The last version of the vehicle received rear wheel steering, recalibrated driving modes, and a revised exhaust tuning. it was offered in both coupe and roadster variants. This would be the most powerful Aventador offered and the starting price was raised from 248K in 2011 to 360K in British Pounds. Production was eased back with fewer examples released as it entered its final year of production.

Common problems to watch for in a used Lamborghini Aventador

Although the Aventador was arguably one of the most desired Italian super cars of its day (which was not that long ago), it wasn’t without its share of issues. Although the automaker made a lot of great tweaks to bring the vehicle to perfection, there were some issues that cropped up with a decent frequency, enough to make mention of potential issues you may find when browsing through available used Aventadors.

The Aventador was notorious for sending a warning message to drivers that says “Clutch Overheat.” Although Lamborghini has built in quite a few air vents, the design has not prevented clutch overheating. Owners have reported that this happens the most frequently when the driver makes low rev shifts in Strada mode, but the car tends to overheat when it is sitting in traffic idling for extended periods of time. It’s wise to check out the clutch before you buy.

Another flaw in the components of the Aventador is with the exterior lighting system. The Headlights that were installed on the 2011 and 2012 models were recalled from the manufacturer because they were not aimed vertically. The horizontal only alignment provided a huge potential for loss of visibility in dark conditions and it increased the chances of crashing.

The 2012 Aventador was plagued with a host of technical issues. There were flaws in the massive computer system that frustrated drivers with glitches and bugs in the technology. Although the issues were fixed by the time that the 2013 edition rolled of the lines, those with the old computer system are worth checking out fully to make sure that they are functioning at normal capacity.

Between the years of 2012 and 2017, the fuel system was found to be seriously and even dangerously flawed. There were 1,400 models of the Aventador that were impacted by this issue. Under the right kind of driving conditions, drivers with a full tank of gas were at risk for serious injury or death. Gas could feasibly come into contact with the hot exhaust system creating a risk of fire. The fuel system issues resulted in a recall of all these models, but it’s still good to check and make sure that the vehicle you’re considering has had the fuel system replaced or modified to address the problem.

While the engines in the Aventador are generally solid, the transmission in the 2012 model year present a different story. A faulty design of the component caused the seal to leak resulting in partial or total transmission failure. This happened the most often in the 2012 Aventadors more than other model years.

The stiffer suspension that was designed for the 2012 model year of the Aventador created issues for unskilled drivers. It caused the car to jump and skip at times. This presented an increased chance of accidents occurring.

Getting a good deal on a used Aventador means finding one for a price that is at or a little below $150,000. That can be tricky if the car is in excellent condition and this is the minimum that you can expect to pay. The best advice that we can give is to know everything that you can about the specs of the vehicle, inspect it for visual signs of wear or use of aftermarket parts, and take it for a test run. Make sure that it’s in top running condition and free of any of the common issues found in Aventadors.