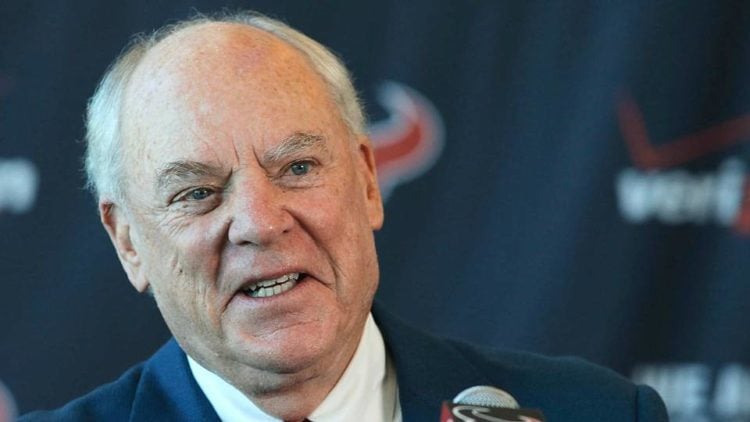 Everyone has a story to tell; even babies would have lots to say to us if only they could talk. We cannot talk about football in the United States without mentioning Texans owner Robert McNair. He may have died, but his story lives on, and here are a few facts to help those who barely know the man, gain a little more insight.

Cancer has become a menace; making victims suffer in pain but still, there is no cure and even the wealthiest people who can afford to feed some third world countries for a year or more, are not spared. Robert was a billionaire, but there are things money cannot buy, and health is among them. He, therefore, fought a brave fight against cancer for over two decades, and although it is not clear if it was the disease that killed him, most speculate that it might have been. Besides, the fact that he had also battled chronic lymphocytic leukemia did not make things any better for him.

2. He had a large cogeneration company

Everyone has their own way of making money, and when luck strikes, nothing can hold them back. For Robert, he was fortunate enough to have started a company that made him rich in less than twenty years. Robert founded Cogen Technologies in 1983 and built it to become one of the biggest cogeneration companies worldwide. In 1999, he became a billionaire by selling the company for $1.5 billion to Enron in stock and cash.

We are told that nothing we have in this world will help us in the next one where we all are heading to, but that does not mean we cannot make our lives as comfortable as possible. After all, no one knows for sure what the world yonder holds for us. Robert, therefore, amassed wealth in his life even after selling Cogen Technologies for $1.5 billion. He was still an active entrepreneur, and by the time he was laid to rest, his net worth stood at a staggering $3.8 billion, joining the list of richest people in the world.

4. He was very philanthropic

The hand that giveth is the one that receiveth is a verse from the Bible, and maybe that is what Robert believed in because he was a charitable man. Perhaps that is why his wealth continued to grow. By the time of his death, Robert had given away more than $500 million to different organizations; educational, scientific, religious, and literary. Besides giving away money, he also was a mentor since we all know that money cannot solve some problems. He, therefore, acted as a father figure to most youth, making his death a major loss to the community.

5. He believed one should invest in what he understands

The world of business is not one to enter without having any clue about the basics. According to Robert, one should also only invest in what he understands, and since he understood energy as evidenced by the rise and rise of his company before it collapsed, Robert’s portfolio comprised 35% of energy stocks. Still, he was a shrewd investor and knowing that the energy industry can fluctuate, diversified with stocks in other industries he had invested in Coca Cola, Prosperity Bancshares, and Pfizer.

Whether it is for the love of the game or purely business, Robert did make a mark in the Texan community when he decided to establish Houston NFL Holdings to bring a professional football team to Texas, in 1998. His ambition paid off because the following year he was awarded a franchise and the team, Houston Texans, began playing in 2002 bringing the total number of NFL teams to 32. However, it was not for free. Robert had to part with $700 expansion franchise fee, but it was all worth it because the team had more than quadrupled in value by the time Robert passed away.

7. He wanted to be a builder

We all have aspirations when we are young about how we would like to earn a living, and Robert thought that he would become a builder. He, therefore, enrolled for a civil engineering course at the University of South Carolina. However, after realizing that most of the civil engineers were spending time in swamps swatting mosquitoes, he decided to change majors to a liberal arts degree in psychology, and that enabled him to get in the power business.

8. He was a persistent businessman

Most people who are yet to learn that business takes time to be successful will give up at the first sign of trouble. Robert knew that persistence pays, and although his determination to be an entrepreneur was not successful at first, he made it big in the long run. After college, Robert started a trucking company, but it failed, prompting him to establish Cogen Technologies. After selling Cogen, Technologies Robert began Cogene Biotech Ventures in 2000, but it shut down in 2006. He still tried his hand in horse farming by establishing Stonerside Stable, which was a thoroughbred Horse farm in Kentucky. He did quite well even earning a few awards for outstanding services but later sold it in 2008.

9. He was an avid political donor

Politics is a dirty game played by gentlemen, or so the expression goes. Robert did not shy away from supporting those he believed in, and somehow, most of his donations went to Republican politicians. For instance, in 2012, the total amount of donations going to support Mitt Romney’s presidential campaign amounted to $3 million. Also, Robert donated to other Republican candidates such as Ohio Senator Rob Portman and Texas Senator Ted Cruz. He, therefore, was among the top political influencers through his generous donations.

10. His team is now owned by his wife

Robert became famous for owning a team in the NFL, but then the legacy must continue. When he died, his wife, Janice became the principal owner of Houston Texans while Cal McNair, his son, who had held the Chief Operating Officer while his father was alive rose to become the team’s Chief Executive officer and Chairman.