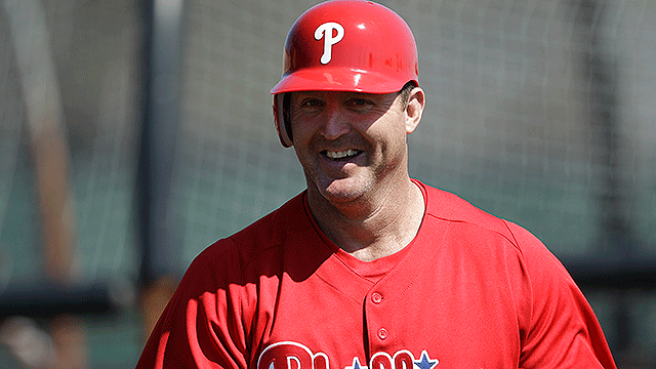 Jim Thome is a former American baseball player turned businessman. He was best known in his baseball days as someone who was a consistent slugger. The statistics indicate that he had the highest “three-true-outcome” percentage in “league history”, with approximately 47.6% of his appearances at the plate resulting in a walk, home run, or strikeout. He was also able to hit a home run in his business career, which he was able to expand once he left the field. Thome has worn a variety of different hats since his playing career. It seems that the best business he has is his baseball brand. He commands tens of thousands of dollars as a “speaker” and inspires people wherever he goes with his upbeat attitude and positive demeanor. Thome has also shown interest in the business side of baseball. He joined the White Sox front office in 2013 as assistant general manager. It was assumed when taking this job that he was slowly working his way towards a manager position in the Major Leagues. This prediction now seems prescient because he was recently named the manager of the American League team in the All-Star Futures Game. This a game that features up-and-coming baseball prospects from around the United States and the entire world.

It is clear that when Jim Thome retired, he wanted to continue to have a presence in baseball. He is also a savvy businessman who has many different entrepreneurial aspirations. It has been reported that Thome has a net worth of over $80 million dollars. He has also allotted a large portion of his wealth to charity, giving to a wide variety of organizations. Many wonder how he was able to accumulate so much wealth over the years. Most of his net worth comes from his baseball playing days. He signed several large contacts, including a contract with the Philadelphia Phillies that was worth over $85 million. Jim Thome has continued to expand his empire by doing managerial and other professional work for baseball organizations. While the pay is not as high as it was in his playing days, he is still able to command a salary of over $1 million dollars.

One of the reasons that Thome has had such financial success is his ability to be a leader in the clubhouse. He is often voted as one of the most friendly MLB players and is a great leader in the clubhouse. This gave teams extra incentive to sign him to long-term contracts. It was assumed that he would provide guidance in the clubhouse that was more than worth the money that the teams were willing to pay for his baseball skills alone. The culmination of his personal and professional accomplishments resulted in his induction into the Hall of Fame in 2018. It is clear that Thome has shown excellence both on and off the field, leading him to be a favorite of fans and his peers in the clubhouse. Thome’s primary business is the business of furthering his baseball career and caring for his family. This success could not happen to a nicer guy, which is why it is so great to see Jim Thome succeeding in multiple areas.

But Thome’s influence goes far beyond the baseball field. He and his wife Andrea Thome found themselves at the center of a fight against a major corporation that people blame for the highest cancer rates in the nation. Sterigenics was a company that specialized in sterilizing medical equipment, but a new lawsuit claims that it released carcinogenic chemicals into the surrounding areas. In fact, the EPA estimated that the likelihood of cancer in the surrounding area was increased 9-fold relative to the national average. Sadly, both of Thome’s in-laws succumbed to disease only a few years after moving to the Chicago suburban area. Thome and his wife, Andrea Thome, decided to spring into action to stop the plant from spewing chemicals into the community. They put their fame and money to good use to raise awareness and put pressure on the Sterigenics. By advocating for their cause they, along with other advocates, were finally able to secure a victory in forcing Sterigenics to be shut down. The Thomes used their power for a good cause and likely saved hundreds or thousands of people from getting cancer. This is just another example of Jim Thome using his fame as a positive force in the world. Without their weight thrown behind the issue, Sterigenics may have been able to continue polluting the neighborhoods surrounding its plant.

Throughout the years Jim Thome has proved that there is not much that he can’t do. Whether succeeding in baseball or business he has relied on a few key principles. One of his guiding principles is focusing on the task at hand and using dogged grit to get the job done. This is a message that Thome has continued to spread throughout his playing career. Focus on the day-to-day tasks that must be done and the outcome will take care of itself. The message of slow and steady improvement is not only applicable only to baseball, but also to life. When Thome first entered the baseball arena, not many believed in his skills. He was oversized for most positions and was deemed to be too slow to be a professional athlete. But, none of this stopped Jim Thome from becoming a decorated MLB player who made it all the way to the Hall of Fame. It is undeniable that Thome serves as a great example of what hard work and determination can achieve. It is also good to realize that Thome achieved this by being both an honorable and nice guy. He provides undeniable proof that nice guys can finish first.

It will be interesting to see how Thome continues to conduct himself in his new career as a baseball manager. It is clear that he is progressing in the profession and it is possible that he will be managing a Major League team in the next handful of years. If nothing else, we know that Thome will bring the same set of skills to management as he did to his designated hitting career.